As a new variant of concern circulates, experts say Nepal needs to step up preventive measures

As a new variant of concern circulates, experts say Nepal needs to step up preventive measures

The emergence of the new variant has thrown many countries into panic, with many of them, including Nepal, imposing travel restrictions on passengers from South Africa. 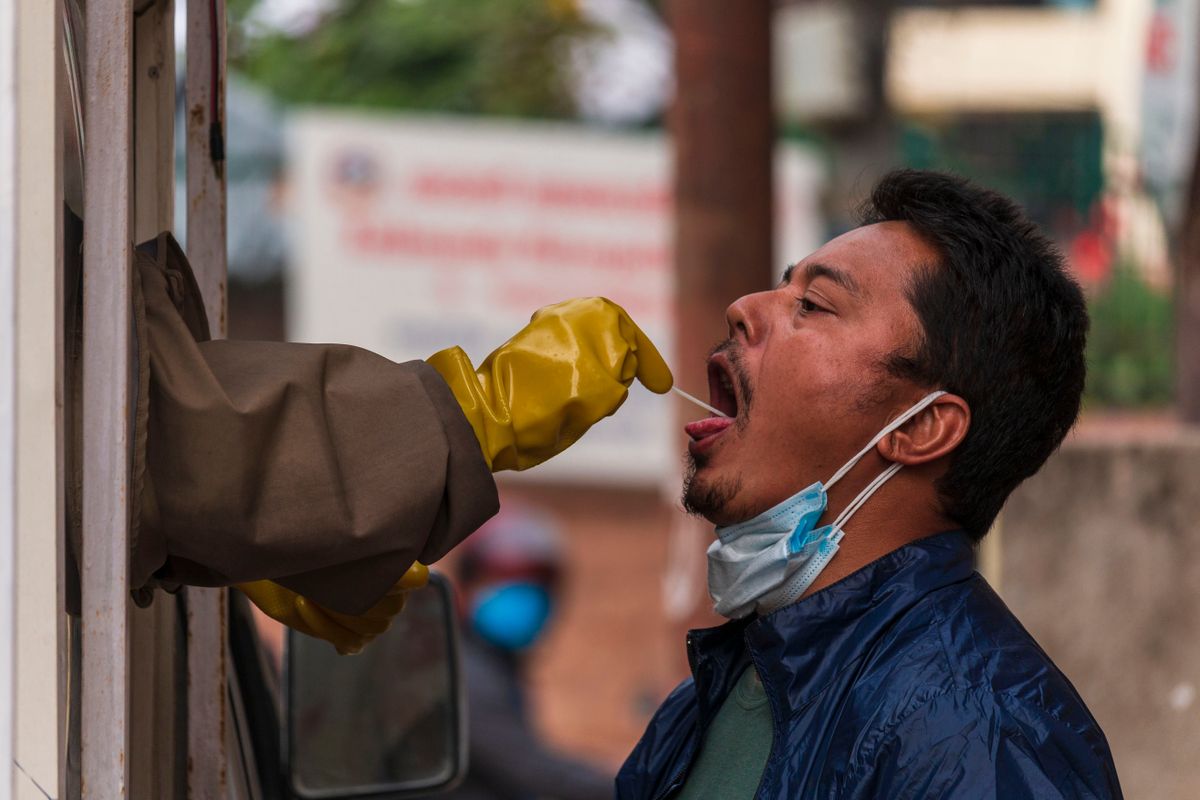 Just as vaccination rates were rising and Nepal had comfortably opened back up, a new ‘variant of concern’ of the Covid-19 coronavirus has emerged as a damper on any hopes of a return to the normal. While the variant, dubbed ‘omicron’ by the World Health Organization, has not yet been detected in the country, public health officials say that Nepal must remain vigilant and take all necessary precautions.

“This variant is mutated and even has mutations on its spike protein,” said Dr Prem Pandey, a physician at Alka Hospital and a consultant with the government’s Covid-19 Crisis Management Coordination Center. “Some researchers are of the opinion that the variant may be resistant to existing vaccines, but that is still debatable. Nepal doesn’t have to panic right away but we need to be on high alert considering that cases might already have been identified in India.”

A new variant of the coronavirus with a much higher number of mutations was first identified by scientists in South Africa on November 24. Two days later, on November 26, WHO deemed the variant ‘omicron’ and declared that it was a ‘variant of concern’. The variant is believed to have at least 50 mutations with 32 on the spike protein alone, which is the part of the virus that enters human cells.

“The ultimate target of the virus remains the respiratory system but it's important to acknowledge that WHO has included two new symptoms specific to the variant: sore muscles and fatigue over a period of time,” said Dr Pandey. 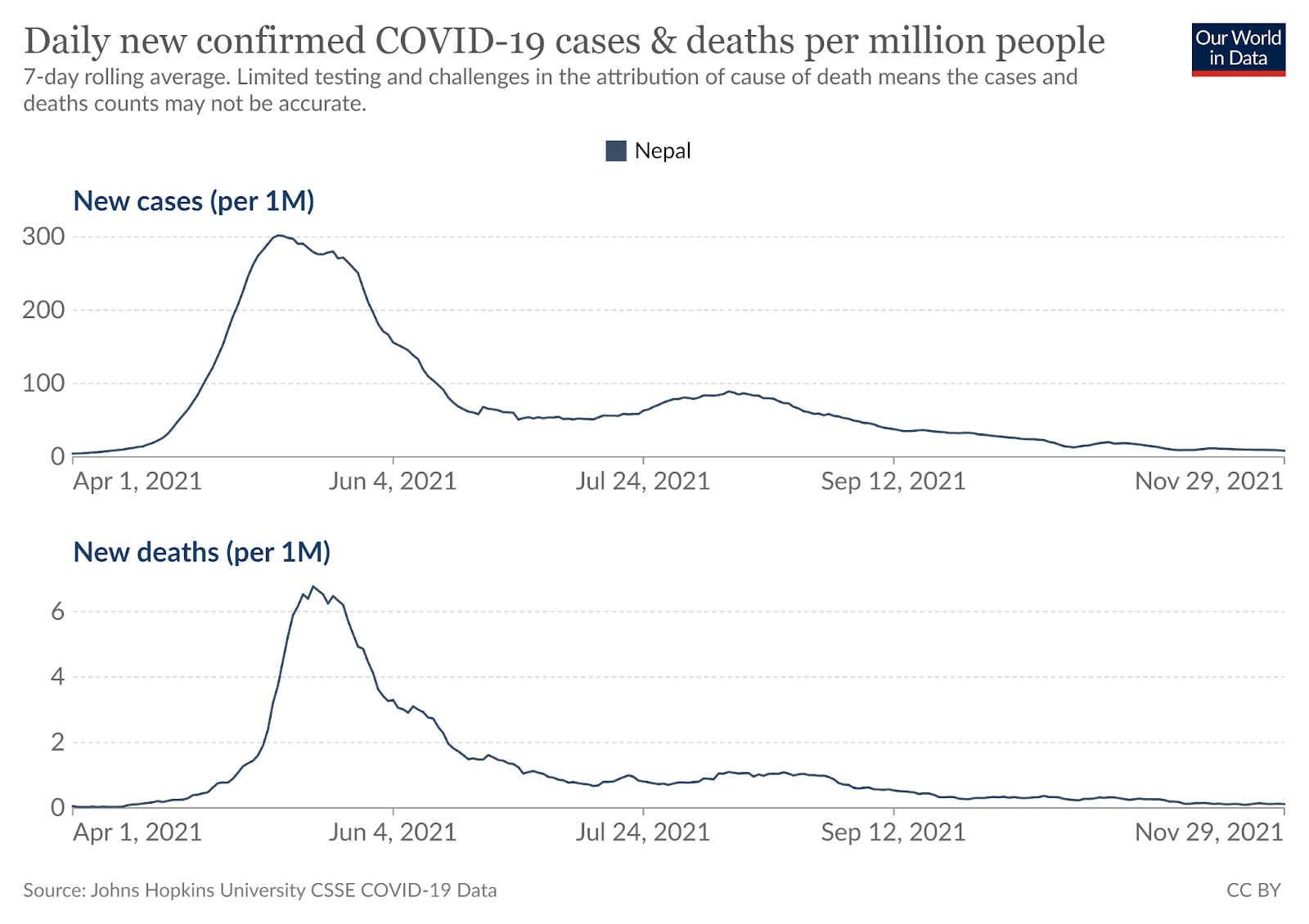 As omicron is still relatively new, not much is definite about the variant. WHO has yet to confirm whether the variant is more transmissible or that it causes more severe symptoms in patients, but it did caution that “preliminary evidence suggests there may be an increased risk of reinfection with Omicron (ie, people who have previously had COVID-19 could become reinfected more easily with Omicron), as compared to other variants of concern, but information is limited.”

Public health officials too warn about the dangers of a highly transmissible variant and the need to strengthen procedures put in place previously.

“We need to create a system to take tests at the airport and along the borders of the country,” said infectious disease specialist Dr Anup Subedee. “It is necessary to reintroduce the quarantine system and even create safe isolation centres. We need to have a mechanism in place before the rise in cases overwhelms the entire system.”

The Nepal government, however, is already being criticized for the transfer of Dr Anup Bastola, director of the Sukraraj Infectious and Tropical Diseases Hospital, to SAARC TB and HIV/AIDS Center. Dr Bastola had been critical to Nepal’s response to the Delta variant wave of the Covid-19 crisis earlier this year as director of the major frontline hospital.

As news of the new variant emerged, the CCMC held a meeting on Sunday to discuss potential strategies going forward but nothing concrete was decided.

“We have implemented three measures to curb the outbreak -- surveillance, vaccination, and public awareness,” said Dr Samir Kumar Adhikari, assistant spokesperson for the Health Ministry. “These measures should be adequate as the new variant has not been detected in Nepal and as long as these three measures remain in place, the variant should not spread in Nepal.”

As of Monday, 27.6 percent of the population had been fully vaccinated while 32 percent had received at least one dose, according to the Health Ministry. Since the deadly delta variant wave in April, when nearly 6,000 people died, daily cases and deaths have continued to decrease steadily. Nepal is currently seeing an average of roughly 250 daily cases along with less than half a dozen daily deaths.

According to public health experts, the vaccination campaign has contributed significantly to the decrease in cases as has the worldwide contraction in cases of Covid-19. 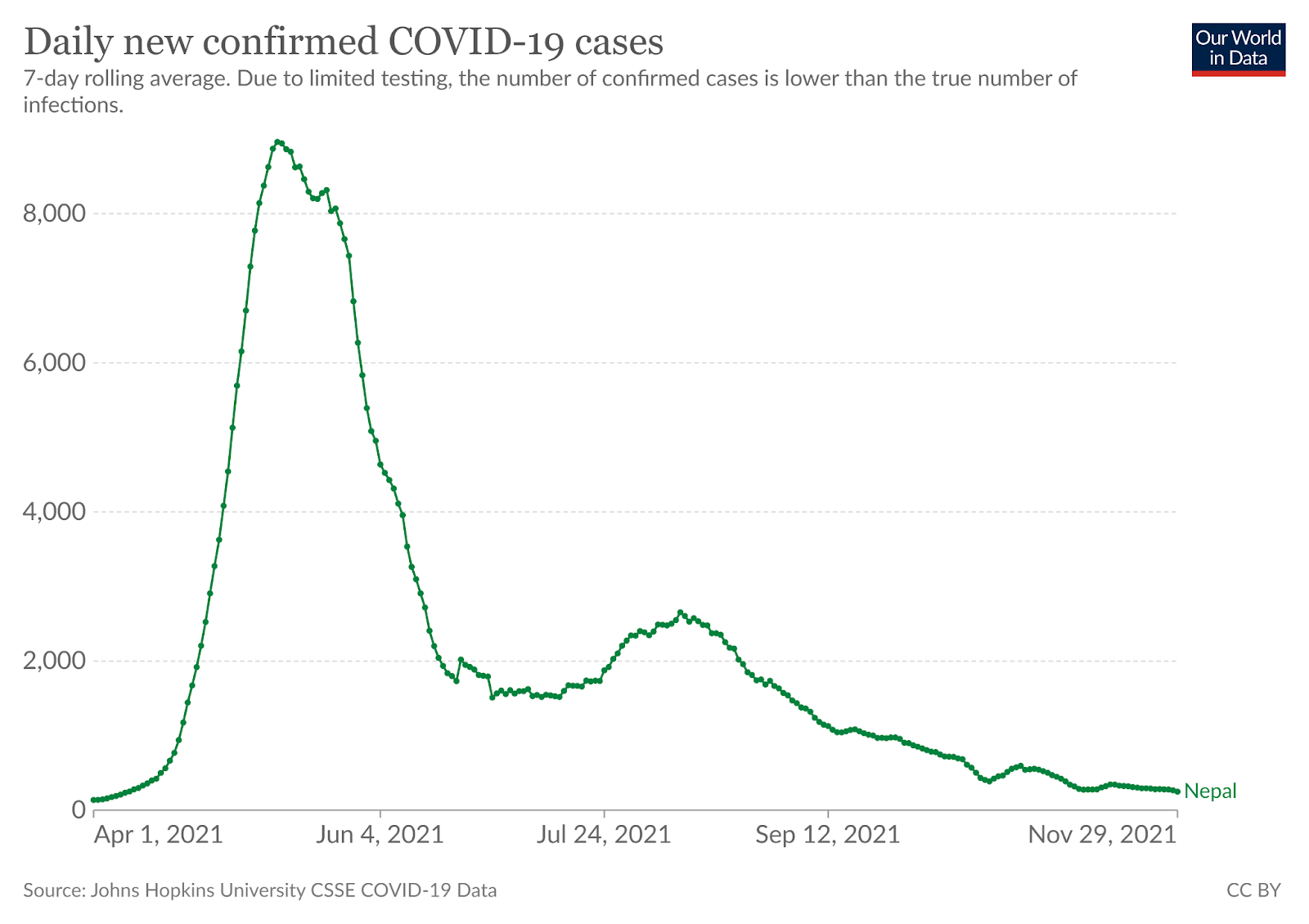 The omicron variant, however, threatens to put these gains at risk. Scientists around the world are assessing how the vaccines currently in use will fare against the omicron variant. While WHO too has said that it is studying the effectiveness of current vaccines, it warned that “it is vitally important that inequities in access to COVID-19 vaccines are urgently addressed to ensure that vulnerable groups everywhere, including health workers and older persons, receive their first and second doses”. For countries, WHO recommends “enhancing surveillance and sequencing of cases; sharing genome sequences on publicly available databases, such as GISAID; reporting initial cases or clusters to WHO; performing field investigations and laboratory assessments to better understand if Omicron has different transmission or disease characteristics, or impacts effectiveness of vaccines, therapeutics, diagnostics or public health and social measures.”

According to Dr Adhikari, the Health Ministry has been actively working to study cases of Covid-19 and has been coordinating with local level governments for surveillance and quarantines. But it is always prudent to step up preventive measures, especially when there is a variant of concern circulating, say public health experts.

“The government is not prepared,” said Dr Pandey. “We had a meeting with the CCMC where they only talked about precautions and the necessity to monitor the airport and the border. Much more needs to be done.”