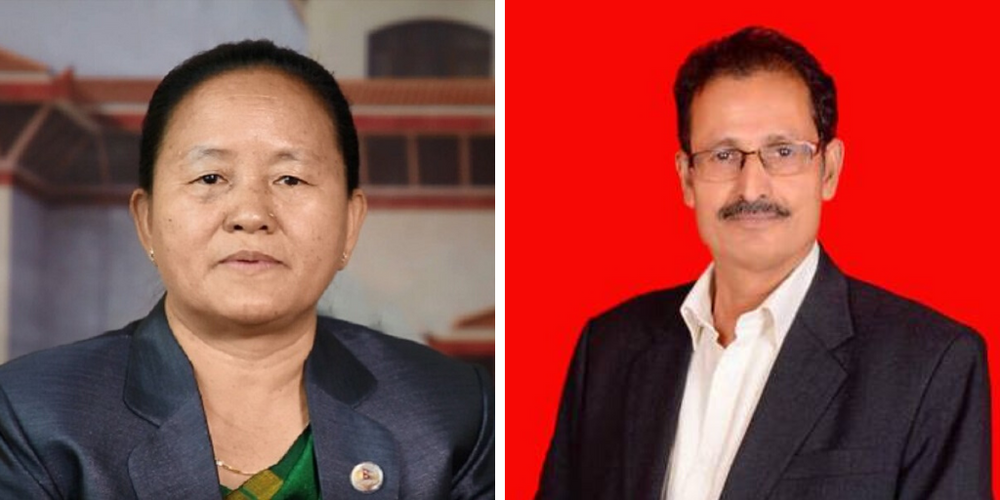 “The government will have the right to wiretap people’s phone conversation if the bill is endorsed,” NC spokesperson Bishwa Prakash Sharma said. He added that the party would launch protests if the bill, which has been tabled in parliament and is awaiting clause-wise deliberation, was not revised.

If the bill went into law, the government would be empowered to censor content online, including on social media, and punish offenders with up to five years’ imprisonment and a fine of NPR 1.5 million, according to Amnesty International.“Nepal was once envied by people across the region for its openness towards critical views and opinions. That reputation is now at risk as the government continues to crack down on what people say, write and even sing. The IT Bill and all other legislation must be amended and brought into line with international law and standards to guarantee people’s right to freedom of expression,” said Biraj Patnaik, South Asia Director at Amnesty International.

The government has defended the bill as necessary to prevent the spread of fake news and slanderous content in social media. Some ruling party leaders have, however, expressed openness to removing clauses stipulating penalties and jail terms for offenders.

After a month of factional wrangling, the ruling Nepal Communist Party (NCP) has agreed on Agni Sapkota as its consensus candidate for the post of Speaker of the House of Representatives. Senior leaders agreed on the issue at a meeting at the prime minister’s residence on January 19.  Sapkota, a lawmaker elected from Sindhupalchowk, is alleged to have ordered the killing of a school headmaster during the Maoist-state conflict.

Parliament’s Secretariat has repeatedly deferred the start of House proceedings since the winter session started on December 20, as NCP Co-Chairs KP Sharma Oli and Pushpa Kamal Dahal could not agree on who to appoint to the post. Oli’s preferred candidate was former speaker Subash Chandra Nembang. The post of speaker has been vacant since October 1, when then incumbent Krishna Bahadur Mahara resigned ahead of being arrested and charged with attempted rape.

Read also:  Mahara may stay fired but his case is unlikely to help the metoo movement

Deputy Speaker Shiva Maya Tumbahamphe, who had earlier threatened to summon the House and hold an election if the party did not nominate her, is expected to resign on January 20. She, and many commentators, have said that not elevating her to the post is an illustration of the sexist and patriarchal attitudes of the NCP.

Leaders say Sapkota will be appointed this week. His appointment is not yet a done deal, though—the NCP is under considerable pressure from civil society, rights groups and the international community who oppose the decision and reiterate their long-standing demand that Sapkota be investigated and prosecuted in accordance with the law.

War victims and rights activists have taken strong exception to the major political parties’ final recommendation for office-bearers for the two transitional justice bodies, the Truth and Reconciliation Commission (TRC) and the Commission of Investigation on Enforced Disappeared Persons (CIEDP). On January 18, the Nepal Communist Party (NCP) and Nepali Congress (NC) recommended Ganesh Dutta Bhatta as the new chair of the TRC and Yuwaraj Subedi as the head of the CIEDP. Bhatta, an associate professor at Nepal Law Campus, is close to the Nepali Congress, while Yuwaraj Subedi, a former joint attorney, is close to the NCP. “This is a betrayal to transitional justice,” tweeted rights activist Charan Prasain. The parties also recommended four members for each commission to Law Minister Bhanu Bhakta Dhakal.

The Rastriya Janata Party Nepal (RJPN), which last month allied with the Nepal Communist Party (NCP) to contest four National Assembly seats in the upcoming election, has issued a whip to its representatives to vote for alliance candidates. Elections for 19 vacant seats of the 59-member Assembly are to be held on January 23.

On December 18, the parties signed a two-point accord: the NCP would assist the RJPN to win two vacant seats, one reserved for a male candidate from the Other category and the second for a candidate from a Disabled or Minority Group from Province 2; in turn, the RJPN would support two NCP candidates for seats in the Women and Dalit categories.

On January 19, the Rijwan Ansari-led Sanghiya Samajwadi Forum Nepal (SSFN), an offshoot of the Samajwadi Party, also reached a two-point agreement with NCP-RJPN alliance agreeing to support the alliance in the National Assembly election. The alliance has a majority in the Province 2 Provincial Assembly.  This new equation further damages the fledgling opposition alliance including Nepali Congress, Samajwadi Party and few other indegenous that has been struggling to unite against the government.

Government spokesperson and Minister for Communication, Information and Technology Gokul Prasad Baskota on January 16 said the Government of Nepal—after taking all parties into confidence—would accept USD 500 million worth of aid pledged by the United States under the Millennium Challenge Compact. Speaking at the weekly press briefing at Singha Durbar, Baskota said that all major political parties were on the same page regarding the MCC.

“It’s something that has been endorsed by all governments that came to power since 2012. It is in Nepal’s interests,” Baskota said, repeating a point he has insisted on in every press engagement in recent weeks.

Some leaders from his ruling NCP are calling on the government to reject the fund, describing it as a component of the United States’s Indo Pacific Strategy, which seeks to strengthen US cooperation with the region stretching from India to the west coast of the United States. Analysts see this a strategic counterbalance to China’s increasing geopolitical power and ambitions.

Some NCP leaders including party Co-Chair Pushpa Kamal Dahal are sceptical of the Nepal’s possible participation in this strategy. They fear that it is a means of undermining China’s Belt and Road Initiative and that participation risks turning Nepal into a playground for international powers.

Government spokesperson and Minister for Information, Communication and Technology, Gokul Prasad Baskota, on January 16 said he was not aware of any threat to Nepal Communist Party (NCP) Standing Committee member Bhim Rawal from the prime minister’s kitchen cabinet.

Baskota said Rawal should disclose who threatened his life. “There is no truth in it,” the minister insisted. “If he really received threats, he must say who threatened him and from which phone number.”

Sources close to Rawal said that Surya Thapa, prime minister’s press advisor, had invoked British Princess Diana’s death in a veiled Facebook post that Rawal thought  was targeted at him. Of late, Rawal and Thapa appear highly critical of each other in public forums.