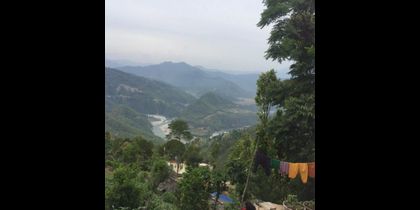 Nearly three months after the brutal murder of six youths, over an inter-caste relationship, in the district of Rukum (West), the federal government has announced that they will provide a compensation of Rs 1 million to the families of the deceased and bear all the medical expenses of the 12 youths injured in the incident. The Cabinet took this decision on August 10, but only made it public the following day.

The government’s decision has been met with suspicion by the victims and their families: they are afraid that accepting the blood money will weaken their struggle against racial discrimination and that the perpetrators of the incident will go unpunished.

“Since the case is under consideration at the court, we fear the case will be dismissed if we accept the money. For us, justice is more important than money. We are already poor, but we don’t need money at this point,” said Urmila Nepali, mother of Nabaraj BK.

On May 23, Nabaraj BK, 21, and a group of youths from Jajarkot had gone to Soti Village, at the behest of his girlfriend, Sushma Malla, 17, to bring her back as a bride. But Soti’s villagers attacked the youths with sticks and stones and chased them down to the Bheri River. At the riverbank, six youths, including Nabaraj, were brutally killed and reportedly thrown into the Bheri River.

Angered by the murders, the victims and locals staged massive protests in the district, which ultimately spread all across the country. The protests forced the government to form a parliamentary probe panel, which recently concluded that the incident was driven by caste hatred, and also highlighted the police’s poor handling of the investigation.

Currently, the Rukum (West) District Court is conducting hearings into the matter. After conducting a preliminary hearing of the case, the court remanded to custody the 23 individuals accused of murder, including village chief Dambar Bahadur Malla and the father of Sushma, Bir Bahadur Malla. They will remain in custody until the final verdict is issued. Sushma and her brother, Laxman, have been taken to separate juvenile centres, whereas her mother, Prakashi, has been released on bail, along with two others accused of the crime.

According to the survivors and villagers, Prakashi had hurled a stream of racial slurs against Nabaraj and had summoned the locals, instructing them to attack Nabaraj’s group. The locals are thus incensed that the court has released Prakashi on bail: they say she was the one who incited her villagers by using casteist rhetoric, framing the conflict as a caste-based one.

Deeming the mass-murder case as one born of racial discrimination, and pointing to the flawed judicial processes involved, rights activists and organizations such as the United Nations have expressed keen concern about the overall justice-delivery process.

It was to prevent the locals’ frustration from boiling over that a Cabinet meeting of the federal government on Monday decided to provide cash incentives to the deceased and bear all the medical expenses of the injured youths. But the victims are wary of the offer: they feel that the cash-compensation solution was designed to pacify their anger and weaken their court case.

Of the six deceased, four were from historically marginalized, dirt-poor Dalit communities. Some of the deceased youths had dreamt of going to Gulf nations to make much-needed money for their families. The rest were getting by on menial work and operating small businesses. As for Nabaraj, he had been shortlisted for a police job.

The government’s recent response is similar to many others they have come up with in the past. Be it the killings committed by army personnel in Bardiya National Park or the rape-murder case of Nirmala Panta, the government routinely resorts to offering cash compensation to the victims--in order to pacify protesters and negotiate justice.

Read more: Dalit deaths and the longevity of caste

Civil society members, however, have asked the victims to reconsider the cash compensation, saying that it was part of the support provided by the government--especially owing to their perennial struggle for justice. The Struggle Committee’s head, Nagendra Shah, and other civil society members have suggested they should accept the cash compensation.

“We have decided not to accept cash support for now,” said Urmila, Nabaraj’s mother.

Prior to the recent compensation offer, the Karnali Province government had also allotted Rs 100,000 to each of the deceased. That money, sent to the Jajarkot District Administration Office, has not been distributed so far because the victims have refused to accept it.

Ten photos that reveal the pain of migrant workers