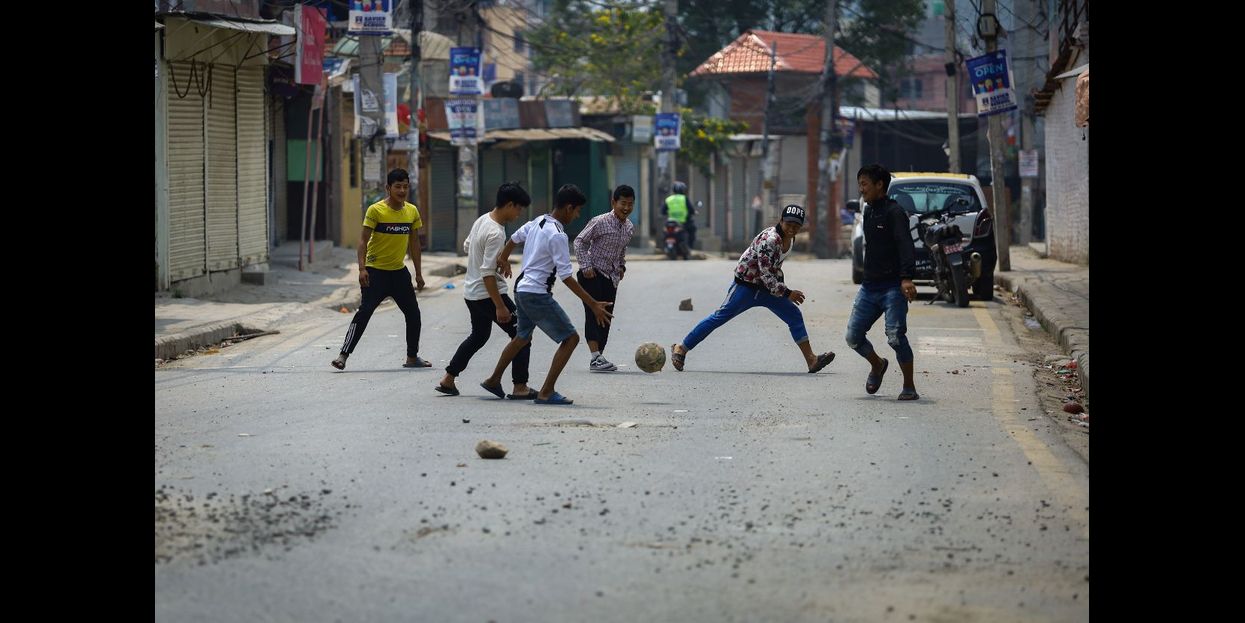 The total number of Covid19 cases in Nepal has reached 59 with the confirmation of two new cases on Friday. The Ministry of Health and Population said that two men, aged 25 and 60, were found to have tested positive for the virus based on PCR tests in Rupandehi and Nepalgunj respectively. Both are under medical observation. Meanwhile, health authorities have started tracking and taking samples from family members and friends who they were in contact with.

Sixteen people have already been discharged after successful recovery as of Friday, according to the ministry.

Prime minister KP Sharma Oli has accused the media of trying to push the country toward another round of instability and backwardness.

“The government, cadres of the ruling Nepal Communist Party and citizens will not tolerate such efforts to create instability,” Oli said in a video message released on occasion of the International Labour Day on Friday.

The PM’s remarks come at a time when Oli has been under increased media scrutiny for his attempts to consolidate power while taking advantage of the Covid19 pandemic. The government has also come under criticism for failing to come up with effective assistance for migrants and the poor.

Health minister Bhanu Bhakta Dhakal has signalled that the government may relax restrictions on emergency services and certain economic sectors after 7 May. Speaking at a meeting of the Legislative Management Committee of the National Assembly on Friday, Dhakal said that the government was doing homework to ascertain those services and industries.

“Many people with preexisting health conditions have not been able to go to the hospital. This should be addressed,” said Dhakal, stressing on the need to slowly return to normalcy.

The continued sharp decline in working hours globally due to the Covid19 outbreak  means that 1.6 billion workers in the informal economy, comprising nearly half of the global workforce, stand in immediate danger of having their livelihoods destroyed, warns the International Labour Organization.

According to the ILO’s report on Covid19’s impact on work, the drop in working hours in the current (second) quarter of 2020 is expected to be significantly worse than previously estimated.

Regionally, the situation has worsened for all major regional groups. Estimates suggest a 12.4 percent loss of working hours in Q2 as compared to pre-crisis levels for the Americas and 11.8 percent for Europe and Central Asia. The estimates for the rest of the regional groups follow closely and are all above 9.5 percent.

“The ILO calls for urgent, targeted and flexible measures to support workers and businesses, particularly smaller enterprises, those in the informal economy and others who are vulnerable,” reads a statement issued on May Day.

In Nepal, more than 70 percent of the economically active population is involved in the informal economy.

The spread of Covid19 has put migrant workers at an even greater risk in the Gulf Cooperation Council, a bloc of six countries comprising Saudi Arabia, the United Arab Emirates, Bahrain, Kuwait, Oman and Qatar. The countries host the majority of the estimated 23 million migrant workers, including about 1.5 million Nepalis, living in the Arab states.

“These are some of the richest countries in the world. Sadly, they have also become notorious for the systematic abuse and exploitation of the migrant workers who contribute so much to their economies. Unpaid wages, forced labour, dangerous working conditions and unsanitary accommodation facilities are too often part and parcel of the migration experience,” Amnesty International said in a statement, calling on the governments in these countries to ensure the right to healthcare, adequate housing, social security and just working conditions.

The Human Rights watchdog has also called on the GCC governments to revise the sponsorship system, also known as the kafala.

All GCC states operate versions of the kafala sponsorship system which ties the workers’ legal right to be in the country to their contracts. “This means people risk being imprisoned or deported if they leave their jobs without the permission of their employers. In Saudi Arabia, migrant workers cannot even leave the country without such permissions,” reads the statement.