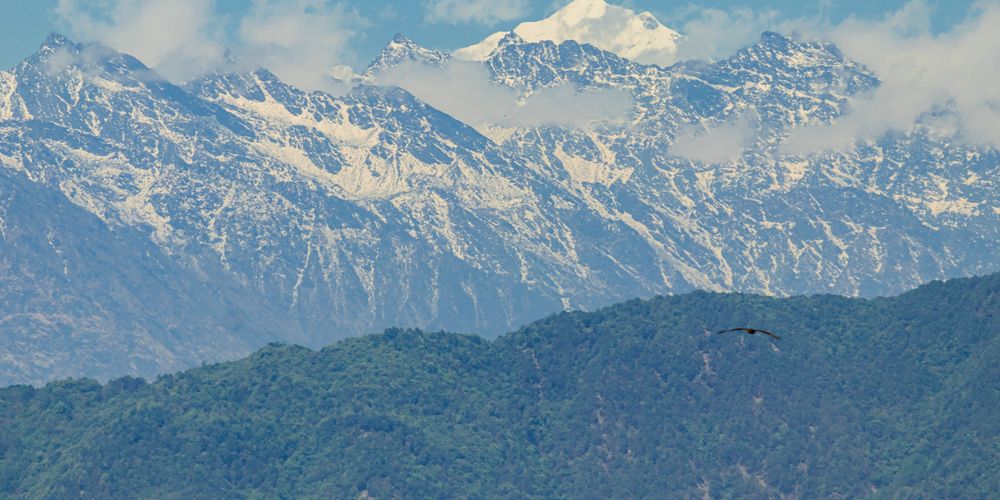 In the early and mid-1900s, when Sidney Dillon Ripley, an American naturalist, went on a mission to search for and collect mountain birds from major parts of the Hindu Kush Himalayan region, he may not have speculated the myriad of ways his collections would be used down the line. More than a century later, unique research in his collected specimens has offered insights to understand how mountain birds thrive even in the frigid cold of the Himalayas.

Published in the journal Ecography on February 15 earlier this year, researchers concluded that at high elevations, Himalayan birds adapt to the frigid cold with thicker and longer feathers.

“I think these tiny mountain birds are like the superheroes of the bird-world,” said Sahas Barve, lead author of the study who works at the Smithsonian Museum of Natural History in the US as a Peter Buck fellow. “They adapt so well to such harsh conditions.”

Barve, who has been studying mountain birds for more than 11 years, had an intriguing experience that inspired this research. He was out in the wild at negative 10 degrees Celsius in the high hills of the Kedarnath Wildlife Sanctuary in Uttarakhand, India, carrying out a behavioural study of birds as a part of his PhD fieldwork when he encountered a sugar-spoon-sized Himalayan bird, the Goldcrest, passing through treetops. While noting down its behavior, his fingers numbed with cold, yet the little bird was there — squeaking, chittering, fluttering — as if the cold was nothing of its concern. Barve had wrapped himself in three layers of clothes and this bird, he casually wondered, ‘how thick of a jacket did it wear?’

To turn a casual wandering into dedicated research, of course, needed a lot of things. But first and most of all, Barve needed the birds. “If I had to collect these mountain birds, ranging from Myanmar to Kashmir, on my own, it would have taken me probably 10 years [or more] to catch in the first place,” Barve said. Instead, he received support from Dilan Ripy and his colleagues who had collected major Himalayan birds at the Smithsonian Natural History Museum.

“We never would have been able to get at this more general pattern of evolution without the Smithsonian's collections,” said Barve. The process was quite rigorous and the team collected chest feathers from the 1,700 Himalayan bird specimens that belonged to 259 species. He was given access to visit the museum once a week and he shot the photographs of each feather through a special light and stereo microscope cameras.

Especially the tiny birds, researchers noted, had a dominant down section and comparatively longer feathers. “If each feather is longer, then they overlap more, creating a bigger, thicker jacket to increase the overall insulation,” said Barve.

But the result wasn’t consistent with all bird specimens. Barve and his team found that larger mountain birds had relatively reduced down sections than smaller ones, which may suggest that larger birds depend less on their down feathers for body warmth than smaller ones.

“I think it is quite a predictable phenomenon that mountain birds have higher downy sections with increased elevation,” said Anuj Ghimire, a bird researcher, who is not involved in the current study but is investigating the impact of environmental stress on birds’ growth at North Dakota University. “But I was intrigued to know the counterintuitive relation between the bird's body size and elevation. I mean, without this research, we may have assumed that regardless of body size, birds have increased insulating feathers with increasing elevation. It's quite intriguing!”

It may be a phenomenon not only limited up to the Himalaya but widespread across the globe throughout all the passerines. But more research is necessary to confirm it.

Research like Barve’s also provides an understanding of how birds are adapting to climate change. Museum specimens, even if they are from the 1800s or 1900s, contain details about the location and elevation they are collected from. Comparative research about their availability at present could tell us how our ecosystems and habitats are shifting due to climate change.

For now, Barve is checking this pattern in mountain birds from across the South American Andes. “A large proportion of Nepal lives in the mountains and these birds in our backyards doing wonderful things,” he said. “There is still so much we do not know.”