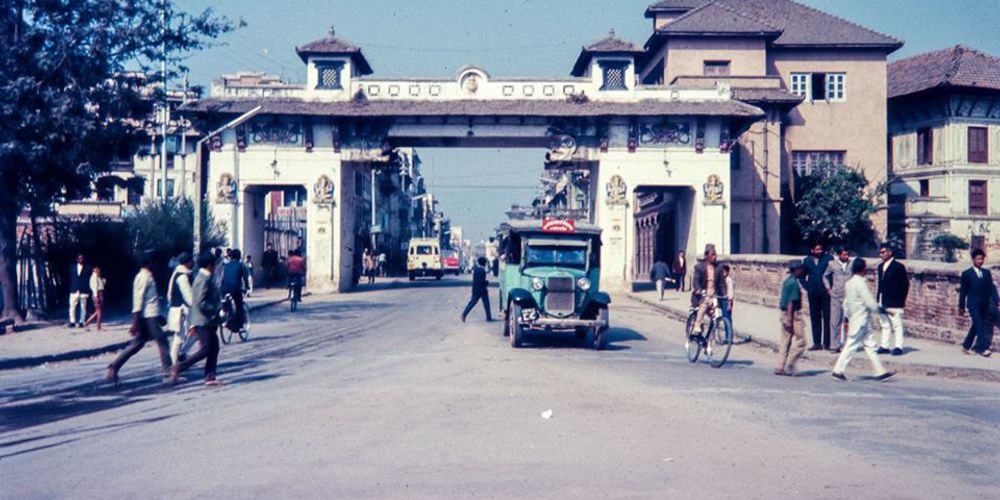 While many have likely heard about the massive fire that destroyed most of Singha Durbar in 1973, perhaps only few know that there are photographs capturing that fateful blaze.

Thanks to a Facebook page ‘Old Photo of Nepal’, old and rare photographs, like images from this day, as well as some audio and video materials, have come out from the albums and collections of their owners to a public platform where they are available for everyone to see.

Although a few institutions such as the Madan Puraskar Pustakalaya began archiving old, rare photographs decades ago, a concerted effort at collecting, archiving and digitizing photos and videos and studying them is a relatively recent phenomenon in Nepal. Photo Circle, founded in 2007, and its initiative, Nepal Picture Library, started in 2011, have emerged as successful initiatives devoted to collecting, archiving and digitizing photography. These have become invaluable resources for the study of Nepali history.

‘Old Photo of Nepal,’ operating alongside Nepal ka Purano Photo haru and Photo Museum Nepal as subsidiary pages, is different from institutional archival efforts. It stands out because of its regular stream of content and the volume of photos by different amateur photographers. The page allows anyone to share their photos— democratizing the process of digital archiving and making public the images that may have otherwise been private in a dusty photo album in somebody’s home.

It was a small group of individuals with a love for old and rare photographs who launched this page in 2014 by sharing photos from their personal collections.

“We’re all individuals from different backgrounds and countries including Nepal, and the US, Scotland, France, Australia, and Canada who had traveled to Nepal in the 1960s and after, as travelers, hippies or Peace Corp Volunteers, ” a founding member and admin of the page told me. He added that the founders do not want to disclose their identities since they want to focus on the photographs and not themselves.

The page instantly generated interest among other enthusiasts of old photos who also began uploading photos from their own collections, and the page’s followers and users increased.

On the page, followers can see the double decker buses that brought hippies to Kathmandu from parts of Europe, and the trolley buses that were an important form of public transport in the 1970s.

There are many photos on the page from Nepal’s hinterlands captured by Peace Corps volunteers in the 1960s.

John Greer, a peace corps volunteer who was in Nepal between 1967 and 1969 working on irrigation and other development projects, told me that in his time in Nepal, he took troves of photos from Surkhet, Dailekh, Pokhara, Nepalgunj, and Kathmandu. This was true of most volunteers coming to Nepal, and their photos offer a window into the lives of Nepalis from decades ago that would otherwise be difficult to find.

Greer’s photos include those of the landscape of where he lived and traveled, of his host family going about their daily lives. One photo shows people crossing the Karnali river in a canoe, another photo from 1967 shows a Tharu man in Surkhet wearing a loincloth, curiously peering through a telescope.

A photo by volunteer Doug Hall shows a wedding procession going from Banepa to Panauti in 1969, the band leading with the traditional panche baja and the bride sitting in the traditional palanquin – doli. Stuart Ullmann’s photo shows women pinning oil from mustard in a traditional wooden mustard oil press in 1964 in Kaski, while Carl Hosticka's photo from Gulmi in 1966 shows girls separating kernels of rice from husks. One by Don Messerschmidt shows a porter crossing a suspension bridge on his way to sell his clay pots in Dolakha in 1968. All of these are practices and traditions that have slowly begun to disappear, and for many young followers of the page, the photographs are a way to see what life in the hinterlands was like in the decades past.

While there are photographs that highlight change, there are also photos that show how some aspects of life in rural areas in Nepal remain constant. Stuart Ullman’s photo from 1964 shows a trail of young girls adorned in gunyu cholos, bronze gagris on their hips, careening uphill in Kaski, not different from how significant portion of women in Nepal’s remote areas still fetch water. Another photo, taken by Peace Corps volunteer Wendy Anderson in 1967, shows students seated on a wooden plank on a terrace in Gorkha, similar to how many study in places where school infrastructure is abysmal.

From personal albums to digital archiving

“Old and rare photos have been made available to the public before through exhibitions and events,” the admin of the page told me, “What ‘Old Photo of Nepal’ does is offer a platform for a great volume these rare photos to be in one place so that people can access it easily and whenever they want. Digital platforms like this page are a democratic way of archiving old photos.”

Dr. Dwarika Nath Dhungel, former secretary of the Nepal government who occasionally shares his photos on the page, agrees that platforms like this help reshape public imagination by making what was previously inaccessible to most of the population visible and accessible. He believes that there are many more photos waiting to be unearthed.

“Whenever villagers enlisted in the British Army returned home, they brought photos of the places they had been to,” Dhungel told me. “Likewise, there were photo studios in Palpa, Dhankuta and other places that were administrative and business centers several decades ago, and people from the surrounding villages and districts came to these places to have their photos taken. So homes in Nepal’s villages must surely have photos depicting lifestyles, cultures and aspirations of Nepali villagers.”

With Facebook being a platform that has become ubiquitous across many parts of Nepal, people have photo exhibitions at the tip of their fingers. Pages like this can help paint a vivid picture of old Nepal, helping people strengthen their historical understanding of the country as they browse.

Having failed at punishing rapists, the government polices sexuality