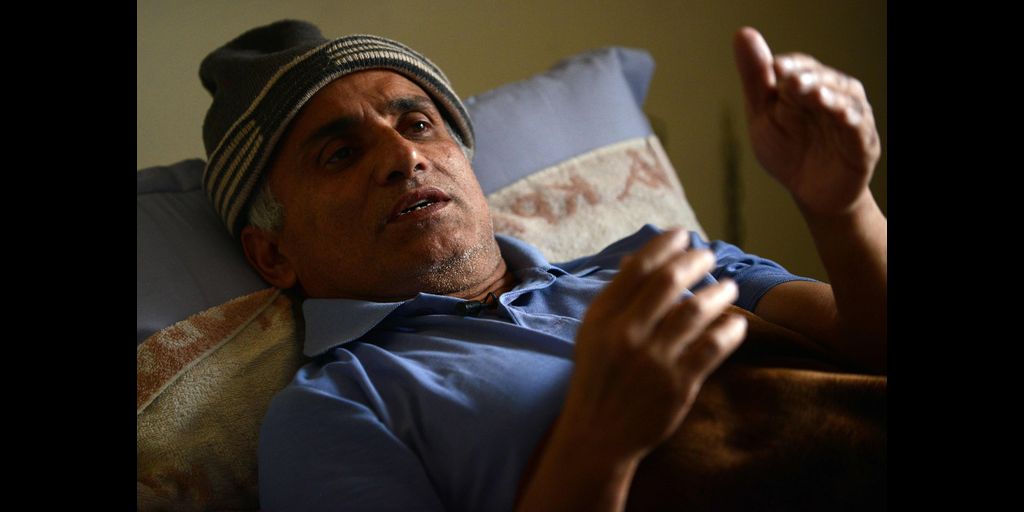 Social reformer Dr Govinda KC on Monday began a fast-unto-death, demanding a larger reform in public healthcare and medical education, besides calling for a free and impartial probe into the major corruption allegations against senior officials in the Oli government.

Dr KC, an orthopedic surgeon who retired from the Teaching Hospital last year, started the hunger strike amid a press conference at 2 pm in Jumla, western Nepal, where, for the last eight months, he has been carrying out free health camps for some of the country’s poorest.

This is Dr KC’s 19th hunger strike. He has earned millions of sympathizers since he first started his Gandhi-style Satyagraha in 2012.

While talking to reporters before going on his most recent strike, Dr KC forwarded a six-point demand letter, which also includes the effective implementation of past agreements he had signed with the government.

Dr KC’s demands made on Monday ask the government to implement, among others, the following: amend the Medical Education Act; invest more government funds in the Karnali Academy of Health Sciences; start MBBS education at Geta Medical College and Rapti Institute of Health Science; open new medical colleges in Province 2 and Gandaki Province, Dadeldhura or Doti, Illam, and Udayapur districts. Most provinces except Province 3 do not have enough public hospitals, owing to which people are forced to pay exorbitant fees for the only available option--private health care.

Similarly, Dr KC has demanded that the government increase PCR tests in order to contain the Covid-19 pandemic and that it properly enforce rules related to masks and social distancing. He has also, however, demanded an end to lockdowns and restrictions, which according to reports, have been pushing daily wage earners and poor people to the brink of poverty.

Chief among the demands he made on Monday is one where he has asked the government to annul all the questionable appointments that have been made at the Tribhuvan University Institute of Medicine and to fill all vacancies by appointing staff on the basis of seniority--through free, fair, and transparent procedures. Fairness and transparency in appointments at varsities is a demand that Dr KC has made time and again.

A vocal critic of the Oli government, Dr KC has also demanded investigations into the major corruption allegations involving senior officials in the Oli government. Some of the scams mentioned in KC’s demand letter include the wide-body aircraft scam, the security press purchase scam, Nepal Oil Corporation’s land-purchase scam, the Durbar Marg land scam, and the Omni Group’s drug-procurement scam. Despite pressure from the general public and opposition parties, neither the Oli government nor the anti-graft bodies seem interested in carrying out investigations into most of these scams, which involve billions of rupees.

Read also: For Govinda KC’s protest to succeed, he must attack crony capitalism

It's highly unlikely that many of these demands will be fulfilled, but the hunger strike is certain to mount pressure on the Oli government, which is already under fire for mishandling the Covid-19 pandemic and for its sheer lack of empathy for the plight of poor people.

In the run up to Dr KC’s latest strike, the Oli administration had, for months, been closely monitoring Dr KC’s activities and preventing him from resuming his hunger strike. Since March, Dr KC has had to stop or postpone his protest three times following obstruction from security forces or from the cadres of the ruling Nepal Communist Party.

KC’s latest strike is significant for its timing, as the Oli government has been coming under growing media and public scrutiny for failing to contain the virus. Nepal has already registered more than 55,329 confirmed Covid-19 cases and 360 deaths.

Dr KC’s demand for a check on the privatization of the medical sector, along with  more public spending on medical education, is likely to resonate with health workers, medical staff, and the general public. The Covid-19 pandemic has badly exposed the dark underbelly of the Nepali health sector, which remains in the grip of private entities, especially in major cities. Patients, especially with preexisting health conditions and those suffering from Covid-19,  are finding it hard to get admitted to hospitals. The Record has found that hospitals’ refusal to admit patients has resulted in nearly 2 dozen deaths since March. Further, some health workers have been forced to work for months without pay or are getting partially paid.

Unlike in the past, Dr KC’s renewed call for investigation into corruption scams is expected to get more attention this time around, given the growing public frustration stemming from media reports on how officials in the Oli government are taking advantage of the crisis to amass wealth at the cost of people’s health and farmers’ futures.  The leaders of the ruling party, for their part, continue to accuse Dr KC of becoming a stooge of the opposition, on the basis of his advocacy for good governance.

In his first hunger strike, during Baburam Bhattarai’s tenure in 2012, Dr KC, who is unmarried, started out with calls for reform in the medical sector. That strike ended with the reaching of an agreement, but some of his demands continue to remain unaddressed--even as he has held multiple strikes over eight years, a period which has seen six successive governments.

Speaking to reporters at Wabira Temple, the venue of his most recent strike, Dr KC said that he wanted to see the government fulfilling the agreement that was reached with the Oli government following his hunger strike in Jumla on  July 26, 2018.

Over the years, Dr KC has never deviated from his central message. And on Monday too he reiterated his familiar refrain. “My strike is for ensuring free medical education and healthcare for all,” said Dr KC.