Rana Tharus from Kailali and Kanchanpur are markedly different in terms of language and socio-cultural practices from other Tharus in the rest of Nepal. 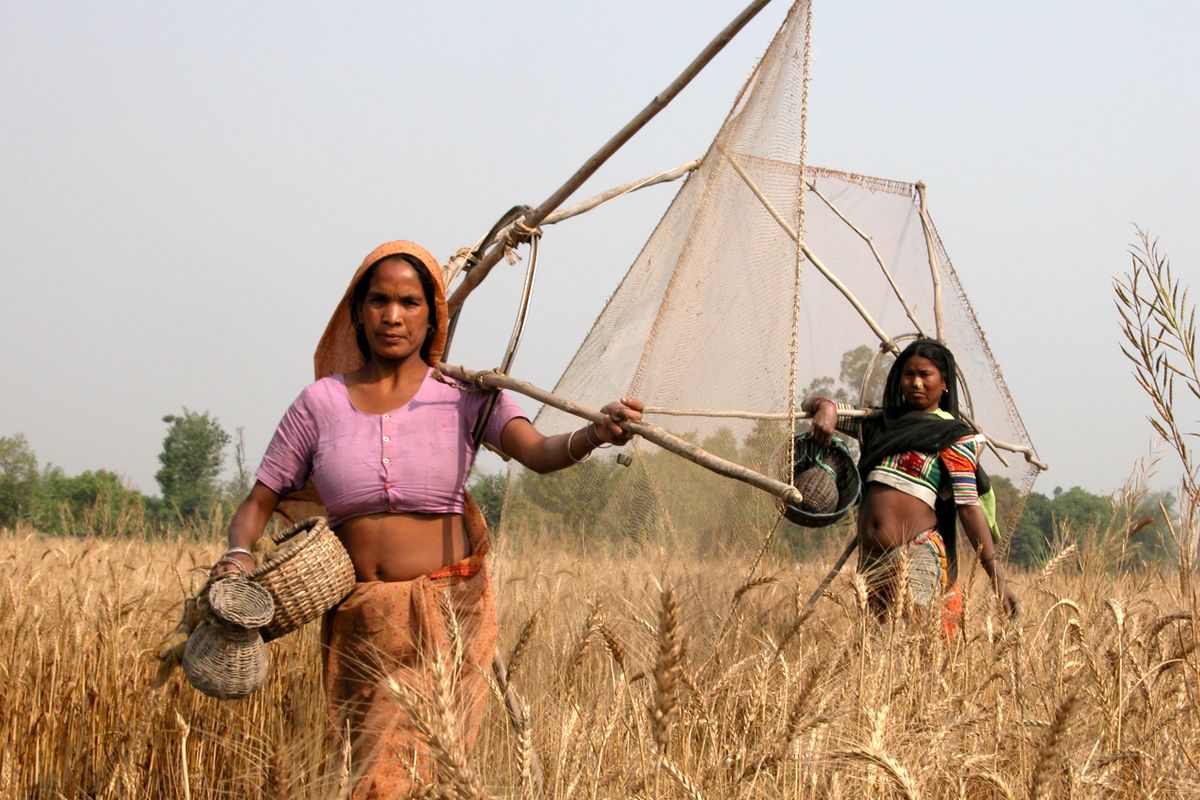 On Nepali New Year, I receive the usual greeting messages as other Nepali folks but on the festival of Maaghi, I get special greeting messages from my Budhanilkantha school batchmates, Institute of Engineering batchmates, other alumni, and work colleagues. I understand that the special greetings I receive on Maaghi are because of the ethnonym ‘Tharu’ I hold. I respect Maaghi and celebrate it but not as they perceive it. As a Rana Tharu, I do not celebrate it as a new year as other Tharus do.

There is a misconception among a majority of non-Tharus that all Tharus share one tongue, one culture, and one marriage practice, which is not true. The people with the ethnic label Tharu belong to a number of different communities that vary greatly in language and culture. The Sri Lankan-born scholar Arjun Guneratne, in his article ‘The Tharu of Chitwan, Nepal’, notes that five Tharu groups predominate in Nepal –  the Rana Tharu, Kathariya Tharu, Dangaura, Tharu of Chitwan (Chitwaniya), and the most far-flung group, the Kochila. Yet, several misunderstandings about Tharu communities, particularly the Rana Tharu and pan-Tharu identity persist. I take this opportunity to highlight five such misconceptions that prevail.

The Rana Tharus in western Nepal claim to be of Rajput origin and to have migrated from Chittorgarh. The Norwegian academic Harald O. Skar, in ‘Myths of origin: The Janajati movement, local traditions, nationalism and identities in Nepal’, writes that “the mythical and mystical place of Chittol-gar [sic] is commonly to be known in Rajisthan [sic] in India, and that by placing themselves as descendants of Rajput Indians, the Rana Tharu are sending a clear message to all other groups they relate to in their near environment. The myth indicates: we are not as the Muluki Ain (the caste law of Nepal) indicates as alcohol-drinkers and close to the bottom of the ranking scale, but close to Chetri [sic] status, as warriors and state makers”.

Skar notes that the myth of Indian origin for the Rana Tharu relates to local power structures and daily lives while the other myth relating to Tharus as the original or ‘aboriginal’ inhabitants of Nepal relates to the present-day fight for political power at high levels within the national Janajati movement in the country.

According to Skar, the Rana Tharu version of the origin myth as that of Indian origin is long-standing and locally shared by all Tharus in Nepal’s far west. This has been reported by anthropologists and travelers from the time of the British East India Company (1757-1857), up to the present.

Therefore, the myth of aboriginal ancestry is exterior to the Rana Tharu context.

The different components of the Tharu population in Nepal’s far western Tarai and the Indian district of Nainital are probably thought of as the same but again, this is not true. H.M Elliot, for example, says that the Rana Tharu of Nainital and Kanchanpur are generally called Tharus but are quite distinct. They never intermarry or even eat together. Guneratne writes, “an Indian census official noted Rana Tharu and Dangaura Tharu in Kheri and Gonda did not intermarry; even their wedding seasons differed, the Rana Tharu arranging their marriages in Magh (December-January), the Dangauras in Phagun (February-March).”

However, in recent days, there have been instances of Rana and Dangaura Tharu elopement marriages, and a few others respecting the love between two individuals.

Language is a complex structure that stores lexical meaning and enhances the capacity of people to communicate ideas. It serves an important social function by fostering feelings of group identity and solidarity, and is thus fundamental to cultural identity. The language of the recognized indigenous nationality of Rana Tharu is ‘Rana Tharu’, instead of Tharu or Dangaura Tharu.

The day-to-day language of the Ranas and Dangauras differ. For example, the Rana Tharu word for mother is ‘aaii’ but the Dangaura Tharu word is ‘daaii’. The Marathi word for mother is also ‘aaii’. Similarly, Ranas use ‘daoo’ for father while Dangaura use the word ‘baba’. Ranas say ‘ite ki ute’ for this or that (ite=this side, ute=that side) but Danguara use ‘yanhorwor’ and ‘wonharwor’, respectively.

Ethnologue, which catalogs all the languages of the world, lists the ISO 693-3 language code for Rana Tharus as (thr) while it is (thl) for Dangaura Tharu. Dangaura and Rana Tharus are listed separately in both Nepal and India, noting that the autonym (a name used by a group or category of people to refer to themselves or their language, as opposed to a name given to them by other groups) for Rana Tharus is राना थारू‎ (raanaa thaaru) whereas it is just is थारु‎ (thaaru) for Dangaura Tharu.

The official working language of Nepal is Nepali but the 2015 constitution provisions each province to choose one or more additional official working languages. The Language Commission of Nepal on September 6 2021 recommended 14 official languages for the different provinces of Nepal. The commission recommended Maithili and Limbu for Province 1; Maithili, Bhojpuri, and Bajjika for Province 2; Tamang and Nepal Bhasa for Bagmati; Magar, Gurung, and Bhojpuri for Gandaki; Tharu and Awadhi for Lumbini; Magar for Karnali; and Dotyali and Tharu for Sudurpaschim.

The myth of Rana Tharus as one of Rajput origin has been termed by scholars as a ‘caste climbing’. By associating themselves with Rajputs, they are seen to be claiming a Chhetri identity. The claim of Rana Tharu to be ‘thakurs’, however, does not seem to be a barrier to their inclusion in a common Tharu identity. But some Rana Tharu leaders engaged in the present-day fight for political power in the Janajati national movement appear confused about what to prioritize: the pan-Tharu identity or the claims to ‘thakurness’ of some of their brethren across the border.

According to Guneratne, ethnic groups and ethnicities are not fixed phenomena; they are constantly being created and recreated anew. Objective realities such as differences in language, territory, religion, and customs are transformed on the basis of a subjective consciousness or self-awareness.

Such reimaginings are not just limited to the Tharu but are to be found among many of Nepal’s ethnic groups. In the history of Nepal, the word ‘Rana’ does not conjure images of Rana Tharus but that of Jung Bahadur and his family. Bir Narsingh Kunwar, later called Jung Bahadur, received the ‘Rana’ title as a token from King Surendra in 1849 through a lalmohar.

In Fatalism and Development, the sociologist Dor Bahadur  Bista writes, “In 1847, a Khas general secured a position of power soon after he became the Prime Minister and took the title of Rana for himself and his family imitating the Indian Rajput style, and his family later became the hereditary Prime Ministers and effectively ruled the country until 1950.” Bista points out that Jung Bahadur Kunwar developed “a fictitious ancestry of Rajput origin”, as any study of his ancestors leads to the conclusion that the Ranas were Khas who took the title of ‘kunwar’ (prince) during the medieval period and had no connection with Indian Rajputs.

But the same Jung Bahadur Rana developed the Muluki Ain in 1854 codifying Nepal’s indigenous legal system which divided society into a system of castes. The Tharus of Nepal were placed at the bottom of the caste hierarchy, just above the ‘untouchables’. During this period, the Rana Tharus of Kailali and Kanchanpur were under British administration (1816 to 1860). After the inclusion of the four districts of Naya Muluk –Kailali, Kanchanpur, Bardiya, and Banke – in modern Nepal, anthropologists and experts have been largely biased against Rana Tharus as well as other Tharu groups.

The Rana Tharu claim of being Rajputs is categorized as ‘caste climbing’ but the same is not done for Kunwars taking the title of ‘Rana’ and positioning themselves as Rajputs (Thakuri) in the Muluki Ain that they themselves promulgated.

Bikram Rana  Bikram Rana works in project and program management, for water resources and disaster risk reduction. He is interested to write about social issues.