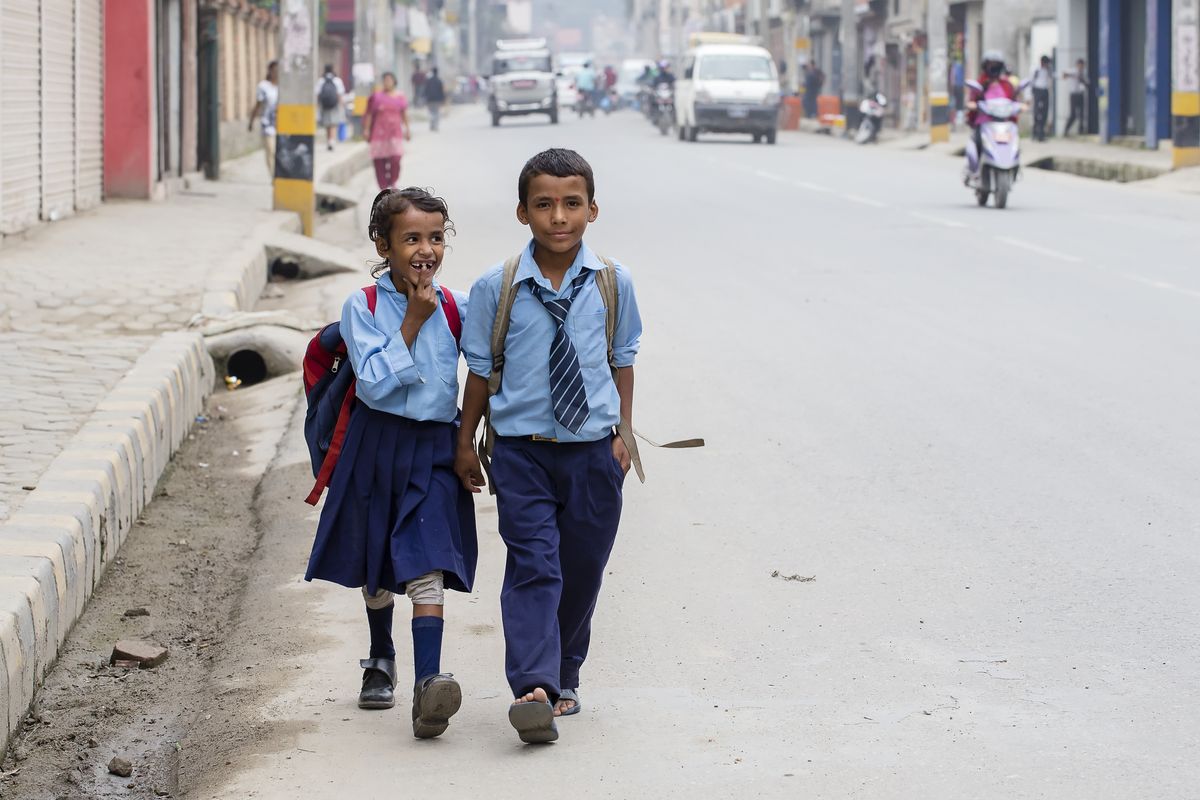 I read Marissa Taylor’s article on the language problem in education on The Record ('Linguistically limited', March 10, 2022) with great interest. Like all of her articles, it is excellently written and reflects my own observations.

I am a political scientist specializing in Nepal, but I have also worked intensively on the problem of inclusion from an ethnic perspective. This is related to the fact that I have been married to a Sherpa woman from a small village in Solukhumbu for almost 50 years and have witnessed the problems of schooling there very closely.

When I first came to my wife's home village in the mid-1970s, the small building called a school didn't really deserve that name. There were no doors and no windows, three wooden benches, and two wooden desks; otherwise, no equipment at all. The three teachers had taken off the corrugated iron sheets of the roof and used them for a provisional dwelling, where they lived in really poor conditions.

The education of these teachers also left a lot to be desired. They told us that after their SLC, they were only prepared for their task for a few weeks and then sent to Solukhumbu, far away from their own families. Ethnically, they were Bahun, Chhetri, and Newa, which meant that none of them were familiar with the Sherpa language. However, the village was a pure Sherpa village. The Sherpa language was spoken almost exclusively in all families. The situation was made even more difficult by the fact that the parents and grandparents of the students knew only rudimentary Nepali, and of course, not as a written language. So naturally, the teachers had great problems teaching the children, who, moreover, attended classes very irregularly.

All this has changed enormously. Since the 1990s, the infrastructure of the school has been improved considerably. This was mainly due to the fact that a French NGO, Nepal et vous, built stable school buildings there as well as in other surrounding villages and improved their equipment considerably. The teachers have also been better trained for some time and have stayed longer in the village, most recently for more than 15 years. The ethnicity of the teachers, however, has remained the same; they are still predominantly Bahun and Chhetri. Unlike 20 or 30 years ago, however, these teachers have also made an effort to acquire some basic knowledge of the Sherpa language. The latter is perhaps no longer so urgently needed because all villagers now speak colloquial Nepali. However, the parents' generation still lacks the ability to read and write. We became aware of this when we were able to provide a small amount of emergency aid to the affected families with the help of German NGOs and friends after the earthquakes of 2015, as a result of which a good 10 percent of the houses in the village were uninhabitable. About a quarter of the recipients were not able to sign a receipt.

In terms of education, however, a revolution has taken place. Today, all children of both sexes are sent to school regularly. This is probably also due to the fact that the parents' generation has recognized the value and necessity of education. Meanwhile, for the first time, the headmaster is a Sherpa. However, the decline in the number of pupils is serious. Since families only have two or three children at most, and not 10 or so as they did 40 years ago, only about 15 children attend the small village school today. In the past, there were always 45-50 children when we visited the village. Therefore, according to the old system, the school still has only five classes. After that, the pupils have to go to secondary school in a village on the opposite slope of the mountain, which is a long way, but does not dampen the children's interest in attending school.

The language problem that Marissa Taylor describes with the example of Nisha Khatri is an everyday problem in many parts of the country. It affects all children from population groups with a mother tongue other than Nepali and it continues when these children later want to orient themselves professionally. From the very beginning of their schooling, they are at a huge disadvantage, compared to children from groups who speak Nepali as their mother tongue and are accustomed to a more sophisticated use of the language from home. Only in rare cases are they able to compensate for this disadvantage at some point. I do think that, apart from nepotism in politics and administration, this plays a big role in the fact that better jobs go mainly to Bahuns and Chhetris.

In this context, I, therefore, think it is urgently necessary that all school children in Nepal are obliged to learn another national language in addition to Nepali. This should perhaps not be the way Kathmandu Metropolitan City goes. Given the huge internal migration in the country, Kathmandu is a melting pot of almost all languages and cultures in the country. Children from ethnic groups (except Newa children) or from the Tarai are now being forced to learn a third language with the mandatory Nepal Bhasa provision of the city. It would be better to make it compulsory for all school children in the country to study two national languages, one of which would be Nepali and the other freely chosen. I am aware of the administrative burden on schools, but I think that this would contribute to greater equality of opportunity and better integrate future generations.

Another aspect that should also be mentioned in this context, which I have been missing since my involvement with Nepal, is the inclusive design of curricula. If the national cohesion of Nepal is to be promoted, then it is of utmost importance that children are not made to believe that the Nepali identity has to be oriented exclusively towards Hinduism, the Nepali language, and the ways of thinking and acting of male elites from Bahun and Chhetri circles. It is important that school children get a better understanding of the diverse groups of their multi-ethnic and multi-cultural state. And for this, some textbooks need to be tremendously adapted.

Finally, perhaps one more example that proves that there is also a lot of catching up to do in the media sector, whose development in recent decades I would like to emphasize as very positive. It is always noticeable that the media have difficulties when it comes to the correct spelling of terms from the Tibetan-Burmese languages of Nepal. In recent months, for example, various groups have celebrated their New Year, which is called Losar in their language family. Even when photos are printed showing banners with the word correctly written in Devanagari, the media is quite adamant about writing ‘Lhosar’. But ‘Lo’ means ‘year’ while ‘Lho’ means ‘south’.

Nepalis in the land of the rising sun

This year marks 120 years since eight Nepali students first went to Japan for their higher education. Now, that number has swelled to the thousands.

Leaving no one behind

The central promise of the UN’s Sustainable Development Goals is to ‘leave no one behind’. But with just eight years left to achieve the target and local participation still minimal, is the UN pledge achievable?