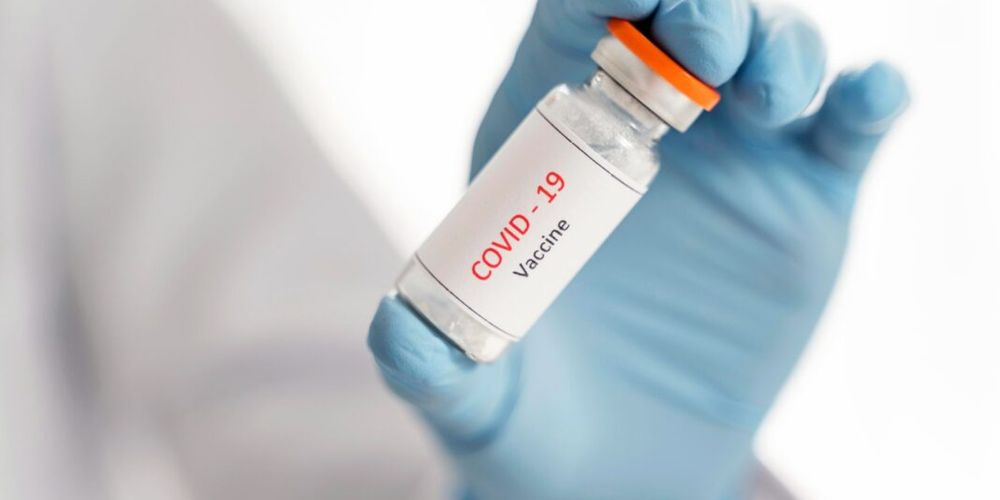 By the time the first phase of Nepal’s vaccination programme completed on Saturday, a total of 185,000 health workers had been inoculated, less than half of the number identified by the government as eligible for vaccines in the first phase.

Before rolling out the vaccination drive on January 27, the government had asked for lists from all frontline health care authorities, enumerating 430,000 frontline workers, including medical practitioners, female community health volunteers, hospital cleaning staff, and ambulance drivers.

“If we look at the list of frontliners that the district health offices sent to us, we managed to vaccinate over 82 percent of them. We were expecting a higher number, but it turns out that the number of beneficiaries is lower,” said Dr Jhalak Sharma, chief of the Immunisation Section of the Department of Health Services.

Many frontline health workers in hilly districts, however, never received the jab. Health workers had been invited to district headquarters to receive the vaccination but not everyone was able to make it there.

“We were instructed to conduct vaccinations at district headquarters under the supervision of a doctor. So, there was no question of conducting immunisation in rural municipalities,” said Punya Prasad Sigdel, chief of the Khotang district health office.

The district had sent a list of 1,618 eligible frontliners but only 691 health workers showed up to receive the jab.

Elsewhere, government officials received vaccinations alongside health workers. Kameshwor Chaurasiya, chief of the Parsa district health office, said that most frontliners and government officials from the revenue department, custom office, and prisoners had been vaccinated.

“There may be some health workers who missed it, but almost all got vaccinated. Accessibility could have been a factor,” said Chaurasiya.

Nepal had received 1 million doses of the Covishield vaccines -- developed by Oxford and AstraZeneca and manufactured by the Serum Institute of India -- as a grant from India. The consignment arrived on January 21 and the government started vaccinations a week later.

The government’s initial plans -- vaccinating frontline healthcare workers in the first phase and those above 75 years of age in the second phase -- had been welcomed by many as a sensible proposal, but on Sunday, when the Health Ministry revealed more beneficiaries in the first phase, social media erupted in concern and anger.

“...vaccinating anyone in the name of ‘frontline’ category is wrong when it comes at the expense of vaccinating the older, more vulnerable population. Security personnel are  an exception since they maintain law and order. Health workers a must, but others? Most likely not,” wrote Satish Pandey, a development worker, on Twitter.

According to the Health Ministry’s new plans, journalists reporting from the frontlines, diplomats and embassy officials, and UN employees would all be eligible for the vaccine in the current phase. With fewer frontline health workers requiring vaccinations, government officials say that they decided to prevent the vaccinations from going to waste.

“Many UN staffers are in the field with frontline workers, which is why we decided to inoculate them,” said Sharma, the immunisation chief.

Sharma argued that the government has two priorities: to keep the health system functioning and keep essential services running, which is why frontline journalists are getting the vaccines.

Nepalis, however, were outraged that the government had decided to counteract its own plans in order to prioritise journalists, diplomats, and UN officials while leaving those most vulnerable -- the elderly, those with comorbidities, and prisoners -- still at risk.

The UN was quick to respond, disavowing any plans to vaccinate its staff “this week”.

“Contrary to media reports, the UN system has no plans of having all staff & dependents vaccinated this week as announced in the press,” the UN country team clarified in a tweet on Sunday, attributed to Sara Beysolow Nyanti, the UN Resident Coordinator in Nepal. “The UN has been working with the government to implement the global prioritization approach which has frontline and health workers as the first category to be vaccinated.”

However, according to Dr Sharma, eight UN staff members received the vaccination on Monday.

The Record also reached out to a number of embassies, asking if they would be vaccinating their staff under the government’s phase 2.

“Generally speaking, the US Department of State does not authorize its diplomats to receive vaccines not approved by the US Food and Drug Administration,” Anna Richey-Allen, spokesperson for the US Embassy in Kathmandu, told The Record over email.

A British Embassy spokesperson directed The Record to the UK Ambassador’s social media.

“Important that Nepal’s hardworking frontline staff and vulnerable groups get the vaccine first,” Nicola Pollitt, the UK ambassador to Nepal, said on Twitter on Monday.

The Record did not receive responses from the Indian Embassy and the Chinese Embassy by publication time.

While some wondered if the Nepal government was responding to “instructions” from those who had donated the vaccines, the bulk of the digital ire was reserved for journalists. Many were quick to point out that the journalists who had been very critical of the government’s response to the pandemic were themselves quick to jump the queue and get the jab.

“Nepali journalists -- how many of us are above 60 years of age and/or have health conditions? How many can now [be] critical about any of Nepal's public health policies?” said journalist Subina Shrestha on Twitter.

There were arguments in favour of vaccinating journalists, especially those on the frontlines of reporting and photojournalists who are often in the middle of crowds and need to go out into the field every day, but by Monday, images and anecdotes had already begun to emerge of editors and ‘social media managers’ getting the vaccination.

A total of 226 journalists received the vaccine on Monday, according to Dr Sharma. The Federation of Nepali Journalists, an umbrella organisation, has forwarded a list of 13,000 journalists to be inoculated. The FNJ’s argument is that journalists are frontliners, who are vulnerable to the virus, according to Govinda Chaulagain, an FNJ member.

Guna Raj Luitel, editor-in-chief of Nagarik daily, defended his decision to get the vaccination, calling himself a “frontliner”.

“I don't know how other editors work, but I am a reporter first, then an editor,” Luitel told The Record. “We too go to the field and meet people. Besides, if a reporter gets infected, other staff in the office get exposed. I argue that all employees of media houses must get vaccinated. We know the importance of our job. If someone refuses to take the vaccine to look 'mahan' I don't have anything to say, but we have to keep ourselves safe to do the job.”

Many other journalists who received the vaccine on Monday made the same argument, that they too were frontline workers and needed to keep themselves safe to do their jobs. But journalists outside Kathmandu, many of whom are much more at risk since they engage with large groups along the border area, reported that they were unaware of the vaccines available to them.

"Nobody ever asked us about the vaccine opportunity here,” said Parbat Portel, the Jhapa correspondent for Kantipur daily. “We work along the border so our chances of getting exposed to the virus are higher, but nobody seems to care about us. I saw our colleagues’ photos on Facebook and Twitter, that's all I know about the vaccine.”

Numerous frontline reporters that The Record spoke to said the same thing.

“Bosses in Kathmandu have been posting photos of getting vaccinated but we are still deprived,” said Shankar Prasad Khanal, the Nepalgunj correspondent for Annapurna Post daily. “We’ve just learned that the province government has now stopped health officials from vaccinating journalists.”

Read also: Nepal rolls out vaccinations with over 9,000 inoculated on Wednesday

With Nepal in the midst of a political crisis ever since Prime Minister KP Sharma Oli dissolved Parliament, there is also a growing suspicion that the government has prioritised journalists in order to receive favourable coverage, especially as elections have been planned for Spring. Still others have questioned the ethics of receiving the vaccine despite not being part of an at-risk group and that journalists would now be less likely to report on queue jumping and early vaccines for the rich and powerful.

In the next phase of vaccinations, government employees will receive the jab.

“From February 13, the vaccine will be rolled out for employees working at nodal government offices like revenue offices, district administration, and local bodies,” said Dr Shyam Raj Uprety, coordinator of the government’s Covid-19 vaccine advisory group.

But public health experts have issues with the Health Ministry’s prioritisation plans.

“It’s not a good decision,” said Dr Rabindra Pandey, a public health specialist. “The Covid-19 vaccine is limited and the government should utilise it to reduce mortality rate.”

According to Dr Pandey, health workers and senior citizens with comorbidities should be on priority for the vaccination process.

“Then teachers, drivers, and professionals who are in frequent public contact should be next,” he said.

Launching the nationwide inoculation drive on January 27, Prime Minister Oli had assured that all vaccinations would be completed within three months. But the government has yet to procure enough vaccines to inoculate the 20 million Nepalis required to achieve herd immunity and the ones that have arrived are being deployed on non-essential personnel and individuals who do not fall into any at-risk group .

India provided 1 million Covishield vaccines while China has committed to provide 500,000 of the Sinovac vaccine. However, Sinovac has yet to receive approval for emergency use from Nepal’s Department of Drug Administration. Russia has also reportedly pledged to provide Nepal with 25 million doses of the Sputnik V vaccine, although there is controversy surrounding this deal. Sputnik V hasn’t been approved for use in Nepal either.

According to Dr Uprety, the ministry has started the process to procure two million more doses of Covishield from India. Each Covishield dose will cost $4, meaning that it will cost $8 to vaccinate a person.

Nepal is also getting 2.2 million doses of the vaccine through COVAX, the global vaccine alliance, by March.

“We expect to get 12 million vaccine doses through COVAX,” said Uprety.

The government’s frantic plan to ensure that no one poops in public anymore uses possibly unconstitutional means that victimise the poorest.