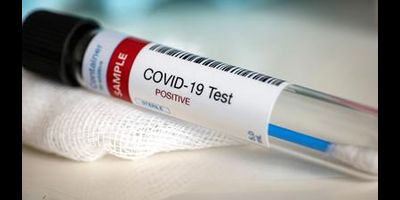 Paid tests to be made available

Anyone who wants to undergo Covid19 test can do so at their own expense, according to the Ministry of Health and Population. The Ministry said on Tuesday that paid testing will soon be available in public health institutions while ensuring the privacy of individuals.

Self-initiated testing has been pitched as one possible way to contain the spread of the virus. Experts say that the 6T method of the government has outlived its purpose and failed to contain the spread. A total of 402 people residing in 38 districts have so far contracted the virus, with Lalitpur, Sindhuli, Lamjung and Ramechhap reporting the first case on Tuesday. The number of infected people in Kathmandu has reached 12 with the confirmation of three more cases. So far, the government has confirmed two Covid19 related deaths, while 37 people have recovered.

There are 457 people in isolation, of which 17 are in the Kathmandu Valley and 440 outside, while a total of 21,623 people are in quarantine across the country.

The Kathmandu Metropolitan City (KMC) has asked the Oli government to seal all entry points into the Kathmandu Valley until the lockdown opens. Following KMC’s 46th special municipal executive meeting on Tuesday, KMC spokesperson Ishwar Man Dangol said that such restrictions on movement have become essential for the prevention and control of Covid19.

KMC and other local bodies have been pressuring the central government to properly enforce the lockdown amid reports of an increase in the number of people entering the Valley. Dangol said that sealing border points was the only solution as people have continued to enter the Valley misusing travel permits issued by the government. The municipal body also agreed to increase support for people, including daily wage labourers hit hard by the lockdown.

Meanwhile, some municipalities and wards have themselves started sealing their borders to avoid the possible spread of the virus. On Tuesday, the Chandragiri Municipality sealed its boundaries and increased testing. This means that no outsiders, including people from other local bodies, will be allowed to enter Chandragiri till the morning of March 22. The municipality has tested over 1,000 people so far, with around 30 tests being conducted everyday.

The parliament passed the government’s policies and programmes for the fiscal year 2077-78 on Tuesday. The document, which laid the foundation for the fiscal budget, was approved by a majority of parliamentarians. Before the approval of the document, Prime Minister KP Sharma Oli answered questions raised by various MPs. Some parties, including the Nepali Congress (NC), had voiced dissatisfaction over the new plan’s failure to prioritise the needs of the time.

NC also accused the government of not displaying the vision required to address pressing problems facing the nation like unemployment and mass shutdown of industries. PM Oli defended the budget, saying that it would help tackle the immediate impact of the virus and lockdown on the economy. The next session of the parliament will now be held on June 29.

Not feasible to rescue stranded Nepalis

Ruling out any immediate possibility of rescuing Nepali workers currently stranded in various work destinations, PM Oli hinted that the repatriation process could take months, if not years.

“Bringing back 4,50,000 people from Qatar is not the same thing as Qatar or America taking back a few hundred citizens,” Oli said on Tuesday, responding to lawmakers’ on the government’s queries regarding evacuation plans. Oli said that the government was requesting labour receiving states like Qatar, United Arab Emirates, Kuwait, Israel and Bahrain to provide necessary help to stranded Nepali citizens. He also stressed on the importance of postponing repatriation for public health safety.

Although the government doesn't appear to be in the mood to evacuate stranded workers, preparations are underway to ascertain the number of workers in need of repatriation. On Tuesday, a meeting of the high level Covid19 task force also formed a committee comprising representatives of provincial governments to start preparations for bringing the workers back.

Exact data is unavailable, but around 400,000 out of an estimated 2.5 million Nepalis working in at least 110 work destinations might be in need of repatriation.