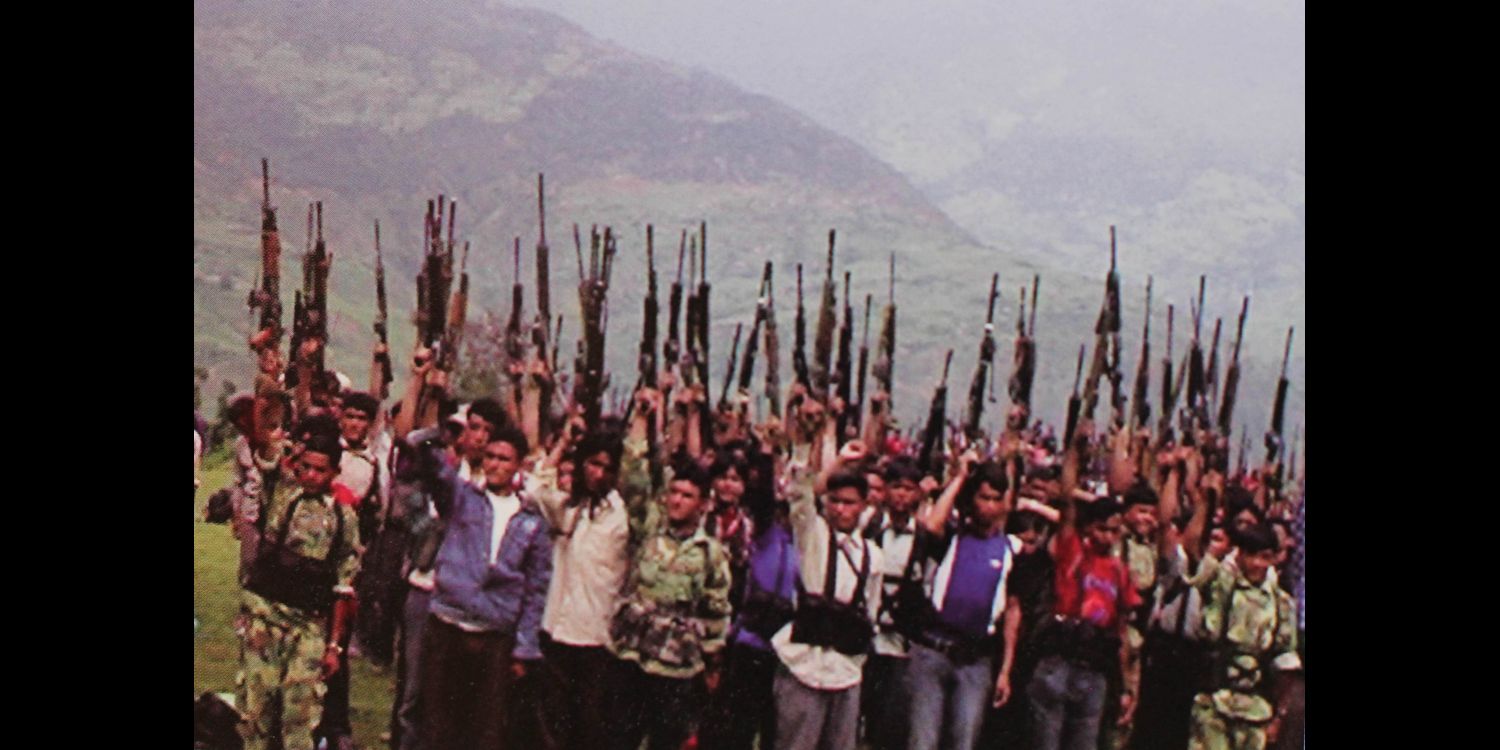 When the Maoist rebels joined mainstream politics by signing the comprehensive peace accord with the state in 2006, Nepalis were happy to see that the country was finally leaving behind its violent past for good. A decade of armed insurgency had claimed at least 15,000 lives, while thousands of people disappeared, tortured and rendered disabled at the hands of both the state and rebels. The social cost of the bloody conflict was even costlier as millions of people were forced to flee their homes, villages, and even the country to escape the devastating fallout resulting from the war.

Many Nepalis had hoped that the historic peace agreement would serve justice to the victims of war and open the door for peace and prosperity. Fifteen years on, the hope for lasting peace has gradually given way to frustration as isolated cases of violence reminiscent of the war days continue to take a toll on innocent civilians as an undeclared fight between the government and offshoot Communist Party of Nepal (CPN) continues.

On December 8, Rajendra Shrestha, a 54-year-old school teacher, was found dead in a forest two kilometres away from his home in Miklajung of Morang district. According to the police, Shrestha’s hands were tied and his throat had been slit with a sharp object after what appeared to have been a cold-blooded murder. The media described this incident as a grim reminder of the brutality faced by teachers and how, given their standing and connections, they became targets of suspicion and violence from both the security forces and the rebels alike. The Netra Bikram Chand-led CPN has taken responsbility for the murder, alleging that the victim was a state-sponsored spy.

In a statement, Pratap, CPN’s Mechi-Koshi Bureau incharge, claimed that the police had arrested several party cadres based on Shrestha’s tip-offs. But Shrestha’s family members have refuted the allegation, claiming that he was killed because he had refused to give up his goat to local CPN cadres.

Shrestha’s murder has further fueled fears that the country could gradually be sliding into another cycle of conflict. Nearly a dozen people have lost their lives since the Oli government outlawed the Netra Bikram Chand-led CNP and intensified crackdown on their activities.

In July of 2019, a crossfire between the security forces and CPN cadres resulted in two deaths, including that of a CPN cadre and police constable. Earlier in June, CPN Sarlahi incharge Kumar Paudel was shot dead by the Nepal Police in what could be an instance of extrajudicial killing. In February, one person died after a bomb went off near the Ncell office in Lalitpur, while four people were killed in three explosions that happened in Kathmandu later in May.

While NCP’s criminal activities in the name of politics cannot be overlooked, the current conflict has largely been Prime Minister KP Sharma Oli’s making. Oli appears determined to solve this issue through brute force while one would have expected him to make a more sincere effort to resolve political problems through diplomacy and negotiations. Interestingly, NCP co-chair Pushpa Kamal Dahal ‘Prachanda’ and home minister Ram Bahadur Thapa, the ideologue of the Maoist rebellion, have also been helping Oli in his endeavours.  In 2019, the Oli government outlawed CPN and prohibited it from holding political activities. So far, more than 2,000 CPN cadres have been arrested, many of whom remain in jail.

Many fear that Oli might be repeating the same mistakes his predecessor Sher Bahadur Deuba made before the start of the ‘people’s war’ in 1996. The Maoists had submitted a 40-point demand to Deuba before initiating violent combat. Instead of heeding their demands, Deuba tried to crush dissidence through the use of force. Several covert operations carried out by the Nepal Police such as Kaiyo, Kilosera-I, and Kilosera-II resulted in widespread arrests, torture, detention, and arson. The atrocities committed on the innocent forced many to join the rebels, if nothing but for the sake of their safety. Those standing against the Maoists joined the police or the army to fight against their ‘enemy.’

By denying a political space or room for negotiation, Oli, like Deuba, seems to be further cornering the semi-underground party. The arrests, torture and forceful detention of CPN cadres may well force the party to resort to counteroffensive attacks. In seeking administrative measures to tackle what he describes as a criminal outfit, Oli has grossly undermined the political roots of the party.

For Netra Bikram Chand, the war never really ended. Chand, who first broke away from the Prachanda-led Maoist party in 2012 and then from the Mohan Baidya-led Maoist in 2013, formed his own party in 2014 to launch a unified rebellion. The rebellion seeks to supersede parliamentary supremacy with the people's government through armed insurgency in support of Nepal’s urban working class and peasantry.

The party has gradually been forming a paramilitary structure, although it claims to have no immediate plans to attack security forces. The exact strength of the party’s military unit remains unknown, but photos that have emerged from its paramilitary camps show that the number could be in the thousands, with more being recruited daily.

Compared to Prachanda, Chand seems to be in a better position to spearhead an attack against the state. He commands the loyalty of thousands of ex-members of the People's Liberation Army who have accused Prachanda of betraying them. They feel that Prachanda deceived them by signing the peace accord before fulfilling the promises that he had made to lure thousands of uneducated and unemployed youths from remote parts of the country, mainly those belonging to ethnic Magar, Tharu, Rai, and Tamang communities. Hundreds of weapons that went missing before the integration of the People’s Liberation Army into the Nepal Army are believed to be in CPN’s control.

In addition to this, the party has accumulated millions of rupees through extortion and the so-called donations collected from local businesses to finance their activities. Precious gold and silver ornaments were also taken while capturing district headquarters in the course of chasing state forces.

Chand, however, lacks a solid ground to wage a full-fledged war. There is a dearth of agendas to collate public support. Some key agendas of a Maoist rebellion — including the constitution, secularism, republicanism, and federalism — have already been fulfilled. The public is in no mood to support another cycle of bloodshed.

The internal rift between senior leaders of the Chand-led CPN party has also emerged as a major hurdle in its intention to wage war against the state. Party insiders say that the relationship between Chand and Khadga Bahadur Bishwakarma has turned sour after the former unilaterally carried out a bomb attack at the Ncell corporate office in Nakkhu.

Similarly, villages are devoid of able-bodied youths willing to fight as many have gone abroad for overseas employment. The development of science and technology as well as the improved intelligence of state security apparatuses means that it is likely to be far more difficult for the party to execute its plans.

The security forces appear confident that they could crush the party if given free rein. Earlier this month, Chief of Army Staff Purna Chandra Thapa directed the NA staff to tighten their scrutiny on NCP’s members and their activities. The confidence of the security forces could be the reason the government has continuously refused to lift the ban imposed on the party despite pressure from across the political spectrum. It's even more unlikely that the ban would be lifted now given that Oli seems to be using the crackdown on CPN’s activities as an effort to bolster his strongman image, something that has been fading due to his failure on matters of governance ever since he ascended to power after 2017’s parliamentary elections.

With neither side willing to relent or resolve their differences through talks, it's people like Shrestha who will continue to be victimized as remnants of a brutal war drag on almost one-and-a-half decades after its official ending.