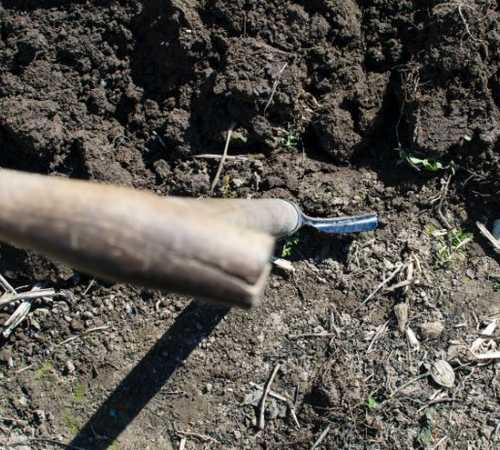 On Sunday evening, fresh supplies of chemical fertiliser arrived at a local store, a paltry 60 sacks of urea and potassium. Words spread like wildfire in Patihani, a small town in western Chitwan where farming still remains a lifeline for a vast majority of people.

Ramu Tiwari could hardly sleep. He woke up, put on a mask, picked up a sack, and headed straight to Amara Sahakari Sanstha. It was still midnight.

For days now, Tiwari has been trying to buy urea, potassium nitrate and phosphoric acid for the paddy he planted in two bighas of land. Every day, and sometimes even during the night, he goes to various fertiliser depots around Bharatpur, spends hours in the queue despite the risk of catching coronavirus, and returns home disappointed.  Monday was no different.

Before Tiwari reached the fertilizer store, there were already 286 people in the queue.  The queue got longer as the night passed by. But only the first 275 people in the queue got 10 kgs of fertiliser each. Others like Tiwari were told that their turn will come when the next lot of supplies arrive later this week.

“It may be too late if I can’t put urea on the paddy this week. That’s the reason why I’m trying so hard, despite coronavirus fears,” Tiwari told The Record on Monday.

Farmers across the country are reeling under an acute shortage of chemical fertilisers. Like Tiwari, thousands of farmers across the country, except in some areas bordering India, are being forced to wait hours in long, unmanaged queues, oftentimes defying the lockdown, just to procure a few kilograms of fertilisers. Theirs is a legitimate desperation stemming from the fact that paddy, the most popular food crop in the country, relies heavily on fertilisers for good yield. Experts have warned of a massive decline in production if the crisis is not addressed on time.

Instead of taking concrete steps to address the problem, senior officials in the Oli government seem to be busy in theatrics, misdirecting the blame to tainted businessmen in order to cover up their own shortcomings as well as a corrupt system that continues to thrive under political protection.

On Sunday, the Agriculture Inputs Company Limited (AICL) announced that it had scrapped tender and blacklisted Shailung Enterprises and Honiko Multiple Company for failing to deliver the chemical fertilisers. It also announced a freeze of guarantees worth NRs 48 million each that both companies had deposited while signing the contracts.

During a press meet, Ghanshyam Bhusal, minister for agriculture and livestock, said that the companies will have to bear damage for the loss. He did not say when and how that will happen, especially since the laws are unclear about such damages. Bhusal also did not clarify why the companies were awarded the procurement tender despite their questionable track record.

Shailung Group, a business group with varied interests in construction and procurement, has a long history of poor delivery. For instance, Shailung Construction, a sister company, has not been able to complete the construction of the Bhatkepati-Nagarkot road even after six years of winning the bid. The road was supposed to have been completed in two years. Rather than taking action against the company, the Oli government has been rewarding it with more lucrative contracts every year. It is not hard to guess why. Shailung is owned by Sharada Prasad Adhikari, in whose house the chairman of the ruling Nepal Communist Party Pushpa Kamal Dahal resides.

Sadly, many of Dahal’s constituents in Chitwan like Tiwari are among the worst hit by the Covid-19 pandemic in the country. Bishnu Raj Mahato, ward chair of Bharatpur Municipality-22, said that most of the farmers in his area are yet to receive fertilisers.

“The problem is so severe that we have had to deploy police to manage crowds and maintain social distancing,” said Mahato.

According to Hari Bilash Koirala, ward chair of Bharatpur-6, the ward is considering shutting down all fertiliser depots until normal supply is restored in his area. “This is only making farmers and their families susceptible to the coronavirus,” said Koirala. He added that the shortage of fertilisers is harshly affecting paddy farmers who fear a heavy decline in production if the problems persist even for just two more weeks.

“Years of use of fertilisers has made the land so weak that it hardly yields anything without them. It's especially important for paddy,” Koirala said.

With the shortage, most depots in Chitwan are only selling a maximum of 10 kgs of fertilisers per head, forcing big farmers to show up in the queue everyday.

“That much fertiliser is hardly enough for three banana trees. I have 130,000 trees,” said Hari Bansha Sankhi, a farmer who farms bananas on 10 bighas of land.

Tired of low returns from paddy, Sankhi started farming bananas with an investment of NRs 1.4 million last year. But he is regretting his decision since dozens of his banana trees have been turning pale every day.

Sankhi said that some farmers in his area are buying fertilisers from the black market by paying up to five times the normal price, but that he would rather let the banana trees rot than pay such a high price for fertilisers. The price of bananas has fallen by half since the Covid-19 lockdown. Farmers used to fetch up to NRs 5 per banana are now only getting NRs 2, even as consumers have continued to pay the same price in cities like Kathmandu and Pokhara.

“This is no country for farmers. Only middlemen and bogus farmers make money here,” said Sankhi.

In the wake of the crisis, the Oli government has revealed plans to borrow fertilisers from Bangladesh. Prime Minister KP Sharma Oli has already sent a formal request to his Bangladeshi counterpart Sheikh Hasina, although it's unclear when this plan will materialise given that Bangladesh has not yet given a clear response.

Sankhi isn't very impressed with the plan. “It may take months. Instead, the government should allow farmers themselves to bring fertilisers from India,” said Sankhi. “Police are harassing and stopping farmers even when they are trying to import fertilisers while paying due taxes. If this government really cares, it should let us bring them before it's too late.”