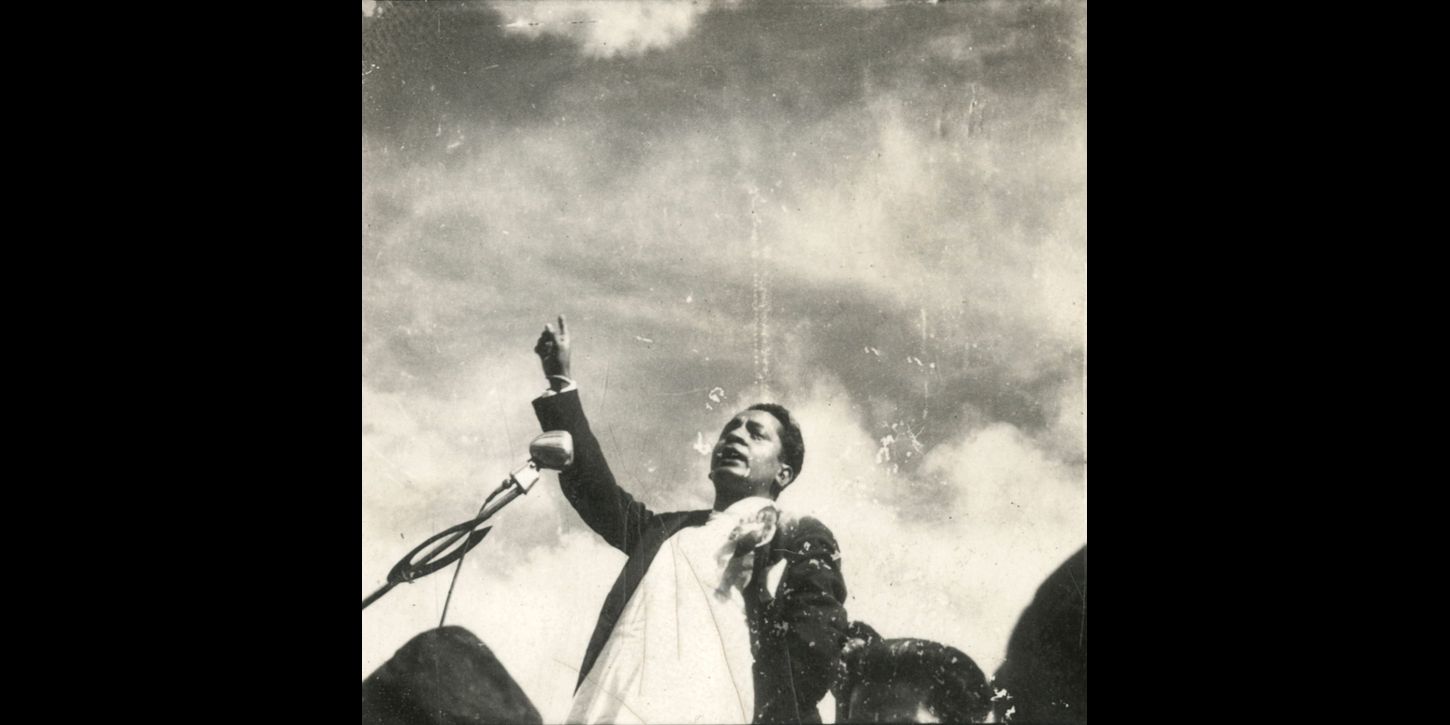 Social distancing is a good thing, or so we all think. It is currently being practiced across the globe as communities everywhere try to stem the spread of Covid19. It is viewed as necessary and touted as a pro-social, if somewhat ironic, practice. But social distancing also has a dark and ominous side. In South Asia, where it has unfurled into a spider’s web of practices, it also directs violence, exclusion and bigotry upon marginalised people whose only ‘sin’ is caste, occupation or descent.

Social distancing’s shadowy history has kept Dalits as well as certain ethnic and religious groups on the margins of society. Through a complex and pervasive set of exclusive, degrading and threatening practices known once as untouchability and now as social distancing, privileged castes have marginalised others and deprived them of basic human dignity. The preferred terms by many Dalits for the measures intended to ensure safety by keeping people apart is ‘physical’ or ‘safe’ distancing. These are neutral terms removed from the millennia-long suffering associated with social distancing or untouchability. Despite a legal embargo against the practice of untouchability, social distancing has direct ties to the normalisation of untouchability, human exploitation and the violation of human rights.

As the positive aspects of social distancing are currently being touted, its darker corners remain hidden in the shadows of political correctness. The pandemic has provoked an explosion of analyses on other dimensions of the disease and its social ramifications.  There have been a range of attempts to comprehend Covid19, from its origin and spread to the measures needed to curb its advance, with all quarters in tacit agreement that maintaining distance from one another is today’s best practice, the ultimate social solution to a disease promoted by social interaction.

We recognise that some populations are more vulnerable than others. Risks concentrate where poverty exists. The United Nations Department of Economic and Social Affairs has declared that the pandemic “is much more than a health crisis. It is a human, economic and social crisis…attacking societies at their core”. This core, however, is understood primarily as economic and social only secondarily. Extremely vulnerable populations are assumed simply to be impoverished. Without money, they are known to be deprived of material comfort and the means by which to protect themselves. Efforts to mitigate their risk are aimed at establishing equity in economic terms. Social conditions stretching from homelessness to marginalisation caused by endemic racism and caste-ism are read the same way.

What is missing from this picture? Efforts to understand that the problems of marginalised people are the very conditions that create their marginalisation, not just the attendant poverty. South Asia offers a unique lens through which to grasp how deeply rooted hierarchical social structures and the practices that uphold them also influence the risk of contracting Covid19 (or other ways of suffering). It exemplifies how the availability of medical services is unevenly distributed. What sometimes goes unnoticed is how a unique pandemic like this also reinforces future social systems that dole out risk to vulnerable groups in uneven amounts.

A recent media piece lauds the historical practice of ‘quarantining’ Newar traders upon their return to Kathmandu from Tibet and China. But it does so concealing underlying caste-based justifications. Produced by Alice Carfrae and Nisha Rai Kassel, the BBC video The Ancient Practice of Self Isolation valourises temporary social isolation by focusing solely on its health-related effects. It is not what the video shows that is objectionable, but what it does not. The producers disregard the fact that this type of isolation was but an offshoot of caste-based untouchability practices, meant to assure the protection from the inherent pollution of another person. Even more egregious is the concluding recommendation that these practices should be restored.

Is it really alright to revive untouchability which has taken so much effort to combat? The answer will be yes only if we ignore the severe risks that Dalits and other people face.

As an outsider who challenges caste-based elitism, my view contrasts with Carfrae and Kassel’s. The very practice of social distancing they admire for protecting Newari traders shares resonance with caste-based untouchability and discrimination - something which has the opposite effect, making marginalised ethnic, religious groups and Dalits more vulnerable. The BBC video provides only a partial picture of how discriminatory caste practices operate.

One misrepresentation is the degree of adherence to such practices. In modern-day Nepal, for example, when relaxing inter-caste behavioural sanctions benefit the high caste, they are often willing to carry them out. I can’t remember a Brahmin ever refusing to shake my hand when we first met. Afterwards, many have typically undergone ritual purification. But these rituals rarely achieve medical standards of hygienic cleansing. Furthermore, inter-caste exchanges commonly take place through multiple forms; exchanges of food, water, money and other substances flow through society, but in well-channelled downstream ways. Food and water, in particular, flow from Brahmins downward to other castes, along with whatever contaminants they might include.

The flow upstream is prevented by social distancing. The direction of exchange and the potential for infection always ends up pooling amongst Dalit communities. This flow, along with other factors, helps to create the highest levels of comorbidity in them.  Moreover, Dalits have the lowest levels of healthcare access, not only because they are poor, but also for reasons related to discriminatory exclusion.

Brutality is one of those contaminants that travels downstream along with food, water and other things. If Dalits or other marginalised people dare to transgress caste boundaries (or unwittingly do so), they risk merciless beatings or other forms of violations that multiply the whole package of discrimination foisted upon them. Being beaten or forced to eat human excreta are far too common examples of what the system of social distancing has in store for Dalits.

In order not to be exposed to the so-called ‘pollution’ that Dalits might conceivably threaten Brahmins with, many practices of isolation have been put in place. Exclusion from a Brahmin’s home or from a Hindu temple are two of the most visible and direct examples. Despite formal measures to open certain sectors of society to Dalits, the practice of exclusion persists in modern, secular spaces as well. I am familiar with several hospitals in Nepal that are theoretically open to Dalits because of their status as poor. Yet, Dalits are reluctant to enter spaces that are controlled by dominant caste groups whom they fear and mistrust. These same elites are blind to the myriad ways that they continue to disadvantage Dalits even while, on a conscious level, they may attempt to act more equitably.

Consequently, Dalits often get enclosed within communities of risk; at risk for all the reasons tied to practices of pollution control that keep them impoverished, living in substandard, often crowded, housing, and underserved by educational, medical and other services. When infectious diseases work their way into these communities, their transmission rates inevitably spike because of poor sanitation and lack of effective medical response.

That their vulnerabilities are concentrated in specific, identifiable geographic areas also makes Dalits susceptible to predation by others. Women and girls, for example, are commonly the targets of sexual exploitation, including by people of dominant castes more than willing to ignore untouchability to satisfy their urges. Violence often accompanies such exploitation, doubling down on their power over Dalit females while they ignore social distancing.

Those who adhere to a view that social distancing is protective also embrace the term. Social distancing has long been honoured as the way to assure Brahmins of their purity.  The term symbolises a set of practices that maintain their privilege. But Dalits regard social distancing as a system of subjugation and ill-treatment.

Dalits and their advocates recognise that through their marginalisation, they are repeatedly subjected to the worst effects of disasters, big and small. This was as true of the 2015 earthquake as it has been of the prolonged implementation of the caste system. Thus, the International Commission for Dalit Rights warns Dalits as well as other marginalised groups that they will likely face a greater risk of experiencing serious illness if they become infected with Covid19, decreased access to testing and treatment as well as social, financial and health risks associated with the virus. Dalit women are also likely to face more sexual, domestic and gender-based violations as well as growing human trafficking threats. The Covid19 crisis will add to their burden under the caste system rather than alleviate it.

Highlighting the supposed and largely unsubstantiated claim that South Asia’s social distancing has helped to keep Covid19 in check runs the real danger of justifying the continued exclusion of Dalits and other marginalised people. Practices of social distancing must be viewed with a dose of skepticism. They may protect the elite, but they endanger others.

Feature image details: T. R. Bishwakarma gives a speech after the arrival of Muluki Ain 2020. The developmental and anti-discriminatory agendas of the new Panchayat government were welcomed by Dalits activists as progress on the issue of caste. By the 1980s, T. R. Bishwakarma led a more radical path to Dalit liberation and also authored the first demand for reservation. Photo from Mithai Devi Bishwakarma. Kathmandu, 1963.

The photo and caption is from "Dalit: a quest for dignity", a photo-history book edited by Diwas Raja KC and published by Nepal Picture Library.