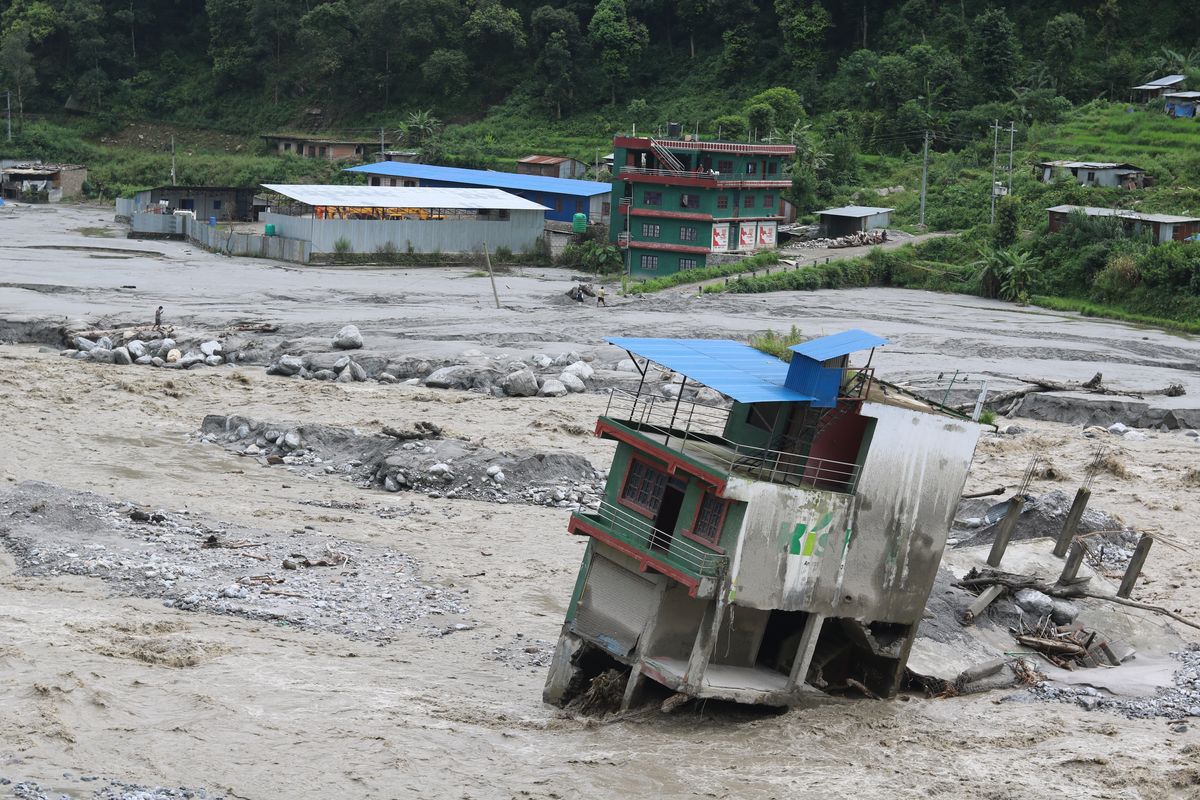 SINDHUPALCHOK — On the night of June 15, Shalini Shrestha had just gotten dinner ready when her neighborhood erupted into chaos. Fed by the incessant rains, the Melamchi river breached its banks. At around 9 pm, muddy water started entering Shreshta’s home, forcing her and her family to evacuate, leaving their dinner untouched. By midnight, the water had reached the second floor of her house.

“It had been pouring incessantly for a few days, but we didn’t think much of it. Every monsoon, the water level rises, but we never thought the river would rage like that. It came at us for four days straight, as though it was angry at us,” said 30-year-old Shrestha.

Shrestha lives in Melamchi Bazaar, where the Melamchi river meets the Indrawati. Her house is along the banks of the two rivers, near the Ama Helambu Bus Park. That night, the flood waters, and the debris that came with it, destroyed much of Melamchi Bazaar and the surrounding areas. The bus park near Shrestha’s home was completely washed away, along with half a dozen houses.

Scenes from Melamchi made the front pages of every newspaper over the next few days. Numerous think pieces were written about the causes of the flood. Two months later, Melamchi and the floods that destroyed so many lives and properties have been largely forgotten in the national consciousness. But the residents of Melamchi Bazaar and its environs, many of whom lost everything, continue to live with the devastation wrought.

READ MORE: Death and destruction with the arrival of the monsoon

Along with many others in Melamchi, Shrestha’s life was completely uprooted that night. While her house remains intact, the floodwaters destroyed most of her possessions and took away her only means of income. Shrestha ran a small tailoring business out of the ground floor of her house. She also reared chicken and ducks on her roof. The waters took everything when they came.

With a shovel in hand, Shrestha comes every day to dig through the sludge in her home. She has already spent around Rs 35,000 getting the debris out of her home and has no more cash to spare. 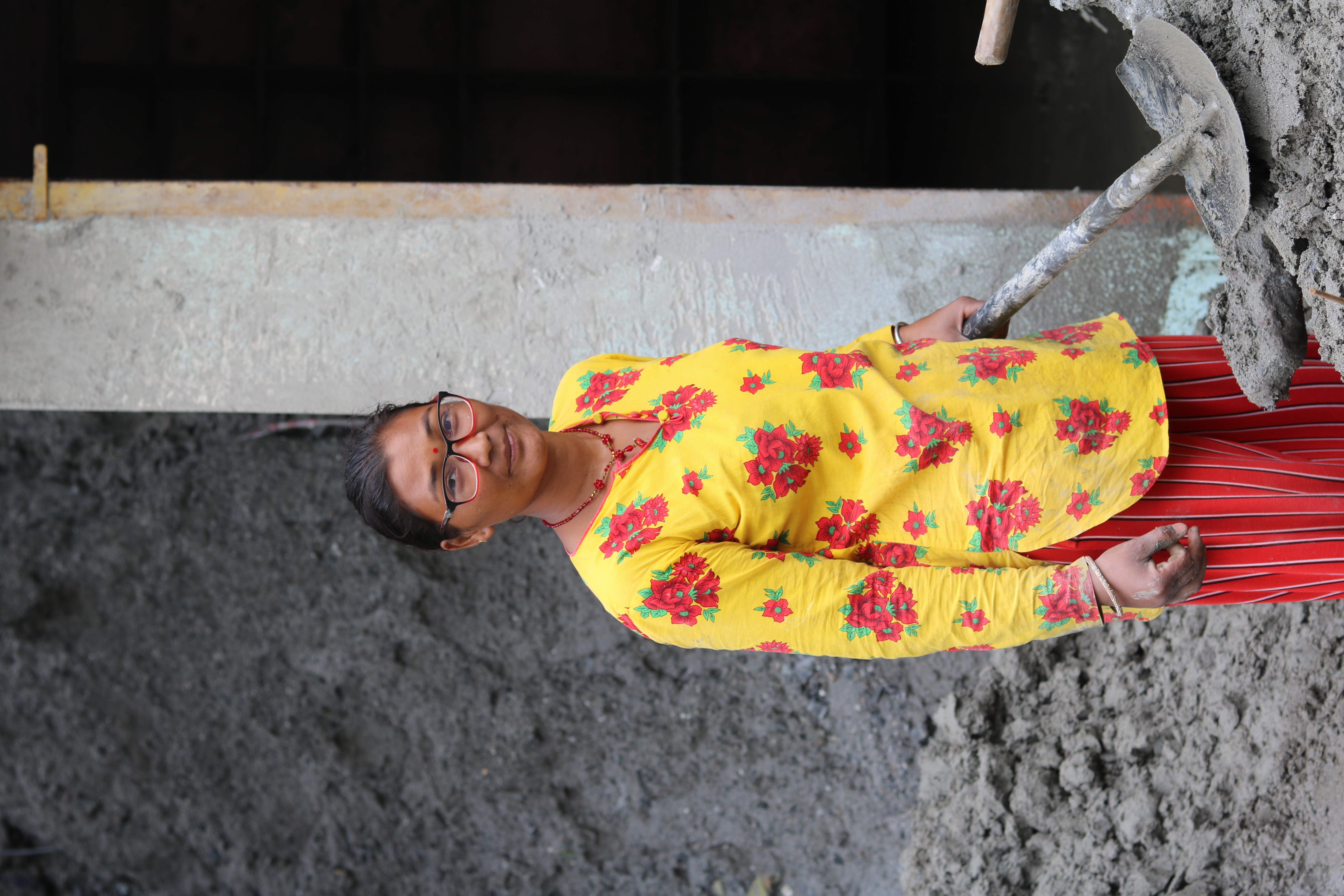 For now, she’s living in two rented rooms with her husband, two children, and her mother. Her family has been surviving for the past two months on Rs 25,000 and food materials provided by the local government as relief. This has not been nearly enough.

Som Bahadur Tamang’s house too, along with his furniture workshop, was swallowed whole by the June 15 flood. He had built his home only two years ago.

“I have lost property worth more than two crores [Rs 20 million] with this flood. My workshop is no more. I have no idea how my family will survive,” said Tamang.

The June 15 floods surrounded Tamang’s house with debris from all sides. When the government extended no help, he hired an excavator to clear out the debris. But there was another flood on July 1 and more debris came with it.

“All the debris on the streets was removed by the people here. The government did nothing. It’s not just the federal government, even our local government is indifferent to our plight,” said Tamang. “Perhaps the government is keeping quiet because the actual flooding season is just starting just now. Perhaps they are waiting for more floods to come, for more devastation.”

The damage to Melamchi Bazaar has indeed been devastating. The Melamchi river has expanded to almost double its size and looks monstrous: tree trunks and roofs of dismantled houses stick out of its raging, muddy waters. Many streets in the bazaar are still submerged in debris that are as tall as a two-story building. Buildings lie abandoned like toppled chess pieces. Bridges, even a concrete one, have been swept away. 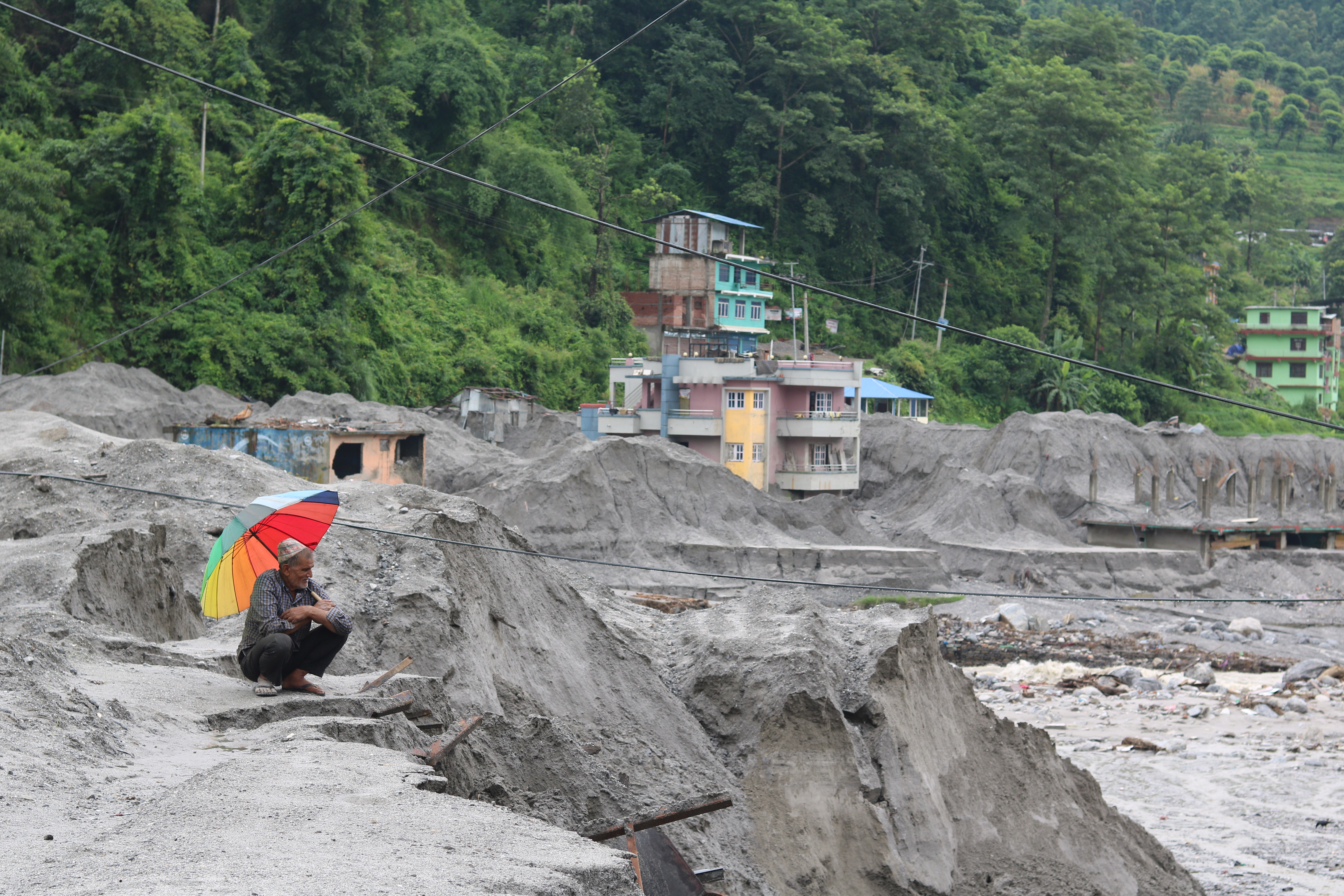 Further up Melamchi Bazaar’s main road, up the Melamchi River, more than 25 houses have been swept by the floods in Danuwar basti, says Ganga Bahadur Danuwar, a local.

"Five generations of my family have lived here in Melamchi and nobody has ever seen such devastation. People say we built homes on the river’s path but that's not true,” said 56-year-old Danuwar.

Danuwar’s house is among the half dozen houses that still stand, but he thinks it’s only a matter of days before his house too will be swept away.

“The water level has increased so much in the last few days because of the rainfall. My house will definitely fall,” he said.

To save what he can, he has taken out the windows and doors, like most other residents. And he and his family have moved to another two-room flat he owns.

“We’ll just have to wait it out now and rebuild everything ourselves,” said Danuwar. “Just like how we did after the earthquakes in 2015. Nobody helped us then either.”

The swollen rivers have not brought devastation to just Melamchi Bazaar. At higher altitudes, such as Helambu Rural Municipality and Panch Pokhari Thangpal Rural Municipality, damage is much more severe. While there have been no casualties in Melamchi, three people have died in Helambu and 17 are missing.

If the rains persist, other settlements downstream, like Bahunepati Bazaar, Sita Ghat, and Talamaran Bazaar, are also at risk, said Dambar Aryal, mayor of Melamchi Municipality.

“Just today [Sunday, August 29], another building collapsed in Melamchi,” said Aryal. “We are all at very high alert and have asked residents to be vigilant. For now, we are doing our best to take the two rivers back to their original courses to avoid further damage.”

To date, floods have destroyed 197 houses in Melamchi and 282 ropanies of farmland, according to Aryal.

As for providing more relief to flood victims, Aryal says that besides the financial aid provided by the local government, the federal government is also working out a plan to provide more financial relief.

“Victims will be provided anywhere between Rs 300,000 to 500,000, depending on their individual needs. The federal government will be chipping in 60 percent, the provincial 25, and the local 15,” said Aryal.

When this aid will become available to the people, he is uncertain. But the people of Melamchi need help now.

“We can’t wait for the government to start taking responsibility. We need help right away. If the authorities could make arrangements for women like me, help me buy a sewing machine, I could make ends meet. But the government doesn't care," said Shrestha. “We’re on our own.”

Two white snakes, first of their species in the world, found in Nepal