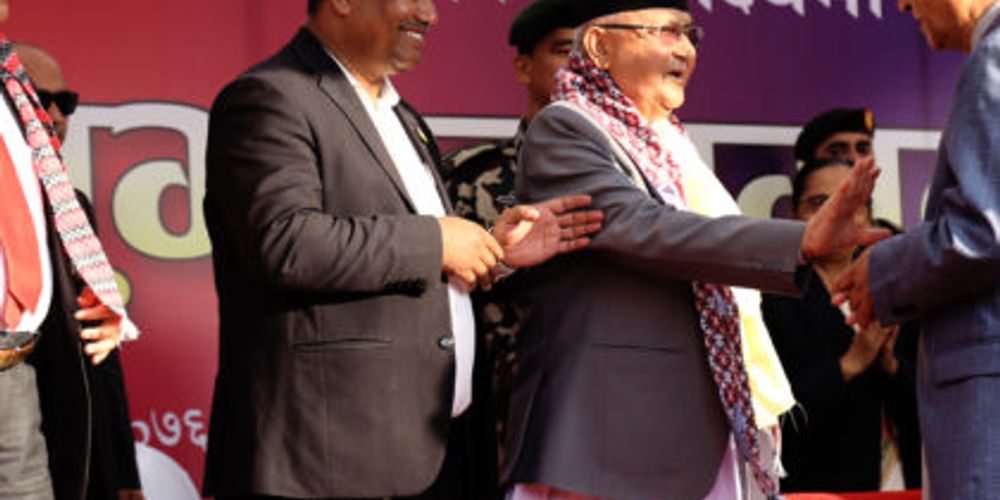 Kathmandu District Court has issued an arrest warrant for House of Representatives member Parbat Gurung for alleged involvement in an attempted murder. The warrant was issued on August 29 in response to a complaint filed by Birdhawj Khadka of Dolakha, accusing Gurung of masterminding an assault intended to kill Khadka on the eve of the 2017 local elections, wrote Nepal magazine, which first broke the story.

Gurung has been talked about as one of Prime Minister KP Sharma Oli’s favourites for minister in the next cabinet reshuffle. If he were to be arrested, he would be the fourth House of Representatives member and the second from the ruling Nepal Communist Party (NCP), to be arrested on criminal charges this month.

Former Minister and Nepali Congress (NC) lawmaker Mohammed Aftab Aalam, who is accused of killing as many as 23 people a decade ago, has been arrested as police launched a fresh investigation into the intrigue and mysteries surrounding one of the widely-condemned instances of political violence since the end of Nepal’s conflict in 2006. Aalam was arrested from his village in Rautahat district on October 18, seven years after the Supreme Court ordered an investigation into the case in response to a writ petition filed by victims’ families.

The details are murky, but according to the petitioners and accounts of villagers, a number of Aalam’s supporters were making a bomb on his direction to disrupt the first Constituent Assembly election in 2008 that he was contesting from Rautahat-2. When the device accidentally detonated, Aalam, fearing exposure, ordered other henchmen to move the bomb-makers, some of whom were still alive, into a nearby brick kiln where they were then thought to have been burnt.

The families of two victims, Oshi Akhtar and Trilok Pratap Singh, subsequently filed an FIR (first information report) against Aalam, his brothers, and others. Police did not arrest Aalam at the time in part due to his connection to NC top brass, and the district attorney’s office refused to launch a case, citing lack of evidence. NC leader Krishna Sitaula was Home Minister at the time. Shortly after, Ruksana Khatun, Oshi’s mother and a petitioner in the case, was killed under mysterious circumstances. Other witnesses went into hiding.

Aalam has served as minister in four governments that came to power since the first People’s Movement of 1990, including as labour minister in the then-UML government led by Madhav Kumar Nepal from 2009-2011.

NC President Sher Bahadur triggered a social media backlash on October 18, after he suggested that reopening the case 12 years after the alleged incident could be politically motivated.

Police on October 17 arrested at at least 21 leaders and cadres of the semi-underground Communist Party of Nepal (CPN) in Dang. The group was reportedly holding a meeting of party’s Rapti bureau in the jungle at Mugretha Khola when, following a tip-off, police raided the area. Among those arrested are Chandra Bahadur Chand, a brother of the party’s general secretary, Netra Bikram Chand ‘Biplav’. This is the largest arrest since the government intensified its crackdown on the offshoot of former Maoist rebel party in February. So far, security agencies have arrested around 1000 CPN leaders and cadres.

Also Read: From the ashes of People's War

Former House of Representatives Speaker Krishna Bahadur Mahara has denied a former colleague’s claim that he sexually assaulted her at her Kathmandu apartment on September 29. Mahara has admitted going to the apartment of Roshani Shahi, but insisted that there was no truth in her allegations, a police official told The Record, citing his statement to investigators.

Mahara resigned on October 1 after Shahi, thought to be an old friend of the family, told police and media that he had raped her. She first withdrew the charges, then filed a written complaint at Tinkune police station, and later also said the police had pressured her. Some media reports cite old social media posts which suggest a long-running “relationship” that may have included abuse, as well as Shahi’s history of depression.

On October 6, police arrested Mahara from the speaker’s residence in Baluwatar. After spending a night in jail, he was taken to Norvic hospital reportedly for treatment for high blood pressure. On Tuesday, the Kathmandu District Court directed police to remand him to judicial custody for three more days, after police requested more time for investigation. Police have not been able to file the charge sheet due to Mahara's denial to answer the follow-up questions.

The ruling Nepal Communist Party (NCP) has still not decided on a new speaker. Mahara had originally resigned from the post “conditionally”, but statements from party members and others since suggest that he is unlikely to return as speaker, even if the charges against him are dropped.

“Keep your eyes open”, and “Call me tapain”: PM Oli to nation

Prime Minister KP Sharma Oli has told his critics to open their eyes and see “all the good work” his government was doing to steer the country towards peace, prosperity, and development. Speaking at a tea reception organized by the ruling Nepal Communist Party (NCP) on October 16, Oli lashed out at critics, accusing them of harbouring hatred towards his government and of “keeping their eyes closed.”

The previous day, the prime minister had a different line of attack, criticizing the now-common practice in Nepali-language media of speaking about politicians in the informal second person, timi, rather than the more formal—traditionalists such as Oli would argue more respectful—tapain. He said that journalists call “even their fathers” timi.

“Every Nepali citizen has the right to be happy, the right to be prosperous, and these rights have been enshrined in the constitution itself. We are conducting a campaign to help achieve these rights and equality. Rumours spread. I would like to appeal brothers and sisters not to run after rumours. Rumour is rumour,” said Oli.

Yet, at the same reception, Oli’s own NCP colleague criticized the government for failing to bring about a real difference in the lives of common people. “The government should be thanked for what it has done so far. But it has yet not been able to win people’s hearts. It has not been able to effectively discharge its duties,” said former Prime Minister Jhala Nath Khanal.

A day after he was caught on camera smashing the counter and shoving staff over flight delays, the Nepal Police arrested Sah from Tribhuvan International Airport where he was about to board a flight for Okhaldhunga. He was released on bail on October 18.

The Arlines Operators Association of Nepal has demanded the government take action against Sah. RJPN leaders protested against his arrest, saying Sah merely had lost his calm when he saw airline staff ignoring sick passengers who were waiting for the flight.

The SC, however, ruled that it was within the power of local bodies to provide allowances to the local representatives, something Province 1 has been doing. Some have described the SC's ruling an attack on the autonomy of local government.

From the ashes of People’s War

Despite its immense bravado, the radical Maoist group led by Biplab might find it difficult to achieve its aims

The week in politics: What happened, what does it mean, why does it matter