No end in sight for survivors of domestic abuse

No end in sight for survivors of domestic abuse 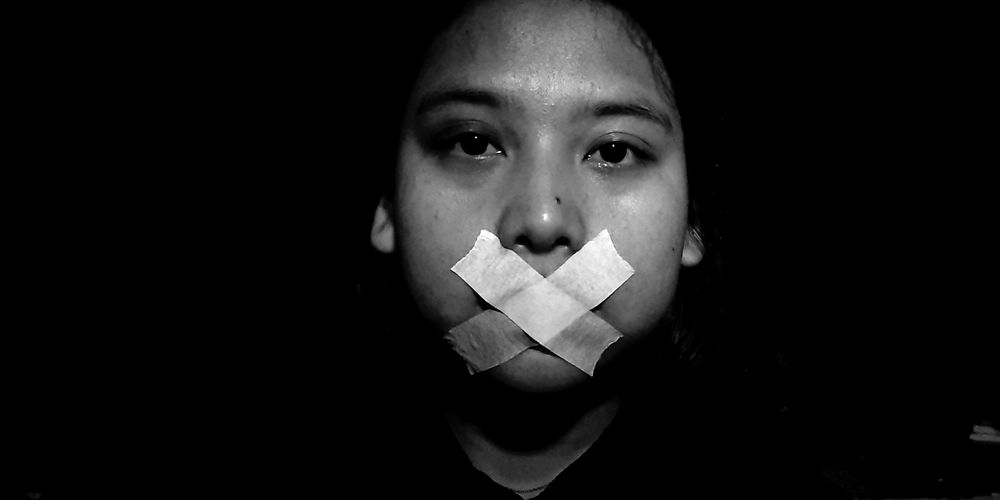 Parbati has lost count of the number of times her husband has hit her. What she clearly remembers is how it had felt the first time he hit her. The sharp, clear pain she felt on her skin, the stinging sensation that lingered, and the humiliation and hurt. The episodes of abuse began when he returned from Saudi Arabia about seven months ago.

For months prior, Parbati, who asked that she not be identified by her real name, had been looking forward to her husband’s return. In his absence, her in-laws would regularly verbally harass her, so much so that she had even thought of committing suicide.

“I had to live for the sake of my two children. I believed I would be able to overcome this gloom once my husband would return but he turned out to be worse,” said 30-year-old Parbati who lives in Manthali, Ramechhap.

And the tragedy is that there is little Parbati can do to fight back. She has not yet acquired her citizenship certificate which has, among other hindrances, deprived her of even getting something as simple as a SIM card whenever her husband smashes her phone. She says that she wants to earn money so that her children can continue going to school but her husband disapproves.

“He refuses to have my citizenship issued saying that I don’t require one as I don’t need to go out for work. If I argue, it serves as an excuse for him to hit me. My children have witnessed such happenings since the lockdown,” she said.

Hari Maya, whose name has also been changed to protect her identity, is from the same municipality and shares a similar plight — she is tormented by her father-in-law.

“Every now and then, there is an unending quarrel in the family which ends up getting physical. My father-in-law humiliates me, even in my husband’s presence. He verbally and physically abuses me, even alleging that I’m having an extramarital affair,” said Hari Maya, who is in her 20s.

The situation has gotten worse since the pandemic started, especially during lockdowns, as prohibition orders have forced her to live with people who are abusive.

Police Constable Sushila Shrestha of the Ramechhap Women’s Jail says that most complaints are settled through mutual reconciliation, as that helps resolve the matter within the family.

“The number of complaints was higher during the first lockdown and it has somewhat declined this time around. We have also been circulating information regarding violence through social media like Facebook, so I think people are aware of the issue,” said Shrestha.

When asked if there is a possibility of cases going unreported she said, “Chances are slight but we cannot say unless we have instances where survivors have been threatened not to file police complaints.”

Both Parbati and Hari Maya's cases were not reported. The two did not lodge any police complaint partly because they are not aware of compliant processes but mostly because they feel doing so could make the situation worse for them.

“I am afraid of my husband’s reaction. I want to earn a living and get out of this harrowing situation but since I, including my children, are financially dependent on my husband, I am left with no choice but to stay with him,” said Parbati.

Women like Parbati and Hari Maya are in dire need of livelihood opportunities to not just be economically independent but also free from their abusers. Every year, thousands of people from the municipality apply for the Prime Minister’s Employment Program but most of them never get any work opportunity as the demand largely outweighs the supply. In the fiscal year 2019/2020, over 5,000 applied for the program. But from among 551 enlisted unemployed individuals, the program only provided 100-days worth of work to 176 people. Among the 176, only 46 were women, three times less than men.

“It could be because women have less access to resources and opportunities. Women being able to come out of homes for work also depends on how socially acceptable it is for them to work and lead the family,” said Raxit Regmi, program coordinator for the Prime Minister’s Employment Program in Manthali Municipality.

Deputy Mayor of Manthali municipality Maya Karki, who also chairs the judicial committee, says that most cases of domestic violence or any gender-based violence are driven by economic crises in the family. During the pandemic, women have been hit the hardest.

“Taking the situation into consideration, the municipality is planning employment programs for women while encouraging their participation in the Prime Minister’s Employment Program. We have also allocated a Rs 61 lakh budget for women and children for the 2021/2022 fiscal year, which is Rs 32 lakhs more than last fiscal year,” said Karki.

According to Constable Shrestha, a safe house in Manthali, which is run in coordination with the local government, has no records of any women being accommodated.

“If need be, they [women] are kept for a day or two in the safe house until their husband comes to terms, settles the dispute, and takes responsibility,” said Shrestha.

As per Article 20(10) of the constitution, any indigent party shall have the right to free legal aid in accordance with the law. Likewise, the Legal Aid Act 1997 highlights the need for the District Legal Aid Committee in each district to provide easy access to legal aid for economically disadvantaged individuals through a stipendiary lawyer (baitanik wakil).

While many cases of domestic violence are resolved through reconciliation in Ramechhap, Pandab Prasai, a stipendiary lawyer at the Ramechhap District Court, says that most cases that conclude in reconciliation between both parties report a recurrence of violence.

“Cases of domestic violence are on the rise but cases registered for legal aid are comparatively lower. In numerous situations, legal aid for genuine cases remains a huge challenge,” said Prasai.

Indeed, when it comes to providing cost-free legal services, many issues come into play, such as the power dynamics between the lawyer and client and the quality of the service provided.

“Both factors are generally overlooked,” said advocate Sabin Shrestha, executive director at the Forum for Women, Law and Development (FWLD). “Legal aid not only incorporates economic support but also the amount of accountability and dignity that you serve your client with. Standard Operating Procedures for legal aid should be duly followed in order to address and identify client’s need and behaviors.”

And undergoing an ordeal in pursuit of justice takes a toll on their emotional and psychological wellbeing.

“Although counseling sessions serve as a means to catharsis, some grow reluctant and return to their abusive relationship as they see no other alternatives. For others, it could take all their lives to heal and get back to normalcy, even with routine counseling,” said Kripa Acharya, a psychosocial counselor at Saathi, a non-profit that addresses gender-based violence. “Their pain and traumas are so deeply ingrained that it takes a great deal of patience and perseverance to show positive behavioral change. Victim-centric approaches will not suffice as each party involved in violence has their own trauma which eventually leads to conflict. Providing counseling sessions to the other party is equally important.”

Back in Manthali, for people like Parbati and Hari Maya, such counseling sessions are a distant dream. Locked in with their abusers, the best they can hope for is to find enough courage to seek help and fight back.

Sonam Lama  Sonam Lama is a Kathmandu based journalist writing on social and environment justice.