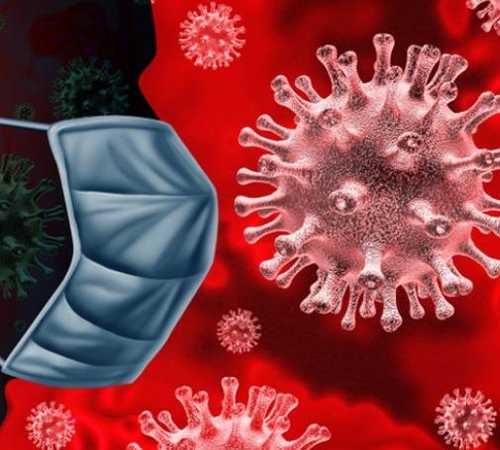 Monday’s slight dip in new Covid-19 case numbers in the capital should be taken with a pinch of salt, say health experts. On Monday, Kathmandu recorded 326 new cases, down from 354 cases from the previous day. But experts caution the decrease might not signal that the Valley’s numbers are trending for the better.

A similar dip was seen recently in the national figures too. The country recorded 979 new Covid cases over the last 24 hours--one fewer than on the previous day.

The past two days’ decline, say experts, is probably tied to testing numbers: There has been a decline in the number of reverse transcription polymerase chain reaction (RT PCR) tests conducted in the past two days in the Valley.

Over the last one month, the government ramped up the number of RT PCR tests administered, which is why the country saw a constant rise in the number of new cases. An average of 11,000 tests were being conducted per day in the first weeks of the month. This week, however, the test numbers have dropped.

The dropoff in testing numbers is the result of new government directives. Dr Samir Kumar Adhikari, deputy spokesperson at the Ministry of Health and Population (MoHP), said that, of late, tests are being conducted only on the basis of need.

But he also thinks that because mobility has been restricted by the ongoing lockdown, chances are high that infected persons are coming in contact with fewer people.

“If we look at the ratio, the virus’s spread rate has remained constant, which is an achievement,” said Dr Adhikari. “The infections have not increased at an exponential rate--which is the norm for this virus. This is a positive sign.”

But it all depends on how one interprets the numbers. Three weeks ago, the total number of Covid cases in the country was 28,938; this total now stands at 47,236--making for an increase of 18,298 cases in the past 20 days. Meaning, on average, the country has seen 914 new cases per day.

The issue of whether there needs to be more tests continues to be a contentious one. Health experts have been insisting on increasing the tests, while the government has started limiting testing to only those people who come in close contact with infected persons. Then there’s the problem of contact tracing being implemented--finally--so late into the pandemic. In the Valley, local bodies have only just set up a team of three technicians, along with swab-collecting teams, to trace people who come in contact with infected persons. But then there are not enough laboratories to do the assays of the swabs. And the laboratories sometimes take upto four days to prepare a report.

The government still hasn’t gotten its act together--even though health experts, from the start of the pandemic, have been urging the government to do better. “Effective contact tracing, for example, is a must in combating the disease,” said epidemiologist Dr Lhamo Sherpa. “The government must first expand the RT PCR tests to the mass level. Then, there must be no delay in test results, and the people who came in close contact with the positive cases must be traced and tested.”

But despite such recommendations by experts, the government has chosen to reduce testing. And this, even though the death toll continues to rise. On August 23, for example, the death rate of the infected was 0.47 percent. On Monday, that figure stood at 0.64 percent. A total of 149 deaths was recorded on August 23. On Monday that figure was 300.