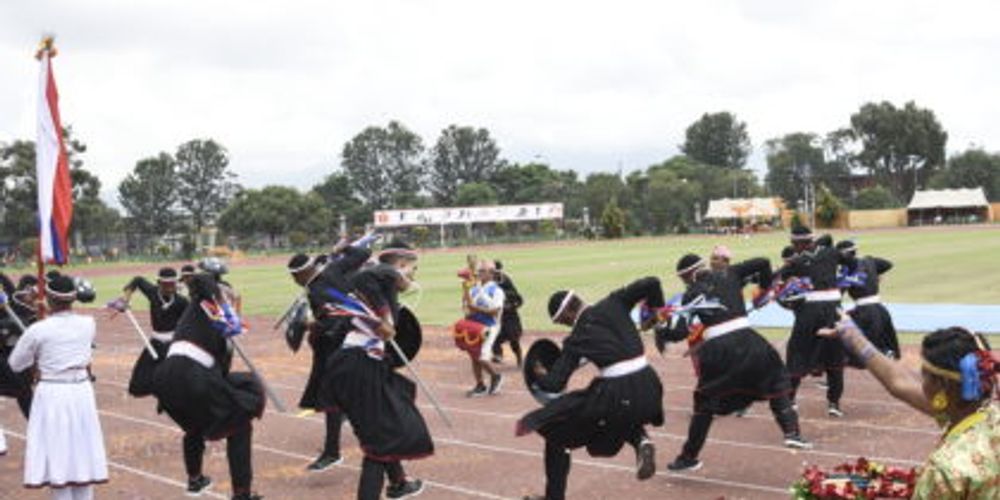 Kathmandu Valley’s opportunistic growth and rapid urbanization have dramatically reduced the open spaces available to the public. The looming threat of an earthquake, and recent memories of one, further highlight the impact of this loss. The Occupy Tundikhel movement highlights the urgency of citizen action to reclaim open spaces. But Tundikhel is about more than just public spaces. It is about encroachment specifically by the Nepal Army. This encroachment goes beyond land; the military’s tentacles grasp at many sectors unrelated to national security, including petroleum supply, major construction work, and disaster reconstruction. Occupy Tundikhel brands itself as non-political, but the encroachment is fundamentally an outcome of a political context that the movement would do well to acknowledge and address head-on.

Barring a few hiccups, the Nepal Army transitioned relatively comfortably from being controlled by the monarchy to—in theory at least—coming under elected civilian control. But those hiccups are instructive. In his book Prayogshala, Sudheer Sharma explores how, during the 2005-2006 People’s Movement, the Army took careful measure of the monarchy’s dwindling authority. After sticking by the monarchy for 240 years, the Army decided to desert the king and fall behind the people. The loss of this pillar of support prompted the king to give up power.

This did not, however, pave the way for clear civilian control over the military. Opportunism had simply, and conveniently, met a just cause. The Nepal Army remained strong, and rather than gaining a new master, found more independence instead. Nowhere was this clearer than in the tussle between then-prime minister of the Maoist-majority government, Pushpa Kamal Dahal ‘Prachanda’ and the Chief of Army Staff, Rookmangad Katawal. When the Prachanda government tried to sack the general, the army was reportedly able to mobilize various sources of support from constituencies wary of the recently-mainstreamed Maoist party, including President Ram Baran Yadav and New Delhi. An army that can act with such independence is inherently threatening to a democracy.

That was 2009, and here we are, a decade later. The land that Occupy Tundikhel wants returned to the public is being encroached upon by the Army, a public bus park and a football stadium. Indeed, two of the Army’s most prestigious structures, its headquarters and the Sainik Manch, its parade ground, fall on the encroached land. It will be far harder to reclaim this than it was to push back against the bus park, which serves the commercial interests of a private contractor. After locals protested against the encroachment of Khula Manch, the municipality bulldozed the structures that were built without its approval. The Army appears to understand the strength of public opinion regarding Tundikhel—and its response is instructive. On the one hand, the Army Spokesperson has stated that the Army is ready to coordinate if activists for preservation of Tundikhel can come up with clear concerns; he even expressed the Army's commitment to “greenery and open spaces”. On the other hand, the Nepal Army has been constructing a new building in the Tundikhel land despite public criticism. For now, it looks unlikely the Nepal Army will give away its valuable and coveted property easily. Similarly, the Mayor of Kathmandu municipality, the ruling UML’s Bidya Sundar Shakya, has waded in and muddied the waters, saying the movement is politically motivated, possibly promoted by the support extended to Occupy Tundikhel by his political opponents. In response, the organizers have gone out of their way to state that the movement is non-political. Other ruling party officials are silent on the issue, though this may not be the case for long. As we saw with the encroachment of the Lalita Niwas land in Baluwatar, powerful state forces will do their best to repress opposition to such encroachment and to discredit civilian movements.

Given this, it is understandable why the Occupy Tundikhel organizers would want to stress how apolitical they are. But many things can be political without being aligned to political parties. In this case, it is the army’s traditional, inherited political power, and its clever politicking during Nepal’s transition that is at work; when this expression of politics and power collides with the interests of the common people, any response from common people is intrinsically political in nature. Occupy Tundikhel should embrace this broader and more relevant understanding of politics. Any movement that pits citizens against their government is political. Movements like these give birth to newer political imagination and action. And like any other grassroots movement, it is directed towards a redistribution of resources from a select few to the masses.

Occupy Tundikhel would be more effective and stand a greater chance of success if it could clearly identify who is responsible for the encroachment and why this is an abuse of power. In doing so, it could help not just liberate public space, but even trigger a broader examination of the army’s involvement in other so-called development work. This would lay bare what democratic control of the Nepal Army truly means, and the many positive consequences it will have for ordinary people, and thus bring home to society at large the urgent need for democratization of the military.

Dismay and discrepancy at COP26

One young Nepali climate justice activist reflects on her experience attending COP26 and illustrates how the conference ultimately let us all down.

When it rains, it pours

More than 70 lives have already been lost to this past week’s rains with the toll only expected to rise.