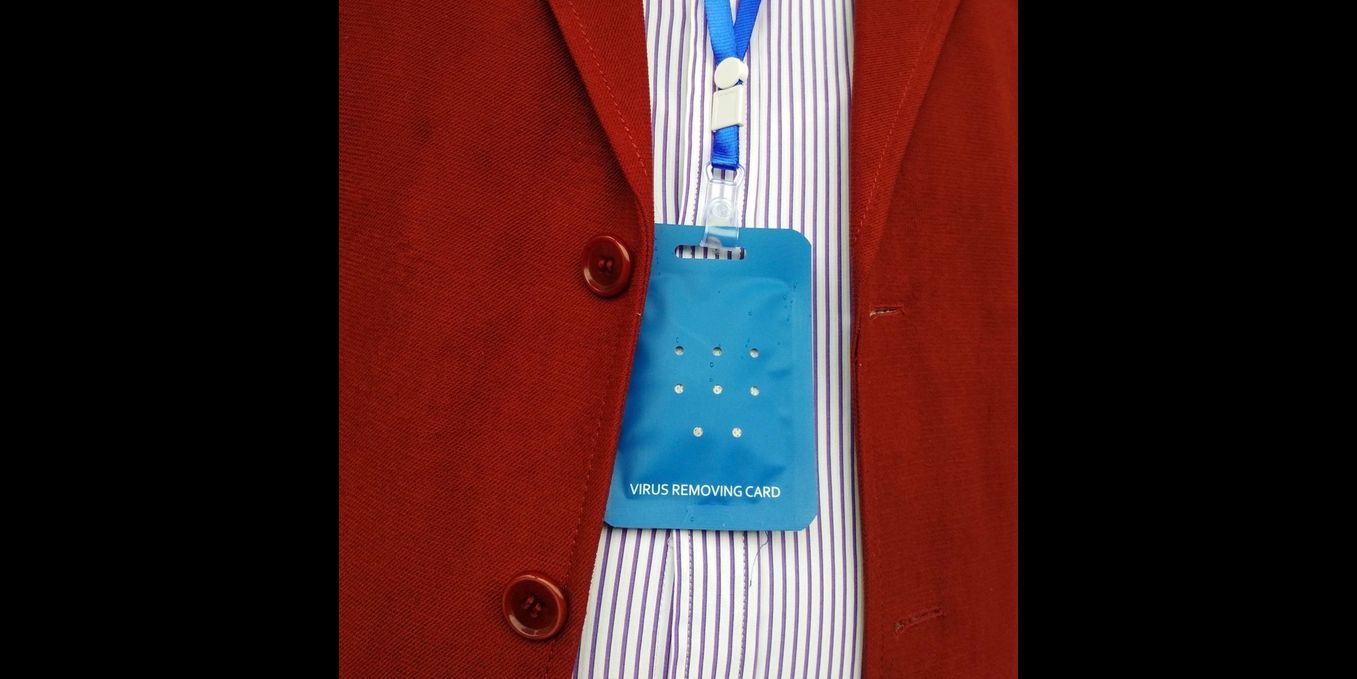 While Prime Minister Oli has been placing his hopes on turmeric, hot water,  and the “superior immunity of the Nepali people” to save the country from the Covid-19 pandemic, some influential leaders from his party have come under scrutiny for a possible conflict of interest, with some of  them promoting the so-called ‘coronavirus locket’, which is being touted as offering protection from the coronavirus.

Several politicians, including former Prime Minister Madhav Kumar Nepal and a former speaker have been using the locket, which according to experts, is known to have multiple side effects, including the risk of exacerbating diabetes. Experts say that this open promotion of unproven kits by influential figures is a worrying trend that could pose unnecessary health risks for a gullible public.  The phenomena of recommending unproven medicines and treatment methods is not just limited to Nepal.

Politicians across the world have been recommending unconventional methods to treat Covid-19--from herbal medicines to other unproven drugs.  In the US, President Donald Trump not not only prescribed Hydroxychloroquine, but also suggested that drinking disinfectant could protect people from the coronavirus. In India, PM Narendra Modi has promoted yoga as a possible cure. In some countries, politicians are recommending herbal medicines and drinks.

In Nepal, former Speaker and ruling Nepal Communist Party leader Subas Nembang was the first to use a Japanese ‘antiviral’ locket--a card that users hang from their neck. After he talked about the health device, which was gifted to him by Nepalis living in Japan, Members of Parliament, fascinated by the device, were keen to get their hands on one too. PM Oli’s Chief Advisor Bishnu Rimal said that even though the device was banned in South Asia, the Japanese were still using it.

When she learned that lawmakers were interested in using ‘virus-removing cards’, Kalyani Kumari Khadka, a leader of the ruling NCP--who worked as a public relations advisor to Madhav Kumar Nepal when he was prime minister--told them that her son too had imported similar cards, from China. Khadka, who is also the head of the Parliamentary Development Committee, promised to provide the cards to anyone interested in using them.

Upon requests from former PM Nepal, Khadka gave him some cards, as part of a “promotional campaign”. They were later distributed among some top party leaders who had assembled in Baluwatar to attend the party’s standing committee meeting. According to party insiders, Khadka’s son, Biplab KC, got into the card business owing to the Covid-19 crisis. KC runs a restaurant in Pokhara, but with the crisis devastating the hospitality sector, he’d switched to importing the cards.

“Madhav comrade (Nepal) showed me the corona jantar, saying it had been given to him by a doctor,” said Mukunda Neupane, Nepal Communist Party Standing Committee member. “When I saw other people using it, I asked for one, and they gave it to me. I’m not sure whether this stops the coronavirus, or whether it has the same effects as turmeric powder.”

In an interview, KC said he had imported 100,00 cards from China in the first lot. Each card costs NRs 700. Even as the Health Ministry has said that the cards may cause health hazards to vital organs like the heart, lungs, and liver, KC, the owner of Beyond the Wall Trading Pvt. Ltd,  has defended his product.

“It reduces the risks that come with being exposed to the virus. It provides additional protection, just as masks and sanitizers do,” KC told the Record. “I have been told that the Japanese virus-removal cards were sold for 4,000 to 4,500 rupees a piece. So we are not the only ones providing such cards. I have even given a card to my mother because it provides her with additional protection.”

The card’s promoters, including KC, claim the card meets European and US Food and Drug Administration (FDA) standards. “That’s why I thought it was a good product,” he said.

The promotion of the ‘virus-removing card’ by top-level politicians shows how certain people close to the NCP are seeking to exploit the Covid crisis to make money.  It also represents the hypocrisy of communist leaders, who project themselves as believers of science and who are supposed to be true disciples of Karl Marx’s materialist philosophy. For a long time, Nepalis have had to live with NCP leaders performing pujas at the commencement of new projects, for example.  In 2010, Pushpa Kamal Dahal ‘Prachanda’ took part in a buffalo puja meant to appease Saturn. And recently, the Minister for Culture, Tourism, and Civil Aviation Yogesh Bhattarai tweeted about how Wednesday, being an auspicious day, might be when his party’s internal conflict would get resolved.

But the current peddling of magical cures by NCP politicians could have ramifications of a far more serious nature. The politicians are pushing their ‘antiviral’ products despite pushback from the health ministry. On June 27, the Ministry of Health and Population warned that it would take action against those involved in promoting and selling the cards, saying the chemicals in the cards were hazardous to human health. Authorities have been told to investigate into the matter and book those involved in selling and promoting the ‘illegal’ cards.

“The health ministry is seriously concerned about the news that some people are involved in importing virus-removing cards from abroad and promoting their business by offering them to prestigious personalities. The Nepal government has not endorsed such cards,” said the ministry’s Spokesperson Dr Jageshwor Gautam.

Khadka is not alone in the ruling party to back dubious cures for the coronavirus. Another NCP leader, Sujita Shakya, has been distributing Arsenicum Album 30c pills to parliamentarians, stating that the tablets help against the coronavirus.

Dr Ambika Prasad Gyawali, homeopathic physician, said that Arsenicum album 30 itself is not a drug that cures Covid-19, but that it does help boost immunity, which helps in fighting the disease.  In fact, the health ministry has endorsed an “Ayurveda and Alternative Medicine Guideline of Preventive Measures and Management Protocols for COVID-19 in Nepal”. The protocol has recommended Arsenicum album 30 for Covid-19 problems. The protocol has not been implemented yet. The efficacy of the drug has not been proven, although homeopathic doctors argue that Arsenicum album 30 is a tested drug.

Still, after the pills were promoted by parliamentarians, the Marwadi Sewa Samiti started distributing them too. Shakya said that she had informed the chief whip, in parliament, about the drug.

“It is not a drug for the Covid virus, per se. You can’t compare it to the cards,” said Shakya. “Many people have taken the pills, even those working for security agencies.”