Nijgadh Airport: What is proposed and why environmental analysts are so worried

Nijgadh Airport: What is proposed and why environmental analysts are so worried

The proposed airport in Nijgadh, which would be Nepal’s second international airport, gets a lot of flak from environmentalists. The Record explains what is at stake. 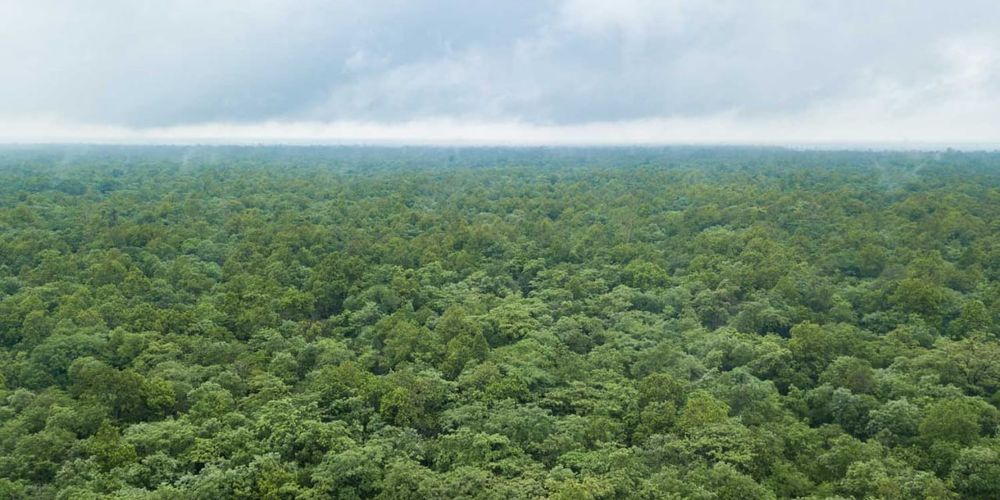 Look out also for our from-the-ground coverage, to understand the disconnect between this debate, and the economic concerns driving many players.

The international airport in Nijgadh has been long in the making. In 1995, the then-government, headed by Sher Bahadur Deuba, directed a consulting firm called NEPICON/IRAD to assess the feasibility of eight sites that could be suitable for Nepal’s Second International Airport. According to a white paper available at the website of the Civil Aviation Authority of Nepal (CAAN), feasibility was assessed based on the location, topography, ease of use of airspace, distance from major cities, connectivity via roads, availability of land, environmental factors, and unobtrusiveness to the resident population. The 1995 study concluded that Gadhimai municipality was the ideal location.

In December 2008, the government, then headed by Pushpa Kamal Dahal, contracted a Korean company, LandMark Worldwide (LMW) to conduct a detailed feasibility study and prepare a business plan. LMW received the contract to carry out the study in March 2010. The company conducted the study at a cost of $3.55 million and submitted it to the government in August 2011. LMW’s report proposed constructing the airport under the “Build Own Operate and Transfer” (BOOT) model, which would involve the company constructing the airport and transferring it to the Nepal Government. The project was stalled due to uncertainty about who would execute LMW’s plan and pay for the report till 2016 when the then tourism Minister Aananda Prasad Pokhrel ordered CAAN to conduct a separate financial assessment after the National Planning Commission and Investment Board Nepal refused to accept the LMW plan. As of July 2019, the government hasn’t paid LMW for its report. As a result, no body or agency in Nepal has seen the report’s findings and proposals.

CAAN started an Environmental Impact Assessment (EIA) of the airport and site in 2016, and it submitted its report to the Ministry of Forests and Environment, which approved the EIA on May 23, 2018.

The Ministry held the EIA close, until it was forced to share it, following a request filed by the Nepal Forum of Environmental Journalists (NEFEJ) under the Right to Information Act. The 1,800 page document drew widespread criticism from environmental activists across the country, who argue that it ignores existing laws and puts forward contradictory assessments and solutions.

The assessment estimated that the project would cost Rs 755 billion. In a call for investors, the Government of Nepal Office of Investment Board says that the Nijgadh airport project, led by The Ministry of Tourism and Civil Aviation & Office of the Investment Board Nepal, “has the potential to be the busiest airport in South Asia and one of the most technologically advanced in the world.” According to the Investment Board, “by 2021, Nepal’s annual international air traffic is expected to reach 20 million passengers, a figure too big for TIA to handle. Hence, Nepal has an urgent situation for the development of a world class airport to accommodate rapidly increasing air traffic demand.”

Beyond the flawed EIA report, the stakeholder committee says that the costs associated with the proposed Nijgadh site are manifold. The site is part of a heavily forested area, which reduces the number of people who will be displaced; even so, 1,476 households of Tangia Basti that live in the middle of forest will need to be relocated.

One element of the assessment has attracted particular criticism: 2.4 million trees will need to be felled over 8,045 hectares, to build the proposed airport. The stakeholder committee points to the impossibility of EIA’s “compensatory plantation at a 1:25 ratio,” meaning that 25 trees are to be planted for each tree that is cut down. The committee argues that this is not actually possible since it would require 38,294 hectares of land — five times the area required for the proposed airport— and the cost of plantation would be around Rs 13,980 million, a lot more than the NRs 2,670 million allocated in the EIA. The project also ignores Section 68 of the Forest Act (1993) which allows the government to clear forests only if there are no alternative options to implement the project. The committee says there are alternatives to Nijgadh, notably Murtiya of Sarhali district, using which would require clearing only 2,700 hectares of land.

Beyond the flawed EIA report, the stakeholder committee says that the costs associated with the proposed Nijgadh site are manifold. The site is part of a heavily forested area, which reduces the number of people who will be displaced; even so, 1,476 households of Tangia Basti that live in the middle of forest will need to be relocated.

The felling of such a large number of trees from a single area could lead to as much as 650 million cubic metre more of rain water not being absorbed by the forest anymore (10 million cubic water at any time will cover a width of 2 km, a length of 2 km, and a depth of 8 feet), and it will greatly increase the risk and severity of flooding in Gadhimai, Kalaiya, and Birgunj in the West and Gaurbazaar in the East. The forest is also home to 500 species of birds, 23 endangered flora, and 22 endangered wildlife species. These will certainly be displaced when the forest disappears -- and it is not clear where they can go.

The airport site is in the middle of the Contiguous Tarai arc landscape that extends from Uttarakhand and Uttar Pradesh in India to Kanchanpur in Nepal. The Tarai Arc, as it is colloquially called, encompasses multiple wildlife reserves including the Jim Corbett National Park, Valmiki National Park, and Philibit Tiger Reserve in India, and in Nepal, Suklaphanta National Park, Banke National Park, Bardiya National Park, Chitwan National Park, Parsa National Park and the forest beyond Nijgadh. The corridor has been one of the most successful and least disruptive efforts in the region for the conservation of tigers, rhinos and elephants. The free movement of animals across the arc has been a major factor in the success of the project. The proposed airport interrupts the arc.

Among residents of the area, the government of Province 2, and authorities in Kathmandu, though, the debate is less about conservation or flood risks and more about economics and the government’s goal of prosperity. These arguments are complicated and still evolving. To understand them, read our forthcoming feature that contains extensive reporting from the ground and from Kathmandu.