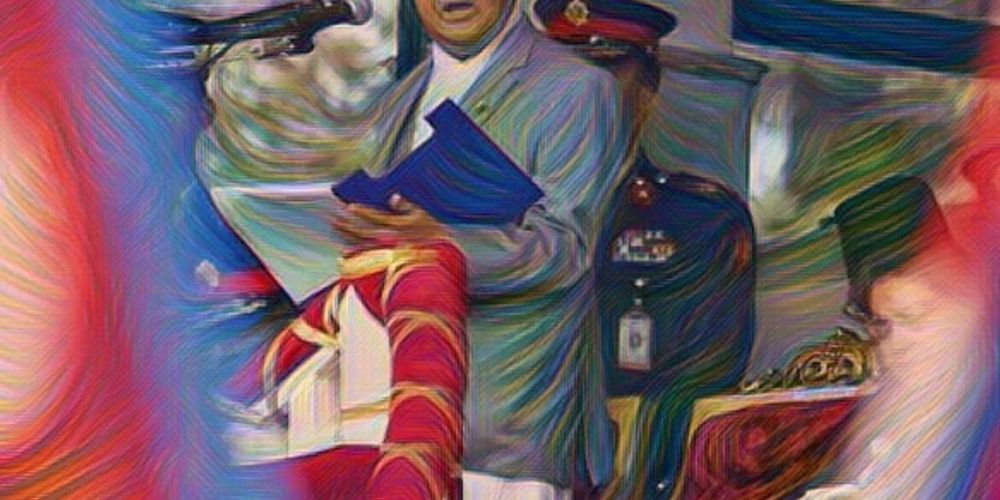 On Tuesday, the Supreme Court dealt a severe blow to Prime Minister KP Sharma Oli’s political ambitions. By dissolving the Lower House of Parliament on December 20 and announcing snap polls for the spring, Oli had hoped to outplay his opponents Pushpa Kamal Dahal and Madhav Kumar Nepal in the ruling party. But now that the Supreme Court has deemed Oli’s House dissolution unconstitutional, elections will no longer take place and the dissolved House of Representatives will need to hold its first meeting in 13 days.

Rival leaders from the Nepal Communist Party have demanded that Oli resign on moral grounds. Yogesh Bhattarai, a former minister and a member of the Madhav Nepal camp, said they will remove the prime minister through a vote of no-confidence motion if he doesn’t resign.

“He must resign on moral grounds. He can remain in power until Parliament removes him from power,” Bhattarai told The Record.

Surya Thapa, the prime minister’s press advisor, has said that Oli will not resign and will face Parliament.

Oli’s decision to dissolve the House was largely a last-minute gambit aimed at preserving his government. The Lower House was readying a vote of no confidence against the prime minister and Oli knew he no longer had the numbers to pass the floor test.

Before House dissolution, out of the 174 Members of Parliament from the Nepal Communist Party, Oli commanded the loyalty of around 80 lawmakers while the Dahal-Nepal combine commanded around 90. Allied with the Nepali Congress’ 63 members and the Janata Samajbadi party’s 34 members, Dahal-Nepal could easily have swayed the majority vote in their favour, forcing Oli to resign. Tabling a motion of no confidence requires support from one-fourth of the total members of the House of Representatives and the motion can be passed by a simple majority, or 138 members, according to Article 100 of the constitution. Article 100 (5) further states that any motion of no confidence must also indicate the name of a proposed prime minister.

Bipin Adhikari, former dean of Kathmandu University School of Law and a constitutional expert, said that since the prime minister has already dissolved the Lower House, the existing Oli government is just a caretaker.

“Legally, the caretaker prime minister shouldn’t resign. The President can call on the existing prime minister as per Article 100 of the Constitution to secure a vote of confidence. Or the parties can file a motion of no confidence to remove him once the House commences,” said Adhikari. “Then, the process to elect a prime minister will begin.”

The existing political equation is believed to have remained much the same, although Oli is likely to have lost more support due to his unconstitutional actions. Key players in the coming days will be the Nepali Congress and the Janata Samajbadi Party as it is only with their support that either Oli will pass the floor test or Dahal-Nepal will compel him to resign.

Considering the fact that both the Nepali Congress and Janata Samajbadi party have vocally opposed Oli’s dissolution of the House, they are unlikely to support him in Parliament. After the Supreme Court’s verdict on Tuesday, Nepali Congress President Sher Bahadur Deuba proclaimed it a victory for democracy while Baburam Bhattarai, chair of Janata Samajbadi’s federal council, expressed happiness at the verdict and said that there was no other alternative.

Analysts say that the Nepali Congress has now emerged as the kingmaker as its support will be crucial to any faction going forwards.

“The Janata Samajbadi Party has limited seats in Parliament. Dahal or Oli can become prime minister if the Nepali Congress sides with any of them. Or it can claim the prime ministership by allying with any faction of Nepal Communist Party,” said Adhikari.

On Wednesday, a day after the verdict, Dahal and Nepal were quick to meet with Deuba. The Congress’ 63 members will not just be crucial in unseating Oli but will also be necessary to form the next coalition government as no party or faction commands a large enough majority.

At the meeting, Dahal and Nepal both reportedly sought Deuba’s support in ousting Oli from the prime ministership and forming a coalition government.

“They proposed the party president work together with them in the coming days,” said Bhanu Deuba, an aide to Congress President Deuba. “The president has called a meeting of office bearers tomorrow before he reaches a conclusion.”

Deuba has promised to respond to Dahal and Nepal only after a discussion among top party leaders, according to the aide. During the meeting, Deuba reportedly did not say anything about whether the Congress would claim the prime ministerial berth or support the Dahal-Nepal faction’s claim.

Deuba, however, could present a claim of his own to lead the executive, instead of supporting the Dahal-Nepal faction of the Nepal Communist Party. Or, he could allow himself to be courted by Oli, who is certain to attempt to woo the Congress.

Nepal might have stepped back from the brink of unconstitutionality with the Supreme Court verdict but the political turmoil is far from over. As electing a prime minister is purely a Parliamentary affair, another round of political horse-trading is certain to begin, with each faction vying for its own turn at the helm.

Past Parliaments have had to conduct up to 17 rounds of voting to elect a new prime minister in 2011, a fact that Foreign Minister Pradeep Gyawali was quick to recall. Emerging from Wednesday's Standing Committee meeting of the Oli faction, Gyawali reminded the media of the tedious process of selecting the prime minister and reiterated that Oli would not be resigning anytime soon.

There are more complications ahead for Oli and Dahal-Nepal, though. Both factions have laid claim to the name and election symbol of the Nepal Communist Party. If Oli is to continue as prime minister, it is likely that he will attempt to split the ruling party. However, as of yet, he does not have the numbers to do so, as existing provisions in the Political Party Act require 40 percent support in both the party’s Central Committee and the Parliamentary Party for a party split. Oli could attempt to reintroduce a previously withdrawn ordinance that sought to amend the Act and ease the party split. If he splits the party, it would then be easier for him to ally with Deuba to form a coalition government.

There are numerous options available for Oli but many believe that none of them are likely to prolong his stay in power. The dissolution of the House has alarmed many in the opposition, his own party, and even citizens. But Oli is not one to give up so easily and will certainly continue to put up a fight.

For now, one thing is for certain: the political stability that Nepalis have long hoped for remains as elusive as now as it did decades ago.

How much is China investing in Nepal, where, and how?

How did Madhesis fare in the local elections, and who won among them?