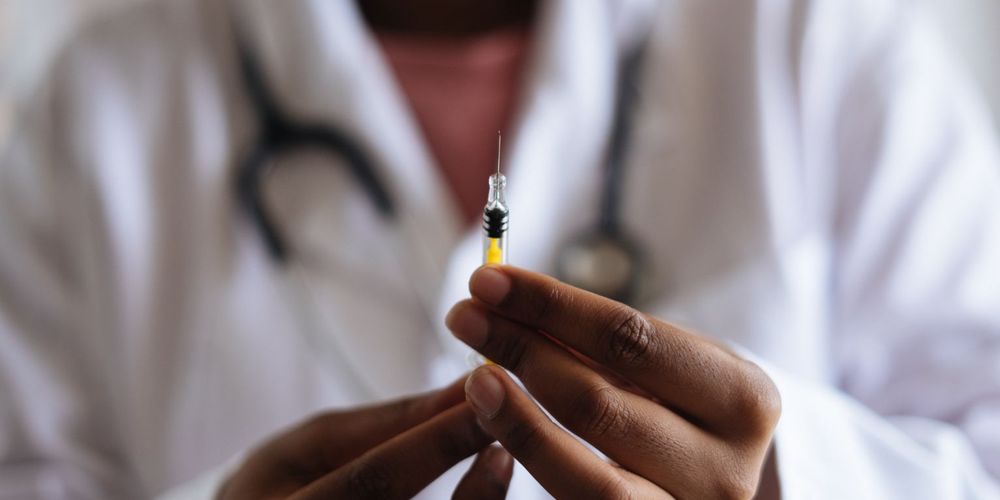 As the global race to produce an anti-corona vaccine heats up among vaccine companies, three companies from China, Russia, and the UK are preparing to conduct third-phase clinical trials in Nepal. Third-phase trials are conducted right before a vaccine treatment is approved. These trials could take place in Nepal once the Nepal Health Research Council--the research body under the Ministry of Health and Population (MoHP)--provides the companies permission to do so.

Upon getting requests from these countries, experts at the Council began working with them to finalize the terms and conditions required for initiating the trial process, the benefits to be provided to the individuals involved in the trials, and the post-trial benefits the country will derive.

“We have been analyzing the particulars of the vaccines and will decide on the clinical trials soon,” said Dr Pradip Gyanwali, member-secretary at the Nepal Health Research Council. “But before granting permission, we need to reach an understanding about the terms and conditions for the people participating in the vaccine trials and about the post-clinical benefits.”

Among the countries who have approached Nepal, Russia has developed the ‘Sputnik V’. The UK’s Oxford Vaccine Group has expedited its preparations for the last-phase of their trials. And China’s Sinovac Biotech Ltd has also developed an anti-corona vaccine and is now seeking to conduct large-scale testing in several countries in South Asia and Africa. According to the World Health Organization (WHO), nearly 180 possible vaccines from across the world--including those from India, China, Russia, the UK, and the US--are being tested. But none of them have yet completed the clinical process.

On behalf of the UK’s vaccine producers, WHO officials have already approached the NHRC, seeking its help to ensure that trials can be conducted in Nepal. The UK, which had earlier briefly paused the trials of a Covid-19 vaccine following the reporting of adverse side effects in a patient, has now resumed trials.

Russia and China have also been relentlessly pushing Nepal’s health officials to allow trials to be conducted here. Toward that end, they have intensified diplomatic and business lobbying in the country.

To work out a trial deal, Russian Ambassador to Nepal Alekesei Novikov on August 18 met National Assembly chairman Ganesh Prasad Timsina. During the meeting, envoy Alekesei assured Timsina that Russia would provide a coronavirus vaccine to Nepal, adding that the vaccine would hit the world’s markets starting November.

Dr Gyawali said that Russia has assured Nepal that if the trials are successful, many Nepalis would benefit from the vaccines and that Russia would partner with local companies to produce vaccines locally. “But we haven’t reached any agreement yet regarding the modality of the trials,” he said.

The Chinese are perhaps the most keen on starting trials here. On behalf of their vaccine company, the Chinese Embassy in Kathmandu officially requested the Ministry of Foreign Affairs to assist with helping in getting the trials approved. That request has now landed at the Council via the MoHP.

China’s Sinovac has said it wants to conduct its last-phase trials among 500 Chinese and Nepali workers at Hongshi Shivam Cement, a joint-venture cement factory in Nepal. However, Nepal’s health ministry officials have proposed that the Chinese increase the number of trial participants, that they finalize the list of benefits the post-clinical phase will provide Nepal, and that they furnish the details of the personal compensation they will offer in case any participant suffers from the trial vaccinations. If the trials are successful, Nepal also wants to get priority in the procurement of the vaccines.

But experts have asked the government to deal cautiously with the vaccine companies when finalizing the details about the trials--after first analyzing the risk factors. According to experts, negotiations around post-trial benefits are also extremely important for countries like Nepal, as the rich countries will buy out all the vaccines if the trials succeed.

The government, they say, needs to be exceedingly careful about the credibility and safety of a  candidate vaccine.

Public Health Expert Dr Rabindra Pandey says that the government must approve all the trials in the third phase. “If we take part in the trial, we can find out if the vaccine works in Nepal or not. Second, this will help us build a relationship with the manufacturer. We can even have forward claims, which they are morally obligated to oblige,” he said.

In third-phase trials, a vaccine is tested on people of various age groups and representing diverse communities from varying geographies. For instance, the Oxford University vaccine is trialing 2,600 people in India--for the Southeast Asian region--from its total of 30,000 trials. If their clinical trial is conducted in Nepal, that would mean a couple of thousands or perhaps hundreds of Nepalis will be participating in the exercise.

A total of 170 laboratories across the globe are working on a war footing to produce a vaccine for Covid-19. Of them, eight laboratories are conducting the third-phase trial of their vaccine, and 34 labs are now in the second phase.

How the vaccines will get distributed depends on a host of factors. The shareholders of the vaccine companies will get the first priority. The rich countries will be able to buy the vaccine for any price quoted. But countries like Nepal will have to rely on the help of charitable organisations. And since Nepal is a member state of the Gavi Alliance, a global vaccination alliance, the country will also be able to get the vaccines through that network once the vaccine is released in the market.

Dr Pandey said that the government should be mindful about choosing the most credible laboratory for the trials. “We can easily find out about the lab and the scientists working there. The most important thing we need to know is whether the vaccine will work in Nepal or not, which is why we must take part in the trial,” said Dr Pandey, who is also willing to take part in the trials.