When Mayor Dillip Pratap Khand assumed office, he set out on a mission to turn Waling into one of Nepal’s first ‘smart cities’. Five years on, he has little to show. 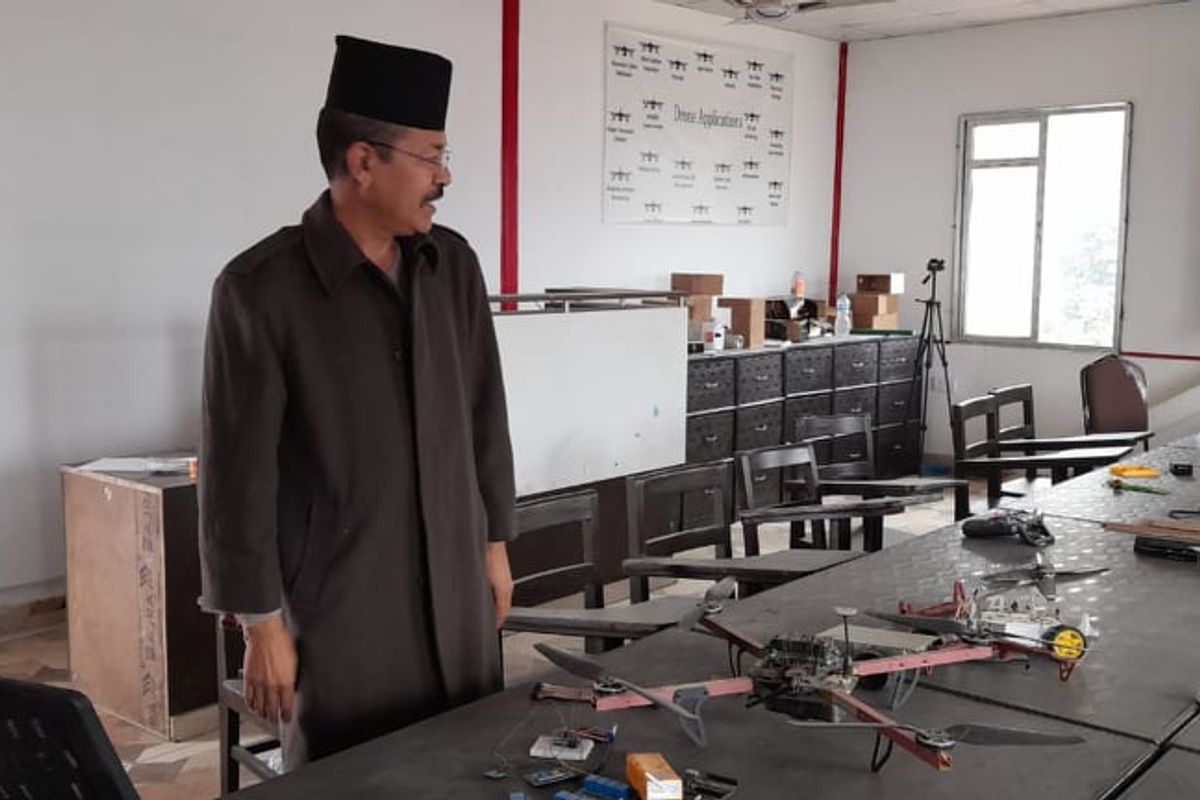 Mayor Khand at the innovation hub he has put up in the municipality office in Waling. (Prasansha Rimal)

Amidst the fog on a chilly morning in Waling, Mayor Dillip Pratap Khand, dressed in boots and a black topi, examines the garden of the municipality office. It is quite early in the day and the administrative staff are nowhere to be seen. It is just Khand who is in early. He likes coming to work before everyone else to get a head start. That is because he has big plans, chief among them is turning Waling into a smart city.

“The concept of turning Waling into a smart city has been formulated by taking inspiration from cities like Jakarta, Bangalore and Ahmedabad. Every smart city has 4 pillars, 30 components and 106 indicators. Infrastructure, economy, governance and citizens fall under the four pillars,” said Khand.

In 2017, when Khand ran for elections, he centered his election campaign around the economic transformation of Waling, focusing particularly on turning the municipality into  a smart city. According to a report in the Nepali Times, after he was voted mayor, his government formulated a five-year strategy for Waling’s transformation with the strategy focus on tourism. Khand expected to generate up to 12,000 new jobs, according to the report. But five years on, there’s not much to show.

According to Khand, Waling residents today don’t need to visit government offices to process their documents for citizenship or other purposes, because everything can be done through a mobile application. Khand is also proud of the fact that Waling is one of the first municipalities that issued digital signatures in Nepal.

He has placed so much emphasis on innovation that he has even dedicated a space dedicated to it in the municipality office premises. “Here, we provide all the materials for interested students to build and learn about automation,” he added.

Under Khand’s leadership, the municipality has also incorporated technology in education. “We are working to improve the quality of education within Waling. We had even distributed sim cards to students from grade 3 and above to help them access reading materials through the internet. We have signed agreements with organizations like Karkhana and British Council to improve the quality of education in the schools,” added Khand.

But Waling residents are unsure about Khand’s promises. “I remember a sim card being distributed to my brother,” said 20-year-old Ganga Regmi. “But it was only for three months during the lockdown.”

“Till date, only small changes have occurred. I suppose big plans will take time to be implemented,” said Nirmala Khatiwada, the owner of a local tea shop in Waling.

And even though Khand’s digital agenda has been welcomed by many, it has also been criticised by others for being technocratic and dismissive of those communities who do not have access to phones and computers or can afford to go to schools. E-governance may make bureaucratic governance even more ubiquitous and basic necessities may be sidelined creating a disturbance in society. An instance of this can be seen in India where a Delhi civil society coalition called Housing and Land Rights network criticized the country’s ‘smart city’ mission introduced by the Modi government in 2015 to be inconsiderate of human rights. The director of the Network, Shivani Chaudhary, has been found stating that the vision of a smart city  caters to only a specific population.

Another city that came under similar scrutiny was Patna, the state capital of Bihar, a city selected for smart development in 2015, where an estimated 63 percent of its people are currently living in slums. It has also been reported that many of its informal settlements have been affected by land acquisition plans and the desire to “aestheticise” the city to make it more “smart”.

Besides his focus on digitizing Waling, Khand, in an interview with TV Today in 2020, said his government is currently implementing 600 plans in accordance with his yearly strategic plan. Some of his big projects include expanding the Siddhartha Highway that goes through the municipality into four lanes, building corridors along the Andhikhola and establishing drinking water supply chains in villages where supply has not yet reached.

Khand is also trying to turn the municipality around with his waste management program. “We have earned 22 lakh within the last three months by just selling used plastic products. We don’t hire sweepers for the municipality. People here clean the streets themselves. We have even started a waste resource management system and are going to replace landfill sites,” mentioned Khand.

However noble Khand’s intentions and sturdy his grit in transforming Waling, for his vision to materialise into reality, Khand says it will take 40 years and will cost around 22 arab Nepali rupees — neither of which are realistically attainable.

“The project for smart city has just begun and we are still working to develop basic structures. A smart city requires equal effort from all sectors of governance and even citizens,” said Khand. “People too need to be aware of their responsibility and duty towards the community and their rights will follow,” he added.

But for the younger people of Waling their dream is not a technologically advanced city but rather a city where they are not deprived of the same opportunities people in other cities are given. For instance, the chance to receive higher education in their hometown itself.

“If you choose science as your subject, you can only pursue it till grade 12 in Waling. Then you will have to go to Kathmandu, Pokhara or Butwal. But if such opportunities were available here, no one would have to leave the city. We would be able to complete our studies in our hometown and technical education would not be out of reach,” said Chitra Bhusal, a 19-year-old student at Waling.

Instead of choosing to study a subject out of choice, most students choose the 'education' stream at the undergraduate level because it is easier to get a government job through it. "You can appear for the public service commission tests faster if you choose education as your major in grade 11 and 12,” said Angila Pandey, another student.

For people like Bhusal and Pandey, Waling first needs to be a city that provides better education and job opportunities before it becomes a ‘smart city’.

“A smart city cannot solely be formed of large concrete buildings and technology. A city can only be called smart if its people are smart and if it can sustain itself,”added Pandey.