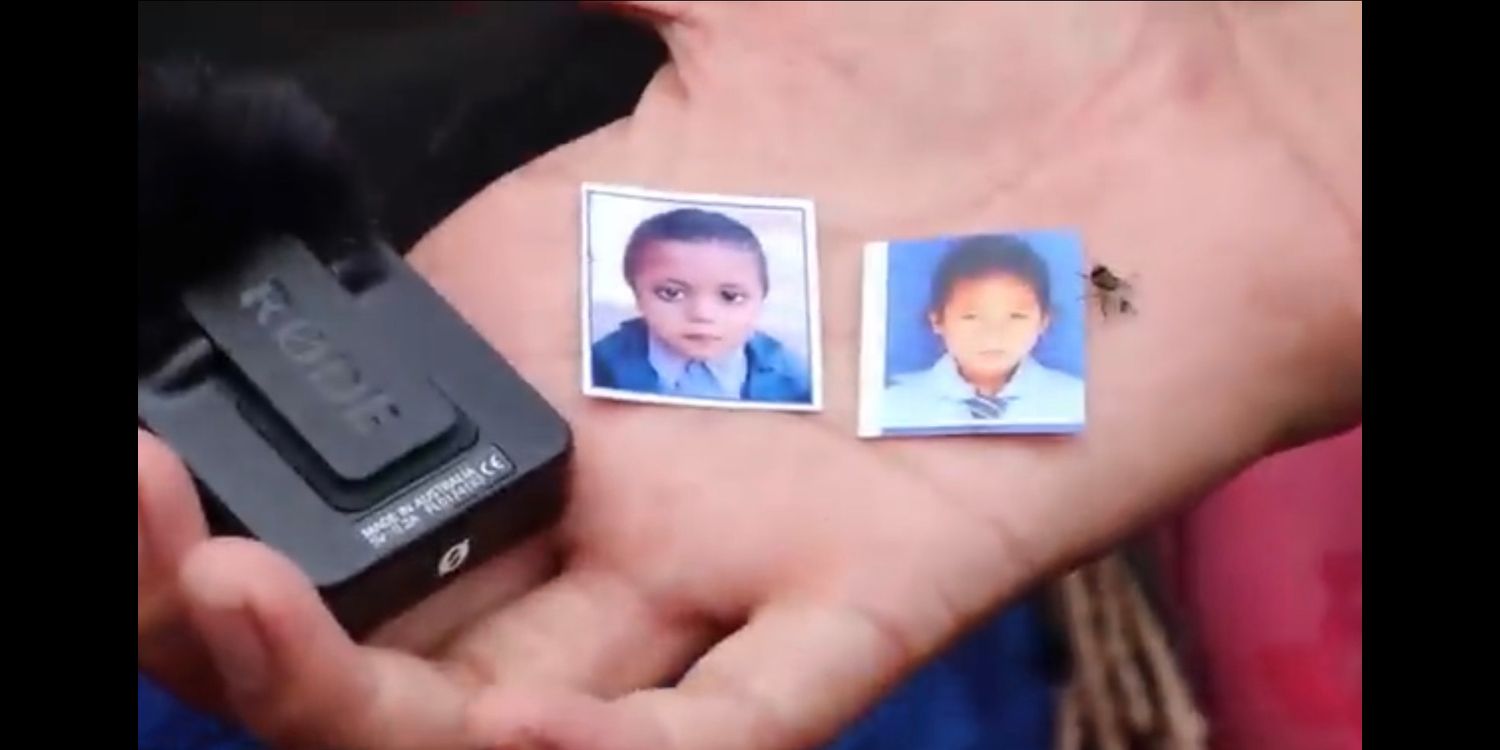 On April 30, four children of Gairigaun of Triveni Rural Municipality in the mid-western region of Rolpa, headed for the forests to graze their goats. For Bimala Khatri, 15, her brother Bijaya Khatri, 5, Lokiram Dangi,14, and Gaurav Nepali 13, the day was just another day. School was closed owing to the government-enforced nationwide lockdown, so they had decided to spend the day grazing their goats, as many children do in Nepal’s villages.

At around 6:30 pm, on their way back home from the forest, they found a strange object lying on the path. They picked it up, cleaned it, and started playing with it.

The object turned out to be an improvised explosive device (IED). It exploded in their hands, killing all of them. The explosion’s sounds ripped through their secluded village, sending a chill down the villagers’ spines. Panicked local youth rushed to the blast site and found the four children lying on the ground, face down. Bomb shrapnel had pierced their bodies and an umbrella they were carrying had been shred to pieces.

Namuna KC, mother of two of the deceased children, was unaware of the incident until some local youth informed her. Their father, Lal Bahadur KC, a daily wage labourer working in Kathmandu, had reached home just an hour before he was to get the news about his children.

Lal Bahadur had been working at a brick kiln in Thankot, Kathmandu, for six months. The kiln, however, had halted production abruptly amid fears of the spread of Covid19. To get home, he had trekked to Dhading and hitched rides on several trucks and buses.

Lal Bahadur had been allowed to go home only upon agreeing to a mandatory quarantine in his hometown. After spending 10 days in quarantine, he was finally free to get to his wife and kids. But just an hour after reaching home, he was confronted with the news of his children’s death.

“I hadn’t spoken with them for a month and was desperately waiting for them to come home from the forest. It was not my fate to see them alive,” says the distraught father.

“Others lost one each. I lost two of my children,” says Namuna, who can’t stop crying.

Rolpa is the same district where the decade-long Maoist insurgency began, in 1996. The bloody insurgency left approximately 15,000 dead and thousands displaced, until a peace deal was signed in 2006.

But after the rebel party and security agencies laid down their arms, they did not clear up the landmines and IEDs planted during the conflict. Three of the four children killed in the explosion were born after the peace deal was signed. Ironically, the rebel party, which had launched an armed insurgency in 1996 that catapulted it to power by 2006, currently runs the government.

The tragic explosion speaks of the sheer neglect on the part of concerned state and non-state actors, including the international community involved in brokering the peace deal. Very few people raised questions about missing weapons during the registration of Maoist fighters and their weapons in cantonments. The Maoists handed over only 3,428 weapons, whereas 30,852 combatants were registered in the cantonments monitored by the UN Mission in Nepal (UNMIN). When asked about the missing weapons, then Maoist supreme commander Puspa Kamal Dahal ‘Prachanda’ had told journalists that some had been washed away by rivers, while others had been reduced to ashes.

“The recent incident stems from the lack of political responsibility and accountability towards the general public,” says Ram Bhandari, a conflict victim and researcher on Nepal’s post-conflict affairs. “Both the Maoists and security forces want us to forget the past in order to protect themselves from being charged with war-era crimes. They never looked back at the consequences of the violent conflict, and never accounted for landmines planted in different areas of the country.”

Over a week has passed since the recent explosion took the lives of four children, but the government has shown no inclination for investigating the whereabouts of IEDs. It is hard to estimate how many more lives will be lost to these devices.

Rolpa was the heartland of the Maoist insurgency. Official government records show that a total of 946 persons were killed and at least 33 had disappeared in the district during the entire insurgency. Gairigaun itself had not faced a single human casualty, although rebels and army personnel had faced off there, time and again, over the course of several anti-Maoist operations conducted by the government.

“In March 2005, the Maoists and the army exchanged fire. Army personnel were mobilised on the ground and a helicopter was used to flush the rebels out of the village,” recalls Gokul Gharti, a leader of the then CPN-UML from Rolpa. He suspects the IED that killed the children might have been a war-era explosive.

Security agencies, however, have not commented on whether the explosive was from the Maoist-era or a newer one. According to Gharti, seven years after the crossfire, two sacks of explosive devices were recovered from another village in Rolpa. The disgruntled Maoist group led by Netra Bikram Chand has continued to use IEDs to terrorise businessmen, government officials, and corporate houses.

Since the recent blast, a team of security personnel, comprising the Nepal Police, Armed Police Force, and Nepal Army, has been conducting an explosives-clearance drive. But the locals have not been briefed about this.

During the decade-long insurgency, the Maoists and the government’s army had both deployed landmines. In 2011, five years after the war ended, Nepal was declared a landmine-free country. However, incidents of IED explosions continue till date. UN bodies, including UNICEF, project the image of Nepal as a landmine-free country. But children, born after the signing of the peace deal, are dying due to possible war-era explosives even today, almost a decade after Nepal was declared landmine free. Reports of bomb and landmine recovery often make headlines, although security officials often hide information related to explosive devices.

Read also: The machinery of brutality

“Had they cleared those explosives, I would not have lost my children today,” says Lal Bahadur. “They have made relief offers for our loss, but can anything really compensate for the loss of our children? Who is responsible for their death?”

The blast in Rolpa has angered many locals and others across Nepal, some going so far as to call it murder and not an accident. Those campaigning for anti-landmine laws have demanded the initiation of a joint-campaign to educate locals about the risk of explosive devices and landmines used during the war.

“The government should identify places where IEDs and landmines were used during the conflict, defuse them, and conduct risk-reduction education,” says Purna Shova Chitrakar of the non-governmental organization Ban Landmines Campaign Nepal. She urges political parties, the administration, and locals to work together on the problem.

Lal Bahadur’s plea echoes Chitrakar’s: “Clear all IEDs so that no parent has to lose their child. I wonder if [the rulers] are bothered by our suffering at all.”

On the road to Rasuwa

A visual glimpse into how infrastructure development and trade are changing the area’s geopolitical and geoeconomic significance.