While all vaccinations so far have been the Oxford-AstraZeneca vaccine, Nepal will now be rolling out the vaccines from Sinopharm 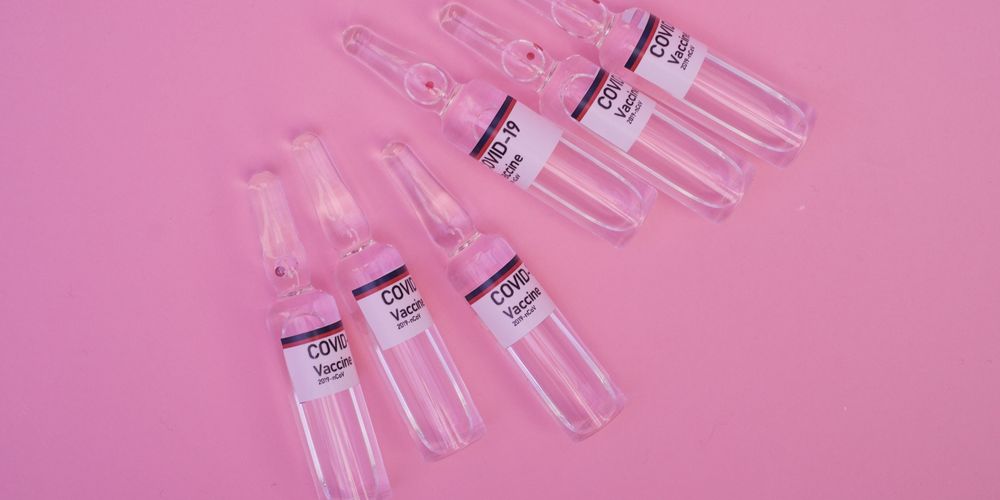 On April 5, Health Minister Hridayash Tripathi sounded a dire warning, telling the House of Representatives that a second Covid-19 wave could sweep the nation by May if necessary precautions were not taken.

Tripathi’s fears could well materialize, given the steady rise in the number of new coronavirus cases over the past month. From 66 cases on March 7 to 266 on April 5, the increase has been incremental but there, nonetheless. A second wave is currently sweeping India, -- over 100,000 new cases were registered on Monday, April 5 -- and public health experts are afraid that Nepal, which has gone back to life-as-normal, could soon follow. 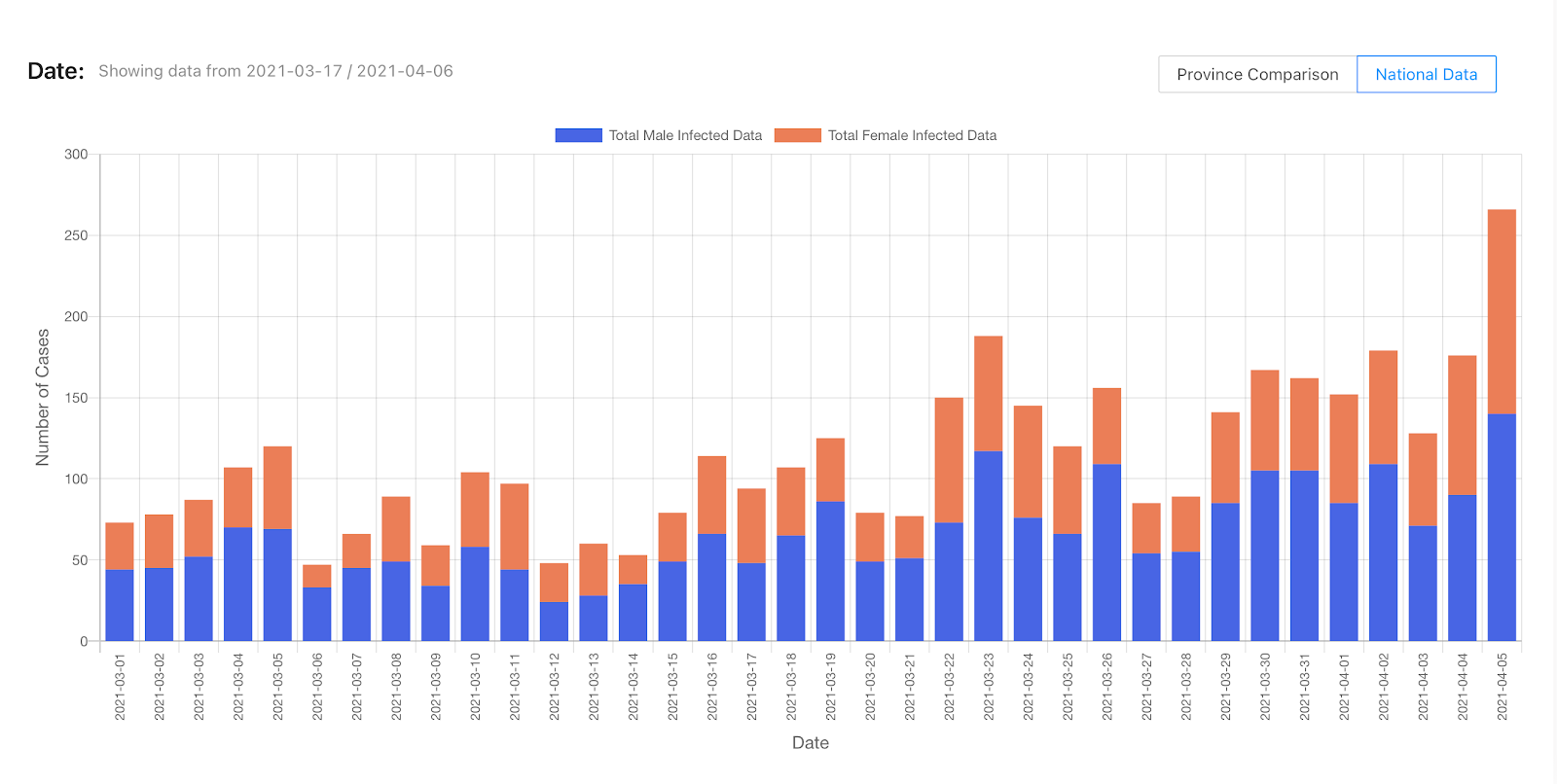 Data showing the number of coronavirus cases from March 1, 2021 to April 6, 2021. Image: Ministry of Health and Population

But the government and most Nepalis appear to be resting easy on the fact that Nepal has started vaccinations. The country rolled out vaccinations on January 27, well before many countries across the world, but it has so far only managed to vaccinate 1.6 million people, according to the Health Ministry. This is just around 5.2 percent of Nepal’s 29 million population.

Nepal has roughly 600,000 shots of the AstraZeneca Covishield vaccines in stock at the moment, which it plans to administer as second doses beginning April 20. But for the rest of the population, it will have to rely on other vaccines, namely the one developed by Chinese pharmaceutical giant Sinopharm, as India has placed an unofficial halt on the export of the Covishield vaccine, which is manufactured by the Serum Institute of India. The Indian government has said that it would “export vaccines taking into account the domestic demand.” Nepal has paid for 2 million doses of Covishield vaccine, half of which have yet to arrive.

With the arrival of the Sinopharm vaccine on March 29, Nepal will now continue with the second phase of vaccinations from April 7, Wednesday. While the vaccine received emergency approval from the Department of Drug Administration on February 17, there have been concerns about the vaccine’s efficacy. The vaccine is under “assessment” at the World Health Organization with results to be declared by mid-April.

Public health experts in Nepal say that there is nothing to fear.

“Tests in the United Arab Emirates show that the Sinopharm vaccine is more than 80 percent effective, which is a clear indication that the vaccine is working well,” said Dr Sher Bahadur Pun, a virologist at the Sukraraj Tropical and Infectious Disease Hospital. “There’s no need to be hesitant about this vaccine because so far, there have not been any complications observed in the people who have been inoculated with this vaccine.”

According to Dr Jhalak Gautam, chief of the vaccine section at the Department of Health, the Sinopharm vaccine will be deployed on those who have yet to be vaccinated from the earlier target groups, those who’ve applied for vaccines, and Nepali students going to study or already studying in China under scholarship.

In a strange turn of affairs, Bahraini prince Mohamed Hamad Mohamed al-Khalifa arrived in Kathmandu on March 15 with 2,000 vaccine doses. The prince was in Nepal to climb Everest but had reportedly planned to donate to a village in Gorkha. Although initially reported to be the AstraZeneca vaccine, local media have since said that the vaccines were developed by Sinopharm. These doses are likely to also be deployed.

While Covaxin, another Indian-made vaccine with efficacy concerns, has also received emergency authorization, Nepali officials say that there is no current plan to import this particular vaccine, primarily due to its cost. Covaxin reportedly costs up to $16 a dose while the AstraZeneca Covishield costs $4 per dose, reported The Kathmandu Post.

New vaccinations can now be conducted with the Sinopharm vaccine but for those who’ve already received the Covishield dose, things could get more difficult. Experts do not recommend mixing and matching Covid-19 vaccines.

“Although many say it is safe, research is ongoing on whether it is safe or not. So for now, it is better to take the second jab from the same vaccine company,” said Dr Pun.

With the vaccination drive slowed down and Covid-19 cases rising, there is no clear timeline on when ordinary citizens who do not fall into any target group can elect to get vaccines on their own.

“The current focus is on getting as many people inoculated as possible with at least the first dose. About the second dose, we will make sure that the vaccine will be from the same company,” said Dr Gautam.

Covid-19 cases might have gone down but long covid remains

More research into the prevalence and effects of long covid in Nepal is necessary, say doctors.

Antigen tests are cheaper and quicker, but less reliable