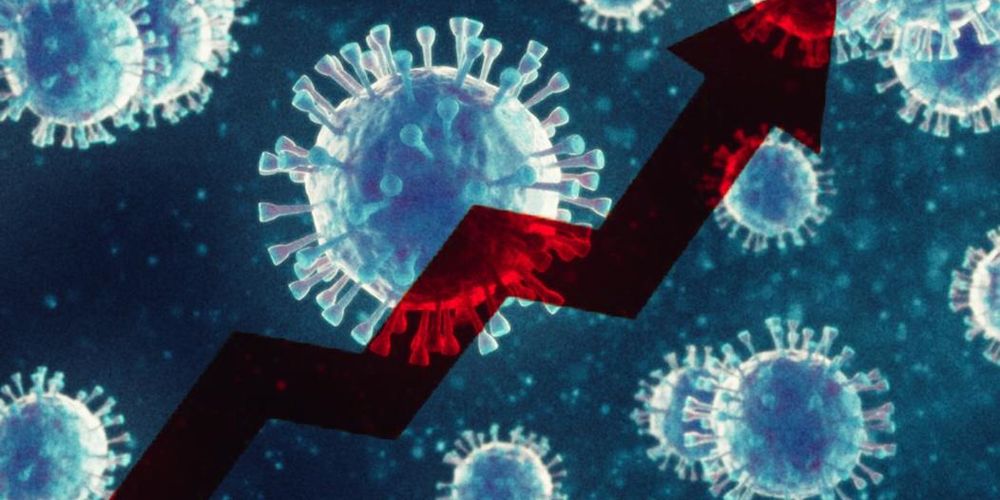 With 1,281 new infections over the past 24 hours on Monday, it appears that the second wave of the Covid-19 pandemic is here.

Daily cases have been steadily rising over the past week, with over 1,000 cases on Sunday, prompting the government to close down all schools in urban areas until mid-May, the end of the Nepali month of Baisakh. A Cabinet meeting on Monday morning took a decision to this effect, even as the Education Ministry put out contradictory messaging. On Sunday, Education Minister Krishna Gopal Shrestha appeared hell-bent on keeping educational institutions open as he maintained that simply closing down schools and colleges will not slow the spread of the coronavirus.

“Even if schools are closed then there’s no certainty that the students will remain at home all the time,” said Kumar Ghimire, general secretary of Private and Boarding Schools’ Organisation Nepal (PABSON). “Out of fear, anxiety, and baseless news or rumors, schools should not be closed. Instead, the borders to India should be monitored.”

Public health experts agree somewhat with Shrestha and Ghimire, saying that shutdowns will have to be complemented by other precautionary measures. Monday’s Cabinet meeting also decided to ban gatherings of more than 25 people, a welcome step, but one that might not be enough, given the new variants at play, say experts.

Nepal has already reported the presence of the UK B.1.1.7 variant of the coronavirus, which is considered to be more lethal and there are suspicions that other variants, which spread faster, could also be present.

“Covid-19 spreads through saliva droplets but the new variants are thought to be transferred from air, which makes them more potent in terms of spread,” said epidemiologist Dr Lhamo Yangchen Sherpa. “Even though there have not been adequate studies or reliable findings, we still have to take extra precautionary measures.”

The new variants are also believed to be more dangerous to children and young people. So far, 10 percent of those infected have been children, with 112 young people under 19 years of age infected on Sunday alone, according to the Health Ministry. Over 3,500 children under the age of 5 have been infected with Covid-19 to date, out of which 10 have died.

“There’s not enough proof that coronavirus variants are likely to have a more severe impact on children, but despite this, it is very important for all of us to take necessary considerations before the cases get overwhelmingly high,” said Dr Sher Bahadur Pun, a virologist at the Sukraraj Tropical and Infectious Disease Hospital. “Vaccines are a vital tool, but masks and distancing work well against variants.”

Nepal rolled out vaccinations on January 27, relatively earlier than many other countries but the vaccine rollout has been plagued with mismanagement and a lack of information. While the Indian-made Covishield vaccine was deployed relatively effectively, the Chinese-made vaccine, the only one currently in stock for new vaccinations, has seen a lower rate of inoculations. Conflicting messaging from government entities have meant that mass confusion continues to persist regarding who is eligible for the vaccine and where the vaccine is being provided. While some government outlets have maintained that the vaccine is only for those between 40 and 59 years of age, numerous hospitals in the Capital have been providing vaccines to anyone who desires them. Of the 800,000 doses of the Chinese vaccine in stock, only 100,000 have been deployed so far, according to officials at the National Immunisation Programme.

Now that schools have been closed and large gatherings outlawed, there is hope that these precautionary measures, combined with increased rates of vaccinations, will help tame the rising infection curve. Prime Minister KP Sharma Oli, speaking on the occasion of the Nepali New Year on April 14, had ruled out the possibility of a second lockdown, saying the government would adopt other preventive measures. But given the manner in which Nepal has all but gone back to normal, precautions might be too little too late, say doctors.

To the south, India is currently in the midst of an unprecedented second wave of the coronavirus with over 270,000 new cases on Monday. New Delhi has announced a complete lockdown for a week starting Monday night and countries across the world have banned incoming flights from India. Nepal, which shares an over 1,700 kilometer-long open border with India, has yet to take any measures restricting travel between the two countries. There is no indication that the government is planning any travel restrictions at the moment.

However, public health experts stress caution, as it remains to be seen what factors are behind the rising number of cases.

“There isn’t a specific reason as to why the cases have suddenly surged. The movement of people, migration and travel, crowded gatherings that have taken place including political ones, and also the types of variants that are fast spreading could possibly be among the many reasons,” said Dr Pun. “But as the variants are more likely to spread faster, it is important we take safety protocols into account and continue vaccinations.”

“The decision taken by the government was necessary but then again, conducting classes virtually will be tough for Nepal, especially for those with poor financial conditions,” said 47-year-old Bhawana Pandey, a teacher herself and mother to a 20-year-old daughter. “Even if schools and colleges are to open, making school-going children follow all health protocols would be tough. Mandating a morning and afternoon shift might be better.”