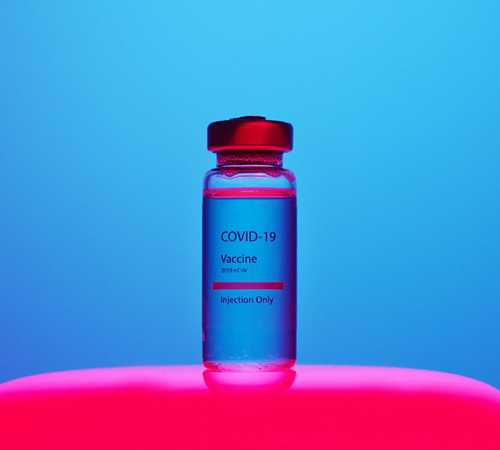 On Wednesday, Reuters, citing RIA, Russia’s state-owned news agency,  reported that Russia intends to send 25 million COVID-19 vaccine doses to Nepal, raising more questions about when vaccines will arrive in the country. As images of individuals from around the world receiving their vaccine doses proliferate, Nepalis are getting increasingly anxious about when they will be able to vaccinate themselves against the coronavirus.

The Reuters report, however, is not new information. On September 29, 2020, the Russian Direct Investment Fund (RDIF) had already announced that it had agreed to supply 25 million doses of Sputnik V through a Nepali distributor called Trinity Pharmaceuticals. The timeline of their arrival, however, is as murky now as it was then.

Kishore Adhikari, director Trinity Pharmaceuticals, told The Record that there had been no progress since.

“We have not heard back from the Nepal government yet,” Adhikari said.

No formal orders have been placed and no agreements between the two countries have been drawn up, according to Adhikari.

Data analysis of the final control point of clinical trials in Russia shows that the Sputnik V is 91.4 percent effective. Although the vaccine has not received approval from the World Health Organisation, the Russian government has already rolled out the vaccines for the Russian public. Media reports state that RDIF has also signed supply agreements with countries in South America and elsewhere.

In August, Russia had approached the Nepal government to conduct a clinical trial of the vaccine. The Nepal government could not take a decision in time, leading the RDIF to focus on conducting trials in other countries, including India.

Read also: No vaccines in sight for Nepal

Other vaccine-manufacturing companies -- Oxford University’s AstraZeneca and China’s Sinopharm -- had also approached Nepal to carry out a Phase 3 trial here. Public health experts had urged the government to take part in the trial, as it would have placed Nepal in a better position to bargain for vaccines once they were mass produced. Nepal, however, was unable to decide and now, the government has no option but to wait for vaccines distributed by the global alliance COVAX.

During a press meet on Monday, Health Minister Hridayesh Tripathi assured that vaccines from the COVAX programme would cover 20 percent of Nepal’s population and that the government would continue the search for other vaccines.

Dr Shyam Raj Upreti, coordinator of the government’s Covid-19 vaccine advisory committee, said that the COVAX vaccines should arrive around March at the earliest. He did not sound too optimistic, though.

According to Upreti, not a single vaccine has so far been registered at the Department of Drug Administration, the national drug regulatory body. Registration is required prior to approval for use on Nepali citizens.

Asked about the Sputnik V vaccine, Upreti said that he was unaware of any efforts made by the Nepal government to import the Russian vaccine.

If the Russian vaccine does not come through, Nepal will have to turn to India.

Two weeks ago, the Nepal government sent a request for vaccines to the Indian government. Upreti said that Nepal had corresponded with the Serum Institute of India, which has acquired permission to produce the Oxford-AstraZeneca vaccine. Foreign Minister Pradeep Gyawali is expected to discuss vaccine procurement during his current three-day visit to India.

Public health experts have been saying from the very beginning that the Indian vaccine is the one Nepal should pursue. The AstraZeneca vaccines are easier to store (they can be preserved in a fridge, at 2-8 degree centigrade).

According to Upreti, Nepal has no problem storing this vaccine. Existing warehouses can store enough vaccines for 72 percent of the country’s population, he said. The remaining 28 percent comprise individuals below 15 years of age, for whom vaccines have not yet been created.

Two other Covid-19 vaccines, produced by Pfizer-BioNTech and Moderna, are beyond Nepal’s reach. The UK started rolling out the Pfizer/BioNTech vaccine from December 8 and the US a week later, on December 14.

India is all set to roll out the Oxford AstraZeneca vaccines, locally branded as Covishield, from January 16, on the world’s biggest vaccination drive that seeks to inoculate 1.3 billion people.

India’s Serum Institute is the world’s largest manufacturer of vaccines, but unless India agrees to provide Nepal the Covishield vaccine, Nepal is unlikely to get any vaccine before the COVAX programme starts distributing vaccines in around April.

Nepal has allocated an estimated budget of Rs 48 billion for its inoculation drive. On Wednesday, the Health Ministry published a public notice asking international aid agencies, businesses, and social organisations to contribute to its immunisation fund.

“As it turns out, acquiring vaccines is an entirely different endeavour from buying other commodities from the market. It [the vaccine] has become a political commodity,” Health Minister Tripathi told reporters at Monday’s press meet.

Tripathi’s statement was an indication of Nepal’s slim chances of acquiring the COVID-19 vaccine any time soon. His defeatist attitude, just 15 days into office, was not an encouraging sign for the country, which has lost 1,937 lives to Covid-19 and seen the total infection tally tick up to 266,143.

After reporters insisted that he provide a specific date for the vaccines’ arrival, Tripathi jokingly said that a miracle could happen by mid-April. In other words, it is up to the gods as to when Nepal will get the vaccine.

How the equity gap affects access to Covid tests and treatment

While the affluent can pick and choose, for many who are poor, Covid treatment is a distant reality