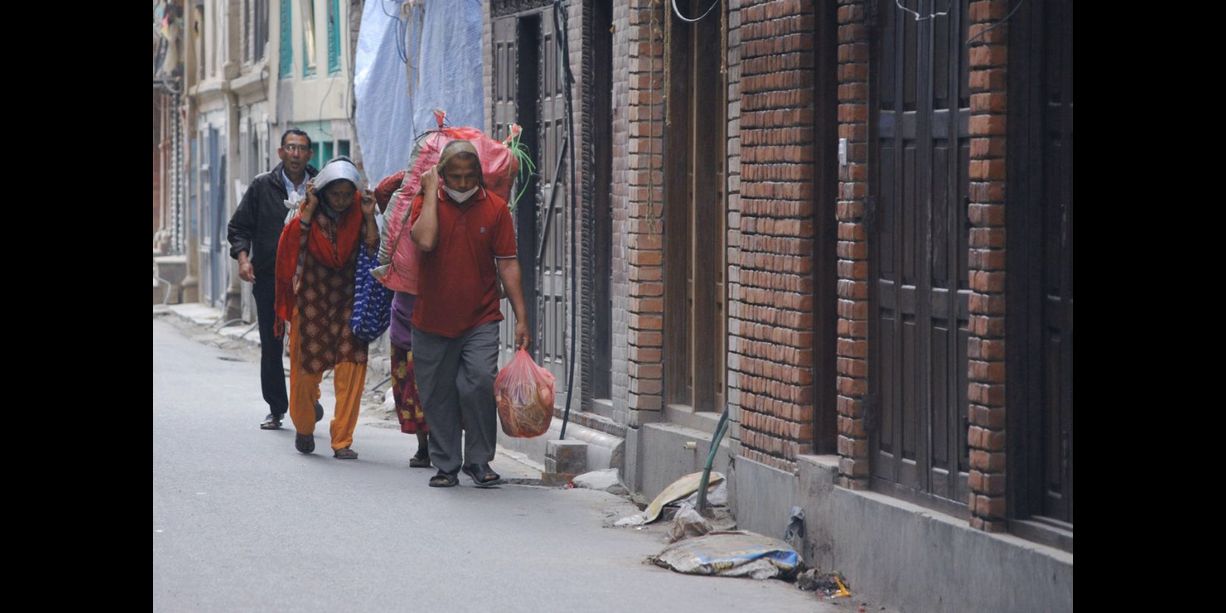 The total number of Covid19 cases in Nepal jumped to 99 on Wednesday with an additional 17 confirmations. All new cases were detected in Birgunj, Parsa, according to the Ministry of Health and Population (MoHP). Following the confirmation, authorities have ramped up testing in Birgunj.

“The infected are currently receiving treatment in various hospitals and their health condition is normal,” MoHP spokesperson Bikash Devkota said during a daily press briefing. The newly infected include ten men and seven women while one of the infected is a two-month-old infant.

The ministry also said that two men from Parsa and Rautahat who had been discharged after successfully recovering have once again contracted the virus. Of the total number of infected people, 71 are men and 28 women.

Lockdown extended till 18 May

A meeting of the cabinet decided on Wednesday to extend the nationwide lockdown initiated on 24 March until 18 May. The decision came hours before MoHP confirmed the diagnosis of 17 news cases.

The meeting also decided to continue the suspension of domestic and international flights as well as cross-border movement until 31 May. The government seems hesitant to open the border or resume flights out of fear that returnees could exhaust the already fragile healthcare system.

Narayan Bidari, secretary of the Prime Minister’s Office and a member of the Covid19 high level task force, said that the extension, along with increased testing, was necessary to contain the spread of the virus.

Security forces have started barring travellers from entering the Kathmandu Valley. Since Tuesday, more than 200 vehicles, mainly privately owned, trying to enter the Valley were returned from various entry points according to the Metropolitan Traffic Police Division.

The move comes following a joint appeal from representatives of 12 municipalities in Kathmandu to tighten restrictions on the in and outflow of people.

During a meeting with DPM and defense minister Ishwor Pokhrel on Tuesday, local representatives stressed on the need for extreme measures to prevent the possible spread of Covid19 in the capital, saying that the unchecked entry of people was making Kathmandu more vulnerable to a virus outbreak. Local bodies have pledged to provide aid in the form of food to stranded workers and the jobless.

Last week, the embassy had reported that 126 Nepalis working in the country had been diagnosed with the virus. Infections have been spreading rapidly among migrant workers in the Gulf, home to around 1.5 million Nepalis. In a statement released earlier this week, the Non Resident Nepali Association confirmed that a total of 23,00 Nepali workers in the Gulf had been infected.

On Wednesday, the main opposition party, the Nepali Congress, urged the government to bring back Nepalis stranded in various work destinations.

The Association of International NGOs in Nepal (AINs) has donated around NPR 452 million worth of medical items in aid to the government, according to the health ministry. AIN representatives handed over several medical items including N95 Masks, PPE sets, goggles and safe-delivery kits on Wednesday. A total of 16 INGOs working in Nepal have contributed to the supplies.

Several private companies and non governmental organisations have been coming forward with assistance and cash aid f0r the Covid19 fund set up by the government. Similarly, China has also provided protective gears for health workers.

Covid19 testing has come to a near halt due to chronic shortage of testing kits across the country. Exact figures are unavailable but sources at MoPH said that less than 300 tests were done in the last 24 hours. Fearing possible backlash, the ministry did not even provide figures for the latest tests, although a spokesperson spent over two minutes giving a breakdown of tests done in different provinces.

“I would like to assure that testing will increase as we organise kits within a few days,” MoHP spokesperson Bikash Devokta said without divulging the number of tests done in the last 24 hours.

Nearly all laboratories across the country have run out of testing kits. Despite an acute shortage of kits, it's still unclear how long it will take to procure enough supplies due to red tape and corruption allegations.

Last month, the government had handpicked the Nepal Army to procure necessary medical supplies after scrapping an older tender with a private firm due to allegations of corruption.