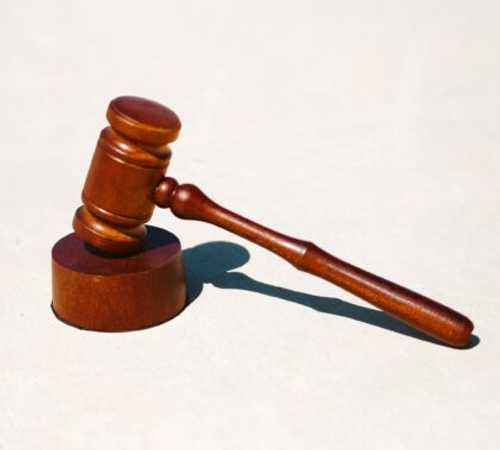 At a meeting of the Women and Social Development Committee of the Parliament last month, several lawmakers from across party lines demanded the introduction of the death penalty for people convicted of rape. They argued that the punishment would serve as an effective deterrent to rape and sexual and gender-based violence, reported incidents of which have been steadily rising in the country.

Such calls aren’t new. There were similar demands after 15-year-old Muskan Khatun was attacked with acid in September 2019, among other examples. The pattern suggests that lawmakers often resort to ratcheting up punishments--a response to populist demands--to address violence against women.

We at Amnesty International hold that the death penalty is the ultimate cruel, inhuman, and degrading punishment and that it violates the right to life as recognized in the Universal Declaration of Human Rights. More than two-thirds of the world’s countries, including Nepal, have abolished it in law or practice.

There exists no reported evidence to suggest that the death penalty has a unique deterrent effect. Rather, the retributive nature of the punishment continues to be used by states to deliberately deprive a person of their life in the name of justice, perpetuating the cycle of violence. The crime figures in countries that have banned the death penalty have not risen but actually gone down. In Canada, the murder rate in 2008 was less than half that in 1976, when the death penalty was abolished.

States in the US that still use the death penalty have higher murder rates than those that have abolished the practice. In India, where the perpetrators of the high-profile Nirbhaya rape case were executed following a huge public outcry over the crime, there has been no dip in the number of rape-related incidents.  Just four months after that execution, a 19-year-old Dalit woman in Hathras, Uttar Pradesh, was allegedly gang raped and assaulted. She died a few weeks later over the course of treatment at hospital. According to India’s National Crime Records Bureau, 88 rape cases are reported each day in the country.

Women's rights advocates and human rights scholars have regularly denounced the death penalty as a punishment for rape crimes. They argue that its use takes away the resources needed for resolving systemic caste, class, and gender-based violence and discrimination and for addressing the problems birthed by a culture that condones violence against women and girls--all underlying factors in rape crimes. The death penalty is a ‘quick-fix’ that distracts from the hard work that has to be done to protect women effectively.

Read also: Why does rape have a low conviction rate in Nepal?

This irrevocable punishment is often used disproportionately against people living in poverty, those from disadvantaged socio-economic backgrounds, and ethnic and racial minorities. In 2019, Saudi Arabia executed 37 people on a single day, including a young Shia man who was under 18 years old at the time of the crime. (Shias are a minority in Saudi Arabia).  In Nepal, when the death penalty was implemented, Tanka Prasad Acharya, the founder of Nepal’s first political party, was exempted from the death penalty by the Rana regime because he was a so-called high caste Brahmin, but his political allies were hanged and shot. After the restoration of democracy, Acharya went on to become the prime minister of Nepal.

Nepal abolished capital punishment through the Constitution of 1990 and is among 142 countries in the world to have done so in law or practice. Article 16(2) of Nepal's present Constitution states that there shall be no law providing the death penalty for anyone. It is commendable that Nepal has taken such a clear stance on the issue of death penalty.

The reinstatement of the death penalty would thus not only violate Nepal’s international obligations but also Nepal's Constitution.

Instead of making hollow demands that are constitutionally void and violate Nepal’s international human rights obligations, lawmakers should focus on addressing the existing gaps and loopholes in the current laws that foster a culture of violence, discrimination, and impunity.

At Amnesty Nepal, we have been lobbying for the removal of the statute of limitation on rape cases, which makes it impossible for survivors to file a complaint after a year from the date of the crime. This, along with weak victim and witness protection laws, prevents survivors from receiving justice. The current rape law is gender specific and fails to include and protect male and non-binary survivors. Additionally, it puts the burden on survivors rather than on perpetrators and reinforces the traditional notion of male ownership in marriages. The current law stipulates different lengths of imprisonment and severity of punishment depending on the age of the victims—the higher the age, the lighter the punishment handed out to perpetrators. If the victim is under 10, the punishment is life imprisonment, and if the women are 18 years or above, the punishment is 7 to 10 years of imprisonment.

In cases of marital rape, the punishment is five years of imprisonment. Providing punishment to the perpetrator on the basis of the survivor’s age, rather than on the nature of the crime, can be interpreted as onus placed on older women to protect and shield themselves from rape, rather than ensuring that perpetrators do not rape.

There are many changes and amendments needed in Nepal’s rape law and the punishment imposed under the law in order to strengthen the protection of women and girls. However, moving to a retributive form of justice by demanding the death penalty should not be one of them.

Advocating against the death penalty doesn’t imply condoning impunity for the perpetrators. We ask also that those found responsible for rape crimes in fair proceedings be brought to justice, but without the state’s resorting to the death penalty. More deaths, more violence, and more cruelty is not the answer.