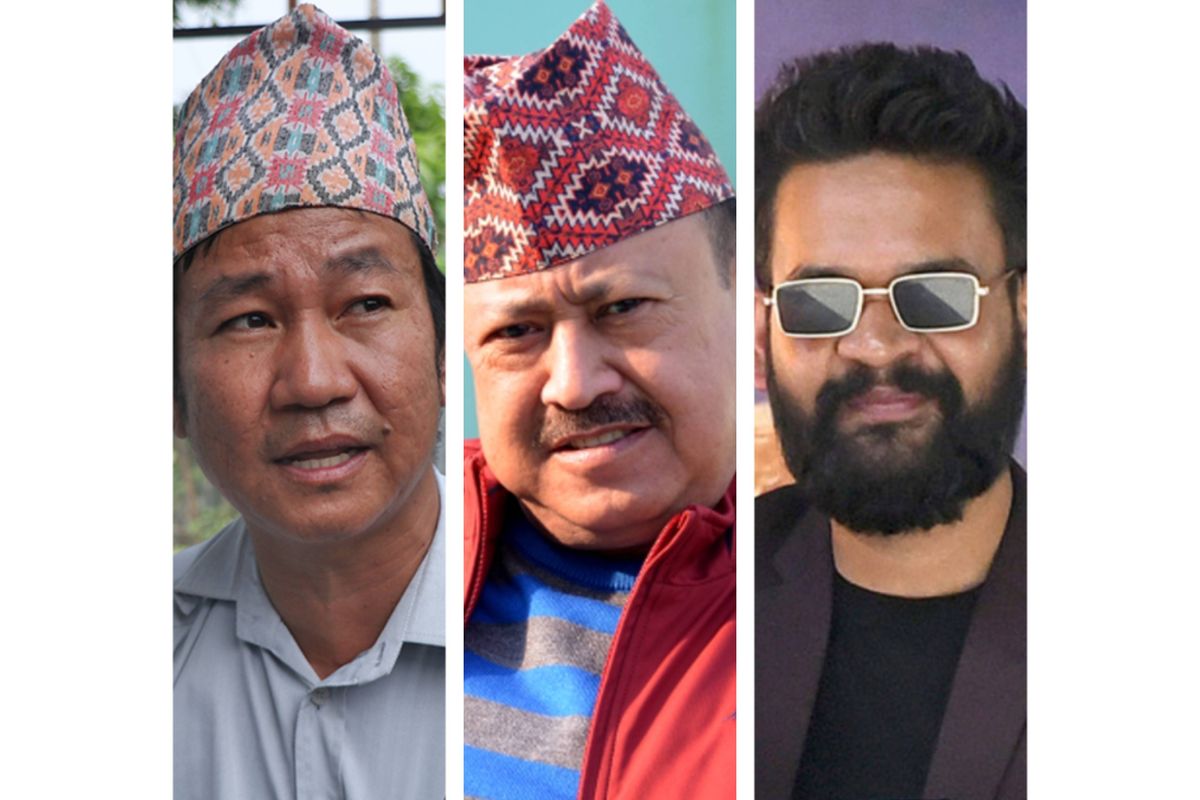 With the conclusion of the 2022 local elections, three independently elected candidates – Balendra ‘Balen’ Sah in Kathmandu Metropolitan City, Harkaraj Sampang Rai in Dharan Sub-metropolitan City, and Gopal ‘Gopi’ Hamal in Dhangadhi Sub-metropolitan City – have made headlines. Social media too is replete with stories of their victory and their development plans. In this article, I would like to briefly discuss the rhetoric employed by these three candidates and how they were able to convince the voting public to break with the political parties and vote for an independent candidate.

For Rai, the strategy of showing solidarity with the general public’s social concerns and advocating in favor of these concerns appears to have worked well. Even before the election, Rai was involved in advocating for the immediate needs of Dharan’s citizens, with a proper drinking water supply being primary among them. He had long been in direct contact with the public, speaking and advocating for the issues that the people were raising, regardless of any political party’s stance.

Drinking water shortages have long been a problem in Dharan. Rai has been raising the issue of a proper water supply with the concerned authorities and local governing bodies for the last five years now. However, the local bodies were unable or unwilling to address the drinking water issue, leading Rai to adopt it as his primary issue in his election campaign. If elected, he promised that he would work to provide adequate drinking water to the city.

Rai did not sell any big dreams to the public. Instead, he raised a small but important issue that had not been solved for a long time and promised that he would address it during his tenure.

Rai had also been participating in the Save Ghopa Campaign at the BP Koirala Institute of Health Sciences in Dharan (BPKIHS). The campaign was aimed at reforming BPKIHS, one of the country’s most prestigious health academies, by weeding out corruption and irregularities to provide proper services to the public. Rai was an active member of the campaign and promised to take action to improve the standards and service of the institution should he be elected as mayor. This issue was not innovative or new, but it was directly related to the people’s health and was something that the residents of Dharan were passionate about.

The next issue he raised was that of the homeless population in Dharan, something that he had been talking about for several years now. Again, this was not a new issue but something that the local government had not been able to address adequately.

All the issues that Rai raised during the election campaign were long-standing problems that the residents of the city had long been aware of. Rai himself had been raising these issues consistently for more than five years. So when he promised changes, the public did not see them as empty promises from a politician but as real commitment from someone with a proper track record.

Rai’s style of campaigning only supported this assessment. Political parties campaign with large crowds of party cadres and supporters but Rai went door-to-door alone. He traveled by tempo or bicycle, wearing simple clothes. This was widely broadcast on social media, along with the concerns that he was raising, all of which appealed to the youth. Material pertaining to his years of campaigning was also widely available online and was circulated by his supporters, showing that he had always worked for Dharane janta.

All of these factors combined ensured that Rai became Dharan’s new mayor.

Like Rai, Hamal too won the mayoral election independently in Dhangadhi Sub-metropolitan City by going to the public with a proven record of having worked for them in the past. As a well-established businessman and social worker, Hamal has undertaken numerous social welfare measures for the people of Dhangadhi. For instance, he had managed two hearse vans named Mahaprasthan Yan to take dead bodies for cremation during the height of the Covid-19 pandemic. He also initiated the ‘Sundar Sudurpaschim’ tourism campaign aimed at bringing more tourists to Dhangadhi and Nepal’s neglected far west.

Hamal announced that he would be free from greed or fear if he was elected as mayor. As an independently wealthy businessman, he underlined that he would not feel the need to take bribes or indulge in corruption. He also committed to not taking a salary and only using his own personal vehicles while serving in the mayoral post. Furthermore, as an independent candidate, he would not have to follow any commands from politicians higher up in the party structure.

Among the issues that Hamal raised was that of floods. As the city suffers from inundation every year during the monsoon, he promised to make provisions to help prevent such floods. This showed that Hamal knew the issues plaguing the voting public well.

A unique strategy that Hamal adopted prior to even announcing his candidacy was to go to the people early on. He sought opinions from the general public on whether he should run as a member of the Bibeksheel Sajha party, of which he was a member, or as an independent. As the public suggested that he contend independently, he resigned from the party and registered as an independent candidate.

Thus, by showcasing his past work, honoring public suggestions, and making promises to make the city more hospitable to its residents, Hamal persuaded the people to cast their votes for him.

Unlike Rai and Hamal, Shah’s electoral strategy was markedly different. His campaign made more use of social media than any of the others and in a city like Kathmandu, where the population is relatively young and social media savvy, that gave a boost to his chances. Shah was supported in his campaign by popular social media groups like Routine of Nepal Banda and Men’s Room Reloaded, which campaigned on his behalf to appeal to the youth.

In terms of his past record, Shah did not have much to show, except for his rap career and his work as a structural engineer during the 2015 earthquake. Instead, he used his academic background to provide realistic plans and solutions. Among his primary issues were traffic management and garbage management. He proposed differential timings for different work sectors and to improve public transport in order to manage traffic, and proposed separation at source and negotiation with dumping site residents to solve the garbage problem.

Rather than promise large-scale infrastructure like metros, Shah raised the issue of improving health facilities, better managing ambulances, and providing free health checkups at home for the elderly. He also committed to improving public school and vocational education, an issue that is not talked about often by politicians.

Shah too did not raise any novel issues, but rather came up with realistic methods to solve existing public concerns. Rather than lofty promises with no real grounding, he proposed concrete plans along with a tentative budget to solve issues like managing traffic, pollution, and garbage.

The experience and success of these three independents show that electoral campaign strategies are changing, especially in the big cities. Candidates don’t necessarily have to be from an established political party as long as they can advocate and become involved in the public’s sorrow and happiness like Harkaraj Rai, by carrying out social work prior to running for political office like Gopi Hamal, or by sharing a dream with a concrete plan like Balen Shah. Merely talking about abstract ideas and big plans does not work to win the public’s confidence anymore.

However, it is important to note that the same rhetorical strategies may not always work in all places. In rhetorical terms, it is all about kairos, that is, the art of saying and doing the right thing in the right place at precisely the right moment. Yet, what was common to all three examples cited above is advocacy for the people’s immediate pressing needs, not with mere promises but concrete plans for action. Candidates should not strive to sell something that can’t be done nor should they attempt to raise issues that are too abstract and only serve as distractions.

Jagadish Paudel  Paudel is currently pursuing his Ph.D. in Rhetoric and Composition Studies at The University of Texas at El Paso, US.

The government is proposing sweeping legislative changes that curtail constitutional rights and consolidate power. Here's a refresher on what is at stake.