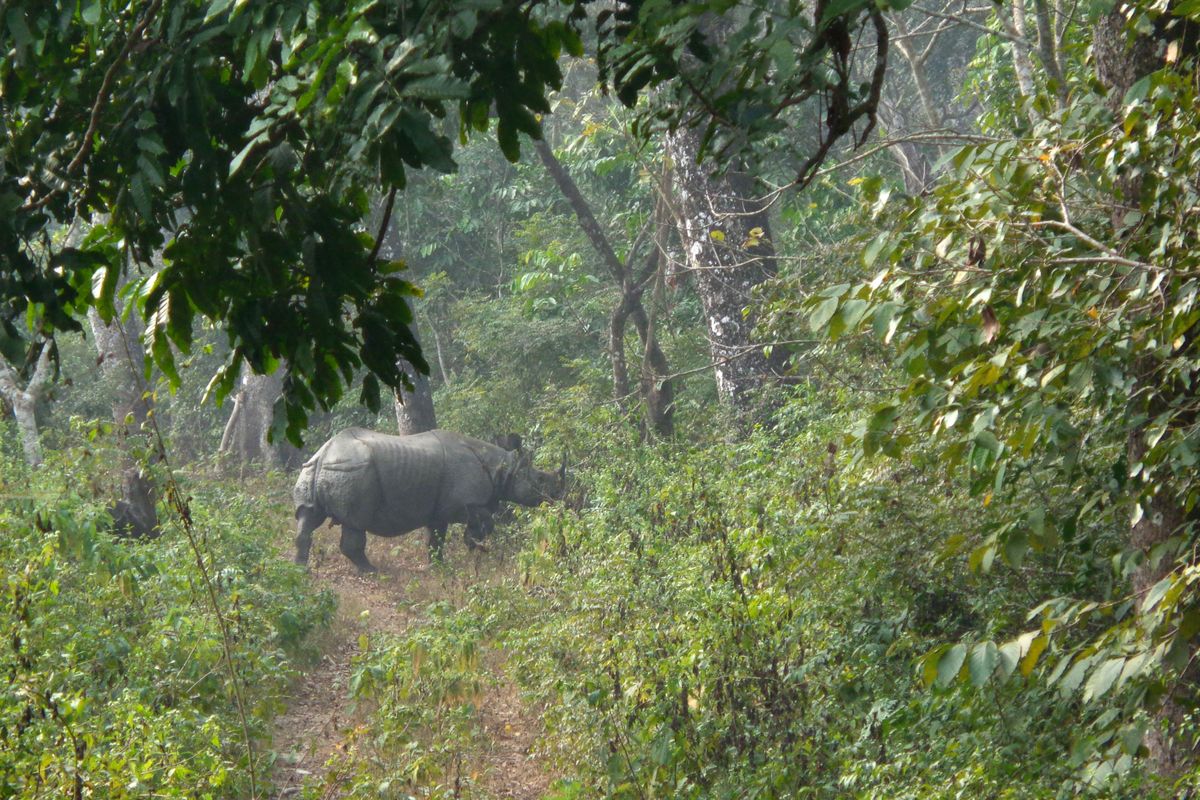 Thousands of Tharu indigenous people lost their ancestral lands and rights due to forced resettlement and forest closures in the drive to build Nepal's famous national parks. Conservationists in Nepal and around the world have applauded the role of local communities in conservation but the Tharu indigenous people gain few benefits from national parks. Instead, they suffer from human rights abuses.

In April 2019, following media reports, the World Wide Fund for Nature (WWF) appointed an independent panel of experts, consisting of Judge Navi Pillay, Professor John H. Knox, and Dr. Kathy MacKinnon, to conduct an independent review into the death of Shikha Ram Chaudhary in 2006 while in the custody of Chitwan National Park rangers, among other instances of human rights abuses in Africa and India. The panel, on November 17, 2020, issued its report about the WWF’s role in connection with alleged human rights abuses by a Chitwan National Park ranger.

In my view, the report made good recommendations but they are not enough.

In 2006, Shikha Ram Chaudhary was working on his land in Devanager, Chitwan, when he was taken into custody by Chitwan National Park officials on suspicion of being a rhino poacher. His family was never informed. While in park custody, he was badly beaten by park staff. After three days in custody, Chaudhary's wife Hira went to the park office in Kasara and met her husband, who was badly injured from the beatings.

Two days later, park staff informed Hira that her husband had been hospitalized. When she went to the hospital, she discovered that her husband was dead. After Chaudhary's death, various indigenous welfare organizations raised their voices against park staff. The police post-mortem report showed that Chaudhary had died due to beatings.

READ ALSO: The dark side of Nepal’s national parks

The independent panel report says that the park has a history of violating the rights of local people and that WWF should identify and respond to human rights abuses. “WWF works in protected areas which do not respect indigenous peoples’ rights,” the report says. The panel further concludes that Tharu indigenous people have lost their ancestral lands and made other sacrifices for the park but are not getting any direct benefits. The panel recommends that WWF Nepal should create a grievance mechanism as part of any funding agreement with the government and other grantees, along with social policies and safeguards for grant agreements so that the grantee will be accountable for the treatment of indigenous people.

According to the report, “WWF Nepal is in the process of drafting a clause for all grant agreements which will specify that a human-rights-based approach to conservation is a requirement for all WWF-funded projects.”

If WWF Nepal implements this with all its MoUs, the Nepal government will be more accountable on human rights issues and indigenous people will get more benefits from WWF grants and conservation programs.

These are good recommendations and they will likely help many Tharus near the Chitwan National Park and other parks. But WWF should also do two other things.

First, create a special fund for projects to help indigenous people who live in the buffer zones as most human-wildlife conflict affects Tharus and other indigenous peoples. According to the park's official data, 43 people have been killed by wildlife over the past five years, an average of nine people per year in just Chitwan National Park. But, journalist Peter Gill's work has shown that this is a significant undercount. In one area for which I obtained complete data (Mrigakunja Buffer Zone User Committee), two-thirds of deaths were not included in the official count. Park restrictions hurt indigenous people who live in buffer zones, but they don't see the benefits from conservation programs.

The Independent Panel also noted this problem with buffer zone committees: “In the Chitwan area the largest indigenous population is the Tharu, yet the Tharu leaders do not hold positions in the buffer zone management committees.” We need to find solutions to this real problem.

A lack of representation

History should not be forgotten.

Before 1954, Chitwan was a malaria zone. Only indigenous people lived here: 90 percent Tharu and 10 percent Bote, Musahar, Darai, and Majhi. At that time, all the forests were open and all villagers’ cattle went to the forest to graze. Local people were allowed to fish in the rivers and they took home wood and grass to build their homes.

When Chitwan National Park was established in 1972, local people were not aware about park rules and regulations. Tharu indigenous people thought they maybe would not lose access to the forest, but after the park was established, the Nepal Army patrolled the park and stopped all access to the forest. The park was good for wildlife but not good for the Tharu. Some Tharu villages were forcibly relocated outside of the park, leading them to lose their lands.

If local people do not gain any benefits from the parks and buffer zones, whom is this conservation for?

In 1996, the Nepal government created Buffer Zone User Committees, which had the right to 50 percent of the park revenue. The goal of these Buffer Zone Committees was to address local issues related to the park. But Tharu indigenous people are rarely members of the committee. Most committee members are political party leaders or hill migrants. The Tharu and other groups have little pull in powerful, political circles.

Think also of the indigenous

In 1967, WWF started WWF Nepal with a rhino conservation program in Chitwan. WWF has done an excellent job for wildlife conservation and water resources. I respect their dedication. But I believe that WWF and the government of Nepal have to do a lot more work for indigenous rights and livelihood programs in Nepal's conservation areas.

We Tharu also care about protecting the forest, the water, and the animals. We have done so for centuries. Conservation works best with strong community partners. We want to work with the WWF to find win-win solutions for conservation and indigenous communities.

Birendra Mahato  Birendra Mahato is director and founding chairperson of the Tharu Cultural Museum and Research Center in Chitwan, and Community Conservation Nepal.

Socio-economic mental health stressors are on the rise

Part 1 of the conversation with educator and psychologist Madhav Khatiwada on the need for improved mental health infrastructure in Nepal.