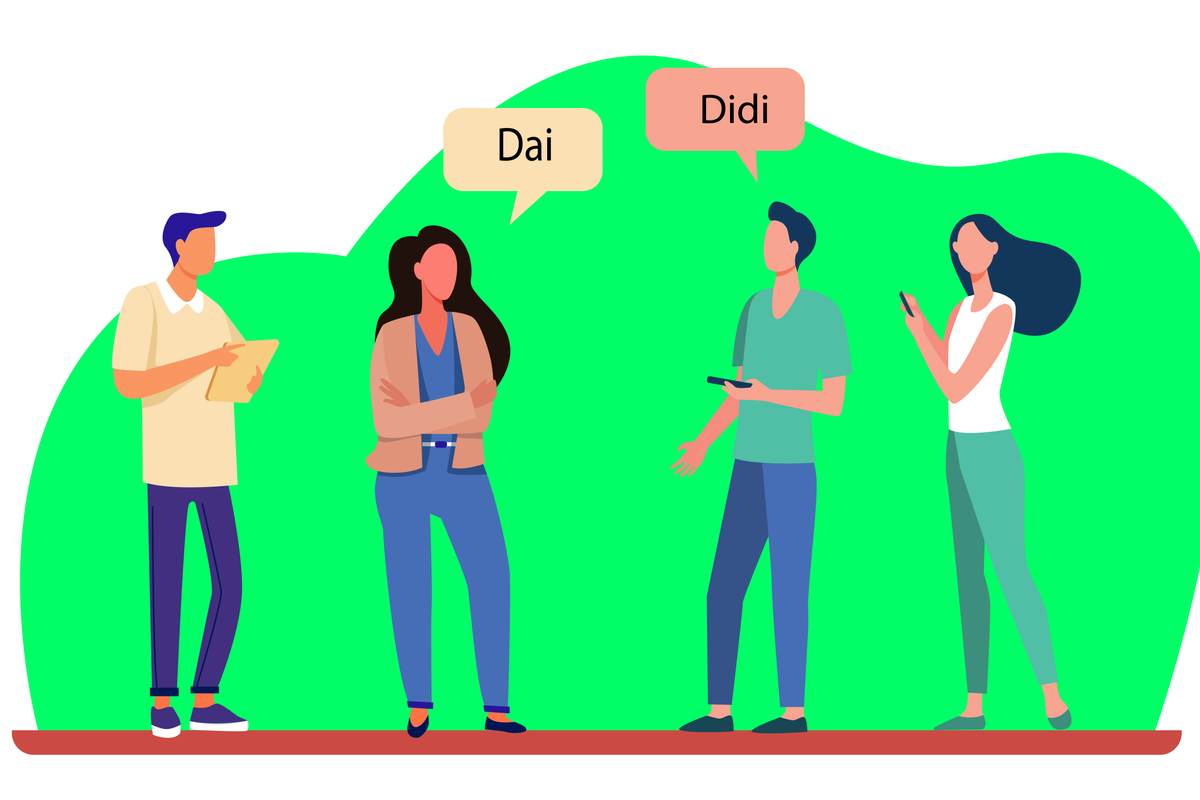 In your professional life in Nepal, you often face the dilemma of the “right way” of addressing your colleagues, young and old. Startups and NGOs pride themselves on their “informal” work culture, by which they mean that there are no hierarchies within the organization and the door is open for even the unpaid intern to reach out to the organization head, who probably gets paid ten times more than the next in command.

The go-to way to address colleagues in these offices is dai/didi (or the urban adaptation of it: da/di). In some sense, this typifies the succinctness of the Nepali language. At once, it creates a bond which if reciprocated by your superior can even pay dividends. Plus, accustomed to using these words everyday to address siblings and cousins, it comes out rather naturally. However, for a young professional it can also create an ageist hierarchy within the organization that she can barely shed.

The costs of addressing your colleagues as dai or didi treads somewhere between opportunism, expedience and subservience. The arrogant will argue that dai is also used for elder drivers and gophers in the office, so it is really hierarchy neutral. But the whole “cost” of using name suffix does not really matter when the other person’s position is explicitly secondary to yours. Calling a driver “dai” only assumes expedience, neither opportunism nor subservience.

And the “dai/didi” phenomenon is not just limited within an organization; it transgresses offices and even generations. I have found some of the alumni of elite Kathmandu schools forming a tight commune by referring to each other as dai/bhai or didi/bahini for the mere fact that they attended the same schools, even when generations apart. One also must contend with the fact that opportunities in Nepal come with nepotism. Then it becomes very difficult to address their benefactor as anything other than dai or didi.

There are alternatives, however. One could just call another by their name. But that is a right specially reserved for a foreigner in the office or to the one that has a foreign-school degree, runs his own company and does not want to give the impression that he is too old.

The Nepali language has discrete categories of pronouns depending upon the respect with which you can address the second and third person. In Nepali, calling a person by their name only is mostly reserved for elderly people. When used to address a relative stranger it can come off as hostile. And the ease with which similar words in the Nepali language can be switched between passive aggression, sarcasm, and outright hostility just by slight variation of tone and verbs makes the whole exercise highly risky.

Then there is my favorite — ji. Ji is good — it is respectful enough, it is convenient. Besides the dilemma about its right spelling (ji or jee, or if you really want the Nepali flavor — jyu), it is monosyllable, so one can attach it quickly. Unlike dai, it has that egalitarian quality, at least if you are addressing someone within your ranks or just a few levels above or lower on the professional chain of order. It can also be used for someone very high in the hierarchy without having to come off as too subservient, but such is the ageist nature of our culture that something seemingly egalitarian can very easily be construed as hostile.

Ji also has this extraordinary quality to blunt the aggression that can come from addressing someone only by their first name. Consider this email salutation: Dear Chakra. It sounds like someone is confronting Chakra ji for a one-on-one fight. But add the ji, and you feel there’s some genuine respect.

Ji can never be a substitute for dai, as the latter is not merely a name suffix but a tacit acceptance of one’s place in ageist hierarchy. Still, ji comes as close as it can get to replacing dai.

And up until a few months ago, I had thought ji was the ultimate name suffix to use in a professional setting for keeping one’s dignity and job intact. But ji, it appears, has a few flaws. As stated earlier, it does not seem appropriate for someone who — in your comparison — is too high or low in the respect ladder. Similarly, ji can be too formal between individuals who are within the same rank and/or age group. It also elapses the certain air of flirtation between genders — which can be both a good and bad thing depending upon your interest towards the other person.

Add to that, it has a very masculine undertone. Ji, or more precisely jyu, was always a go-to word for sycophancy and sycophancy as an out of house vocation was entitled for males. When the word is used for addressing female colleagues it sounds incongruous. Or this might just seem so from a man’s vantage point. But the fact that prefixes/suffixes like shriman, which are still widely used in professional settings (read: courts), come from a sexist history, it does build a case against ji.

Then we come to the sir/madam, name suffixes that are quite alien to the daily lives of startup and NGO walas who pride themselves on their informal office culture. But sir/madam is the most convenient of suffixes when you must charter the settings of strict hierarchies, where you are trying to flag or fight any subservience that might be imposed on you for the mere fact of your age, gender, or position in the hierarchy.

Perhaps therefore bureaucrats and government workers prefer to be called sir/madam rather than ji. For them ji is too informal. Sir/madam recognizes a hierarchy. Granted sir/madam offers too much respect, in instances more than by dai/didi, but that speaks more about its qualities than vices. It shows how adaptable it can be when you are navigating the work world outside of nepotism or any bond that an elite school alumna can provide.

As such, sir/madam is the epitome of formality. The only problem with this suffix then is perhaps its lack of applicability in workspaces that encourage informality. That begs the question, is informality only a veil for establishing conventions that are by their nature anachronistic to the world of professional work? Can we not bring our dai, bhai, didi, bahini and family to work? Defenders of “Nepali culture” will argue that suffixes like Ji, dai, didi do not have any malice in them, and are suitable for the workspace. Perhaps, they can think of that instance when they had to introspect at length the right way to address an individual at their workplace.

I have found that the choice of name suffixes mostly depends upon reciprocity. But reciprocity in-turn depends upon our norms and conventions. For example, an elder/senior at the workplace might call me by my name, but I cannot do the same. Then, ji, dai/didi or sir/madam are the only options. That is ageism inherent within our conventions. I can call them dai/didi and I do abide by these conventions, but I always wish there were better ways.

Often, I use ji, but it does not cut it, either for my intentions or for the conventions. Sir/madam would be a go-to suffix, but “informal” workspaces find it too formal. However, for me, more than the efficacy of these suffixes, it is the informal hierarchy that we consolidate when we ignore the formality of work that is more concerning. We hide behind dai/didi or ji, while ageist and more often patriarchal relations take over the workspaces which is hard to shake off either through merit or hard work.

Tenzin Dickie: ‘Writing is how I make sense of my world’

Losing hajurma made me realize the human cost of dengue.