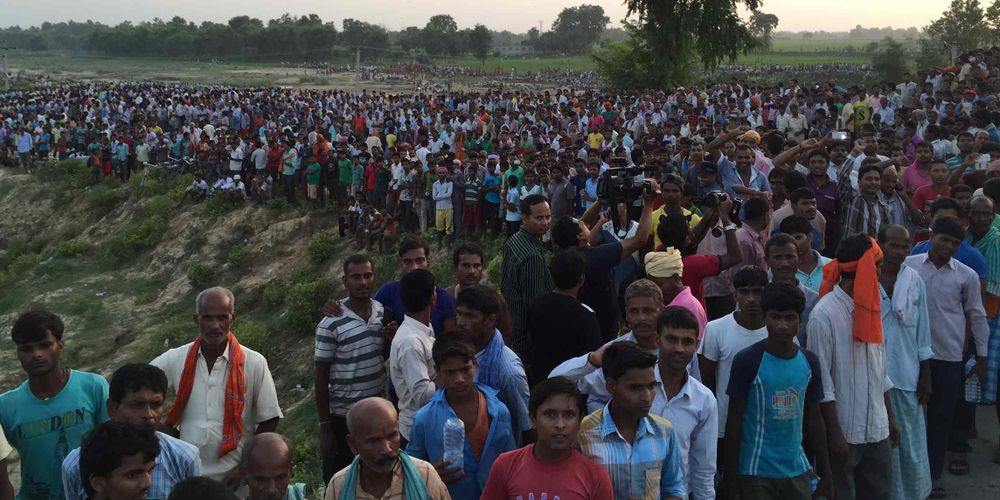 These mornings my computer screen is infested with threats to ban Indian TV channels, anti-India slogans, and the vilification of Madhesis for bringing on this blockade. As media and social media outlets are plastered with these slogans and sentiments of ultra-nationalism, my feelings range from bemusement and sadness to indignation and apprehension.

While I sit there judgmental, I am reminded of 2001, when residents of Kathmandu came out on the streets with anti-Indian fervor over a Bollywood actor’s statement that he “hated” Nepal, a rumor that turned out to be false. I was one of the kids on the street shouting those nationalistic slogans. At the time, I was proud that I had done my patriotic duty. It was a self-congratulatory thrill of the moment. I was a teenager in high school then; I had yet to learn my lessons and, more importantly, a lot of lessons to unlearn.

During the demonstration, Madhesis were attacked in Kathmandu and they had to flee or hide indoors. The misleading ultra-nationalistic fervor was the fuel that led people to attack their fellow Nepali citizens. We were taught that to qualify as a proper nationalistic Nepali was to hate India. But we were not taught what a nation is or how to recognize our fellow nationals. Instead, we were taught to identify the “dhoti-clad” southerners as non-Nepali Indians, a reminder of Indian intrusion.

Years later, besides guilt and embarrassment, I felt a deep sense of betrayal toward our establishment that had implanted faulty ideals in young impressionable minds. While the string of nationalism is still tightly entwined with my identity, I am alarmed whenever I see the snake of ultra-nationalism. It alarms me now that I am seeing this infestation once again taking root.

It might be tempting to take an optimistic stance and wait for people to outgrow their jingoism. But this is 2015, not 2001. In these 14 years, a lot has changed. Nepal has gone through profound upheavals. Through blood and ink we have dismantled monarchy and other bastions of perceived supremacies. We have dissected our constitution, curriculum, customs, and costumes. Minorities and marginalized have fought together across the country. Activists and intellectuals have worked ceaselessly to express their collective agonies and explain their demands.

I wish I could expect Kathmandu residents, educated and informed, to be aware of Madhesi issues through and through by now—after all, they haven’t changed for decades. But what we see is too many Kathmanduites who remain silent in apathy when Madhesis are protesting and dodging bullets day after day for weeks on end. When India steps in in response to this apathy, the same demographic starts to growl and squeal with a fury soaked in ultra-nationalism, taking up prime time slots and bandwidth. The establishment media that dismissed the nationwide Madhes revolution as a footnote, now zooms in on each pamphlet that encourages cycle rides and carpooling.

One could argue that people are more likely to raise a voice when it is “their” issue under threat and not that of “others.” But I refuse to accept that the issues of the Madhes are not Kathmandu issues. Madhesis are among us. The domination and humiliation borne by them are evident to us all. We have either directly participated in it or been silent witnesses all along. Each of us knows the street vendors and shopkeepers disrespected by our sisters and aunts or bullied by our brothers and uncles. If you did not have that boy in school from Rautahat that everyone picked on, you must have met him in college—he was the one out of place amid the slurs of “bloody dhotis.” Even if we cannot feel their alienation, we know by heart the symbols and songs of nationalism that push Madhesis away as the “other,” and wall us safely in.

This new constitution was a chance to fix these age-old injustices and indignities. But what we got is one that structurally solidifies pahade prejudice. According to the new constitution, children of Nepali women and foreign men will be second-class citizens, barred from high government office. This constitutional clause—that is a slap in the face of all women—is designed to soothe the establishment’s deep suspicion of Madhesis who marry across the Indian border, by barring their children from having equal rights in this country.

This is what happens when the dominant group is insecure and uses the dominated group to alleviate their fears. As if subjugation was not enough, they externalize their insecurities over the dominated group. Madhesis are used as the base on which the shape of Indian imperialism is carved. Whenever the shadow surfaces, Madhesis are the easy and accessible target. Madhesis, who are denied entrance to the pahade state, are now asked to prove their nationality. They are asked to prove their loyalty through statements such as: “If you are a Nepali, then . . .” This is a nauseating double standard.

I ask all ultra-nationalist Nepalis: If it boils your blood to think of the dominance of our neighbor India in our sovereign state, how can you demand that Madhesis calmly accept pahade dominance in their own home? If it hurts your dignity to be on the unfair side of a lopsided relationship, how must it feel for Madhesis whose votes and lives are deemed second class? Some acknowledgement of our injustices and some empathy would have made our nationalism more inclusive.

If empathy is too much to ask, let’s talk about our own aspirations to be world citizens in the twenty-first century. The atrocious citizenship law that we have now would forbid even Barack Obama from being elected as president of the United States. The world is moving from territorial parochialism to universal values of diversity, inclusion, and integration. If our aspirations have risen to imagine unlimited possibilities in foreign lands, how then can we reconcile them with the limiting of fellow citizens in our own country?

This is no longer the era in which we had to hide under the sword of a Shah ruler from Gorkha to protect ourselves against English hawks. This is also not the era of the Cold War when we had to fear becoming the next Sikkim. Indian imperialism is real. But our irrational reactions only make us more vulnerable to it. Selfishly indulging in our ultra-nationalism, we are unable to hear Madhesi voices. We are losing our chance to create a fair and inclusive constitution that can be a base for our wholesome ideals of nationalism.