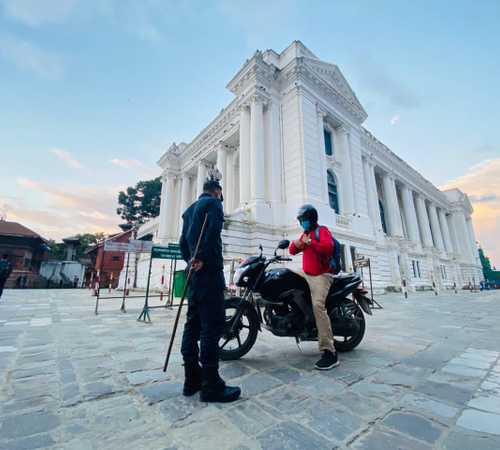 Nepal recorded 17 Covid-19 deaths on Thursday, the highest single day rise in deaths since the start of the pandemic, taking the national tally to 453. Six of the registered deaths occurred in Kathmandu Valley.

On Wednesday, seven people reportedly died of Covid while only two died on Tuesday, which created an impression that the situation wasn’t getting worse. Before this, the 14 deaths recorded on August 30 constituted the highest single day death count from the coronavirus. But on an average, the daily deaths have hovered around eight.

Covid cases have surged in Kathmandu since the end of the first lockdown; experts attribute the increase to heightened mobility. Since the reopening, there has been a huge influx of people from outside the valley, coupled with further internal movement amongst Kathmandu residents. People who come to Kathmandu for medical treatments, especially the elderly who are an already vulnerable population, have been prone to Covid infection and, often, death.

The daily detection of infections has remained consistently high in the capital, even after Kathmandu Valley’s district administrations imposed a month-long set of prohibitory orders which restricted the movement of people and shut down markets. Of the 1,497 new Covid-19 cases detected on Thursday, 755 were from the valley. On Wednesday, Kathmandu Valley had registered 637 new infections and 647 the day before that.

In the first phase of the viral outbreak in Nepal, districts in Terai were hit first as hundreds of thousands of people poured in from India after a lockdown was placed in both countries. During this phase, Kathmandu remained largely free of the virus. Initially, local bodies were overwhelmed by the sheer number of Nepali returnees, but they managed to quarantine and isolate the infected. The situation has steadily improved in the plains, while the virus has picked up in Kathmandu, spreading unabated for the past two months. Kathmandu still hasn’t been able to set up quarantine and isolation centres, squandering the time bought by four months of lockdown. To make matters worse, authorities in the nation’s urban centre with a population of five million waited until the virus had spread at the community level to start contract tracing.

Currently, the country as a whole has 18,142 active cases. A task force created to deal with the virus has recommended that another lockdown be put into effect if active cases exceed the 25,000 mark. Yet, the government so far has neither officially acknowledged Covid’s community spread, nor heeded repeated suggestions from public health experts to boost PCR tests and vigorously conduct contact tracing.

A three-member team has been formed in each local body for contact tracing, but this is not enough to trace all the infected. According to Krishna Bahadur Mijar, chief at the District Health Office in Bhaktapur, one infected person has been found to have come in contact with as many as 50 people. Many people have also been hesitant to open up due to fear of being stigmatised, ostracised; some even fear getting kicked out of their rented accommodations.

Over the two phases of lockdowns that lasted for five months, the local authorities merely regulated the mobility of people and vehicles. Little else was done to contain the virus. In fact, the government has scaled down testing, stopped testing asymptomatic cases, and is now even asking frontline workers to pay for their own tests.