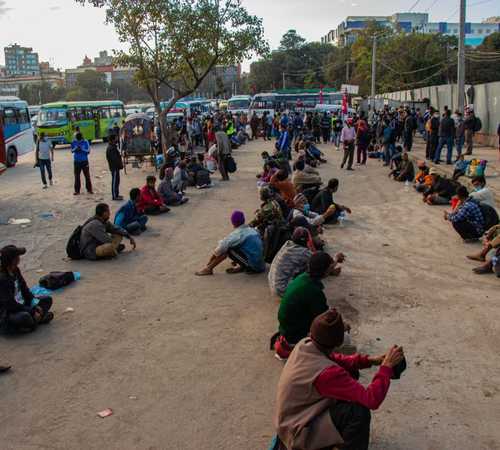 Nepal’s 2015 constitution, often referred to as one of the most progressive in the world, defines health, education, housing, and food as basic needs which the government takes upon itself to provide. Over time, the utopia drafted into the constitution, however, has proven to be nothing but a false promise. The Covid-19 pandemic, in particular, has shown how a fragile economy based on remittance, tourism, and agriculture can crumble upon impact, with the poor and the marginalised deprived of even the most basic access to healthcare and nutrition.

Although the government initially covered all treatment-related expenses for Covid patients, including their accommodation in quarantine facilities, it later instructed patients to quarantine themselves at home. Further, the government refused to bear testing expenses, claiming that it could not afford to test everyone who came for testing for free. Slowly, Covid patients were asked to pay fees for occupying hospital beds.

The shortage of healthcare infrastructure in the country is more apparent than ever, especially when looked at from an equity perspective. Wealthy and politically connected patients have hoarded ICU beds and ventilators in government hospitals where the fee is substantially lower compared to private hospitals. Meanwhile, poorer patients are being forced to pay millions of rupees to get treated at private hospitals just to ensure their survival.

Concerned over the reckless and haphazard pandemic response, some lawyers were quick to challenge the government at the Supreme Court, specifically the move to charge treatment fees which they claimed went against the spirit of the constitution. In response to the writ petition, the apex court even ruled that the government should ensure free testing and treatment of Covid patients.

Nevertheless, the government has continued to issue circulars stating that patients will be treated only upon payment of fees and that PCR tests can be availed at a price.

Overturning the SC’s order, the government has instead appealed to the court, seeking its help in collecting fees from those admitted at government hospitals. On November 1, the Office of the Attorney General filed a review petition on the court’s order to the government to provide free PCR testing. It appears as though the government wants to stay away from testing, tracing and treatment of Covid patients altogether. Ministers and government officials, however, showed no hesitation to allot allowances for themselves to celebrate Dashain.

The government’s indifference towards citizens in these trying times doesn't end here. The relief package meant for the poor who have been deprived of food and other basic needs due to the pandemic was never rolled out. Instead, the government asked the youth groups to stop offering free food to the needy.

“I received a call from the municipality office yesterday and once again this morning saying that we should stop feeding them. This is shocking and ridiculous. We are just doing our part to help people in need, but the government does not want us to help them,” said Ansu Yadav, founding member of a youth group called the 100’s Group. 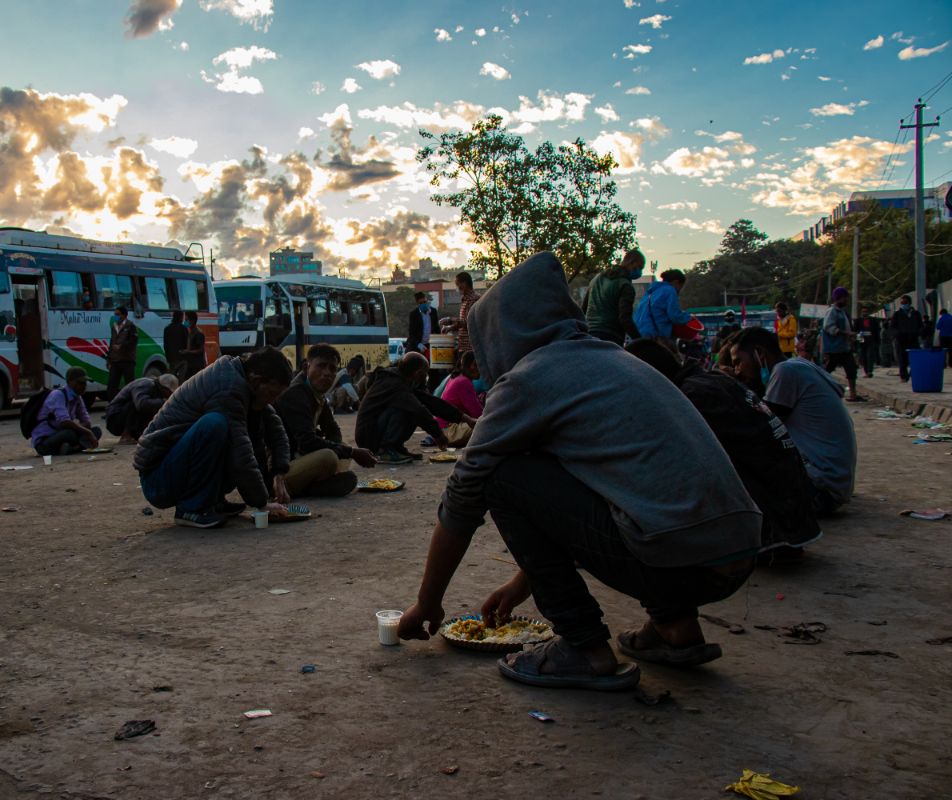 Currently, around 400 people from different parts of the city come to Ratnapark for free food every day. But the youth initiative to feed the needy has embarrassed the government. Officials at the Kathmandu Metropolitan City warned Yadav over the phone not to feed people in public places.

The prime minister and his cabinet continually denied the existence of the virus, being dismissive and calling it a flu until cabinet members themselves started contracting the virus. Initially, some parliamentarians even engaged in quackery, promoting superstitious items for treatment such as the ‘coronavirus locket’.

In the past 11 months, the supposedly pro-public communist government has never seriously considered creating an economic package for the poor. The free food campaign initiated by youths is currently protecting a few from absolute starvation, and the government’s decision to quell this effort has been baffling. The municipal police, for instance, tried to evict charity members from Tundikhel on Monday. Their efforts to foil the ongoing free food distribution campaign went futile after hungry people surrounded the police and demanded that the distribution of free food be continued. 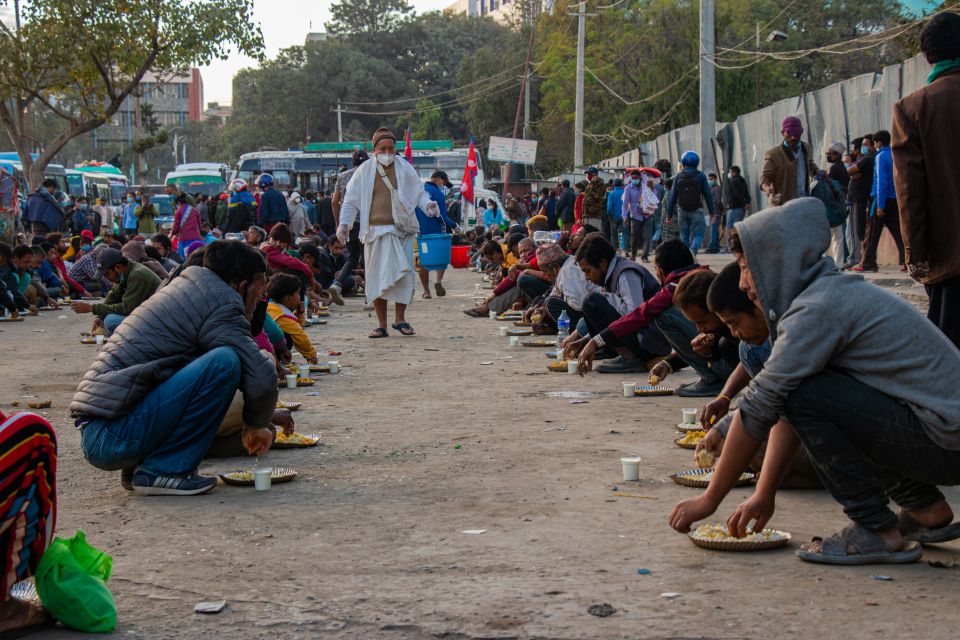 “We want the government to offer them jobs so that they can feed themselves. They keep asking us for jobs which we don't have. We will be happy if they get jobs and are able to feed themselves,” said Yadav.

After losing their jobs due to the pandemic, hundreds of daily-wage earners are relying on free food being distributed by various non-profit charity organisations. Every day, hundreds of people queue up in public places like Tundikhel, Lazimpat, and the Pashupatinath premises hoping to get free food. This is a textbook example of how the poor continue to suffer in Nepal when a party that secured nearly two-thirds majority in 2017’s elections is leading the government.

Both national and international media outlets have covered the hardships of daily-wage earners in Kathmandu, including the work done by charities and non-profits to provide them with basic nutritional needs. In a recent article published by The New York Times, Uprendra Lama, a jobless worker surviving on food being distributed by such organisations, expressed his worries, saying “I often think I will die of hunger before corona kills me.”

Nepal has received support in kind and cash for the Covid crisis but the government has not utilised the money effectively, nor made sure that it benefits those who have been hit most harshly by the pandemic. The government has shown little commitment to expanding health facilities for the public, including testing, tracing and treatment. This, tragically, falls in line with a preexisting pattern of governmental misappropriation of funds allotted for the poor and the marginalised.