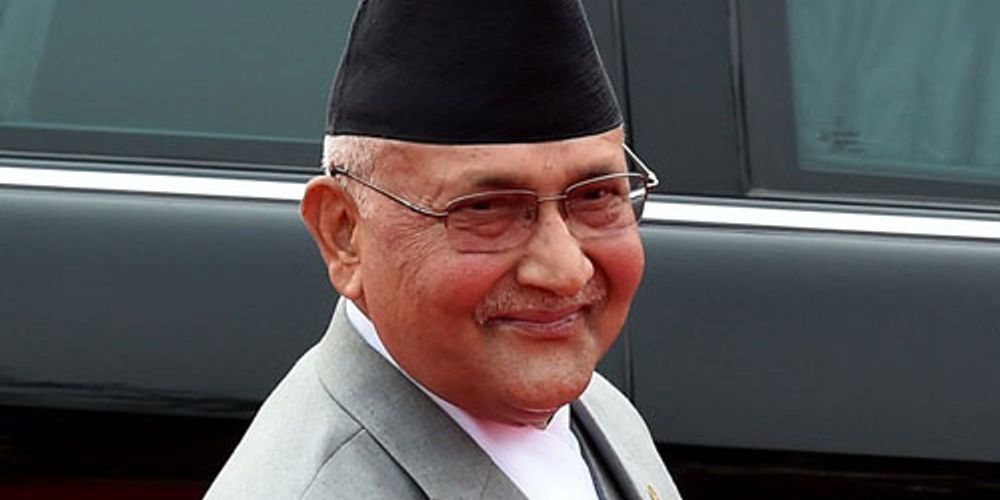 On February 26, a secretariat meeting of Nepal Communist Party unanimously endorsed party Vice Chair Bamdev Gautam’s name for the national assembly. The same decision has emerged as a major bone of contention in the ruling party after Prime Minister KP Sharma Oli initially stepped back from the decision.

Oli, who had earlier backed Gautam, now wants to give continuity to Finance Minister Yuwaraj Khatiwada whose two years’ term for the National Assembly is expiring on March 3. If Khatiwada is to be continued, his term will have to be extended by the President based on recommendation of the government. Minister Khatiwada, however, can hold office for six months without being a member of the federal parliament.

The rest of the leaders in the 9-member secretariat have stood in favour of sending Gautam in Khatiwada’s place. On Friday, NCP executive chairman Pushpa Kamal Dahal told reporters in Chitwan he was confident the prime minister would adhere to the party decision.

The wrangling over the NA seat has been seen as a prelude to a power tussle in the ruling party that is expected to grow worse as Prime Minister KP Oli gradually loses key allies in and outside the party.

Oli’s reluctance to recommend Gautam to the National Assembly comes amid reports of failed bids by some secretariat members including Dahal, Madhav Nepal and Jhal Nath Khanal to amend the constitution which would have paved way for NA members to be prime ministerial candidates.

Prime Minister Oli has raised questions over the authenticity of the leaked audio, saying there was no proof the voice heard in the audio was of former Minister for Communication Information and Technology Gokul Prasad Baskota. Baskota resigned on February 20 following huge public outrage over a leaked audio recording in which he can be heard negotiating a large commission with a business agent for awarding his company a multi-billion rupee security printing contract.

Read also: Here is what you need to know about the Baskota case

“Gokul Baskota has said that he resigned after questions were raised against him. He has said ‘it’s not my tape’. It is not verified. The Swiss embassy has already said the agent is a fraud,” Oli said during a program organized in the Capital on February 27.

Opposition parties have accused the prime minister of coming up with more lies to cover up the corruption in his government. NC spokesperson Bishwa Prakash Sharma said that there should be independent investigation on the allegations against Baskota.

Baskota, who has denied allegations of corruption, on Friday filed a defamation suit against Bijaya Prakash Mishra, a self-styled agent of a Swiss company who was negotiating for the multibillion rupees deal. The case, filed by Baskota’s aide, accuses Mishra of making false accusations and assassinating Baskota’s character.

Finance Minister and government spokesperson, Yuwaraj Khatiwada, has defended the government’s plans to impose tax on books. Khatiwada claimed that booksellers were needlessly making this an issue when the government was only trying to bring their businesses into a tax jurisdiction.

“If they make profit, they should be taxed. Let’s not spread illusions, describing it as trade on knowledge. It’s a non-issue. If they are giving as much as 30-40 per cent discounts on books, how much profit are they making?” Khatiwada told reporters during a weekly press conference on February 27.

Khatiwada said the matter was now in hands of the legislature parliament and the government would act accordingly.

The finance minister’s remarks come at a time when book publishers, distributors, reading public and intellectuals are calling on the government to roll back tax imposed on books, saying this would have a negative impact on reading culture. Supporters of the tax claim the benefits of tax exemption was not trickling down to the readers as booksellers are keeping all the profits and commission.

The Oli government has doubled infrastructure tax on the sale of petroleum products. Officials say the tax wouldn’t lead to any immediate increase in the price of fuel.

On Thursday, the government announced infrastructure development tax on petroleum products would be hiked to NPR 10 per liter. Consumers currently pay NPR 5 per liter for the same.

The government has amassed NPR 40 billion since it started collecting infrastructure tax on fuel since 2016. The money meant for the construction of the 1200-megawatt Budhigandaki hydropower project has not yet been utilized.

The hike in infrastructure tax, which is expected to squeeze the profits of the Nepal Oil Corporation, comes at a time when the government has been taking various measures to meet its revenue target.

Nepal Police have formed a three-member panel to probe into alleged police brutality following huge social media outcry over a video that shows an inspector charging his baton at a woman running away with a toddler in her arms.

Nepal police spokesperson Sailesh Thapa Chhetri said the probe panel led by Durga Singh will look into allegations of brutality against inspector Deviprasad Paudel and uncover the truth behind the incident.

The video, which has been shared thousands of times since it was first made public on Thursday, shows a police inspector mercilessly charging his baton at a woman trying to escape a visibly tensed environment.

Details remain unclear but the incident reportedly occurred outside former Nepal Army General Hom Khatri’s residence in Bhaisepati on February 27. The victim, who has been identified as Hema Shrestha, was allegedly having a dispute with the retired general.

Nepal Communist Party Marxist Leninist General Secretary CP Mainali has been injured in a car accident. The accident occurred in Bardibas on February 27 when a truck coming from the opposite direction hit a car carrying Mainali and his family members who were on their way to Kathmandu from their hometown in Jhapa. Mainali and his family members, including a grandchild, are currently receiving treatment at Grande hospital in Kathmandu. Meanwhile, the government has formed a taskforce to investigate the accident.

“I may have to remain in bed for five days after the operation, and I will return to work on the sixth day,” PM Oli told a gathering of party leaders on February 27. The prime minister said he hopes to serve the country for 15 more years. Prime Minister’s press advisor, Surya Thapa, tweeted that the kidney transplant would happen at the Tribhuwan University Teaching Hospital on Wednesday.

Oli has been on hemodialysis since October 2019, and had to undergo an emergency surgery to treat peritonitis, an infection in the abdomen.

Oli’s poor health has been a source of intense concern in recent months with opposition leaders and some leaders from his own party calling the prime minister to step down.

Deputy Prime Minister and Defence Minister Ishwor Pokharel on Tuesday released a white paper on property of Nepal Trust, disclosing the status of properties acquired from the former royal family. Pokharel, during a press conference, said the Trust currently owns 21,562 ropanis of land in twelve districts, and has cash worth NPR 780 million, USD 144,581 and Pound Sterling 50,124 in various foreign banks. Pokharel also disclosed the status of land leased to various business houses in major cities including Kathmandu.

The white paper is the latest measure taken by the Oli government to quell public anger over the reported misuse of immovable properties belonging to the trust. Many leaders from opposition parties and even the ruling Nepal Communist Party have accused the government of fabricating facts and figures to misdirect the blame on others.

Realigning justice with the judiciary

The current controversy surrounding the chief justice reflects a broader problem with the judiciary, which is in urgent need of reform.

Constitution continues to be controversial

3 years on, Madhesis mourn the promulgation of the statute

In two separate incidents in recent times, frontline workers have been assaulted and beaten up by relatives of patients.