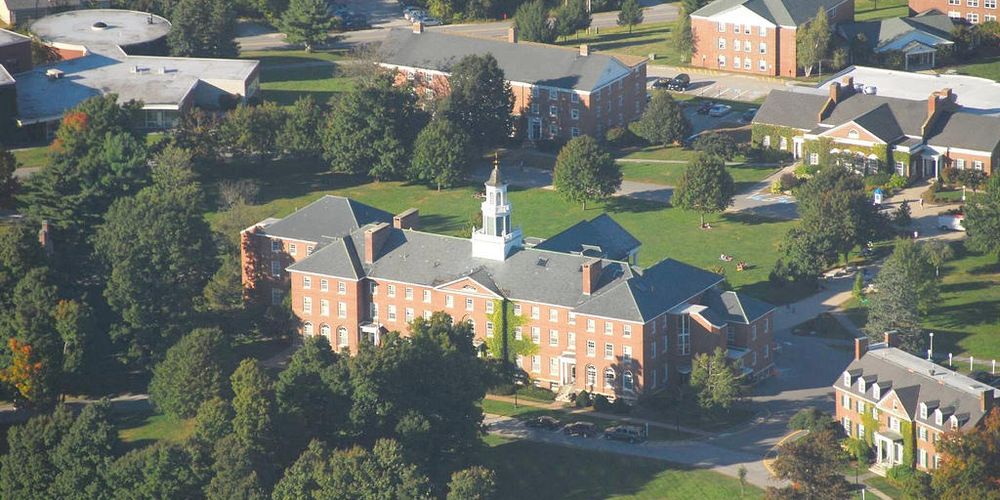 On October 3rd, at around midnight, 21 year old Supragya Rijal, a Nepali student pursuing a bachelor’s degree at Colby-Sawyer College, was met by local police authorities outside his apartment in New Hampshire, USA. Little did he know that the  officers were there to take him into police custody for reasons that were completely unsubstantiated. Supragya Rijal was being arrested due to the fact that an American student had misunderstood his comments about hunting and told authorities that the he was  planning a mass shooting at a college program.

Earlier that day, Rijal was having a casual conversation in the college cafeteria with an American student, Hunter Fitzsimmons, about his grandfather’s passion for hunting in Nepal. Rijal told him, “My grandfather used to hunt, back in Nepal, and he taught me how to shoot guns. I am very good at it.” Fitzsimmons, however, misunderstood the entire conversation and came to the conclusion  that Rijal owned a gun and was threatening to open fire at a poetry event happening later the same day. Fitzsimmons then reported his personal interpretation of the conversation to the Colby-Sawyer Campus Safety department. Campus Safety, without confronting Rijal about the incident, forwarded the case to the New London Police Department. Rijal was denied the opportunity to explain the situation and defend himself.  According to police reports, the campus safety officer responsible for overseeing the incident made comments about him saying that, “I have seen him intoxicated and spouting off things about America and that he hated white people.” Rijal has denied such accusations made by the campus safety officer.

The police department, following the call from campus safety, raided Rijal’s apartment. He was arrested the same day and was charged with the Class B felony of “criminal threatening.” A Class B felony is a category of criminal charges that is reserved for very serious crimes. In New Hampshire, a person convicted of Class B felony can be sentenced to prison for anywhere from three and half to seven years. It can also result in fines up to $4000, and five years in probation. According to the Police report, no firearm or any other incriminating evidence was found in Rijal’s apartment. The same report has also confirmed that Rijal doesn’t have a license to possess firearms in the United States. Rijal, however, was subjected to a full body cavity search and was held in the county jail for 2 days. He was released on October 5th, due to personal recognition because of letters received by the court from his peers and professors attesting to his character. Colby-Sawyer College has since expelled Rijal, citing “most likely to have violated the campus policy by endangering behavior” as the reason.

Once Rijal was expelled from the college, his VISA and SEVIS were also terminated simultaneously, which resulted in the involvement of U.S. Immigration and Customs Enforcement Agency (ICE). ICE is usually involved when a non-resident, residing in the States with a VISA is facing a criminal charge. So, on 28th November, Rijal was arrested for the second time, this time by ICE officials and was taken to Strafford County House of Corrections for further questioning. This whole incident was witnessed by Rijal’s colleague, who writes on the online forum, change.org.

“Around 8:30 in the morning, he was taken into custody by ICE wearing only a t-shirt, sweatpants, and sandals, in the middle of a harsh winter storm. A coat was haphazardly flung onto him by his request. ICE is as cold as it sounds.”

Following the chain of events, Colby-Sawyer College and other officials involved in this case have been on the receiving end of heavy criticism from domestic and international students alike. An international student currently enrolled at Colby-Sawyer College talked to The Record about the incident. The student said, “I have known Supragya since he was admitted to the college. He is a humble and kind person. It is very sad to see someone like him go through such tremendous pain and injustice.” That student also added, “This incident just proves that Colby-Sawyer is a racist institution that doesn’t value its international students. I am ashamed of calling myself a student of this institution.” Another Colby-Sawyer student and colleague of Rijal has started an online petition which has garnered around 4500 signatures asking the institution to issue a public apology to Rijal and pay for his legal fees. The student wrote, “The college must accept responsibility for the pains and perjury that the institution has so wrongfully subjected Supragya Rijal to.” The college, however, hasn’t made any public comments regarding the specifics of the incident.

Kate Seamans, director of communications, in response to an  inquiry from The Annapurna Express responded saying, “Because of student confidentiality laws and policies, Colby-Sawyer cannot disclose any details regarding the circumstances surrounding any students standing with the college. It also seeks to balance the needs and the rights of the individual with the welfare of the community.” She further added, “Students who are found to be responsible for violating the college’s Code of Conduct receive penalties which are based on the nature of the violation, and all appeals are heard by an Appellate Board that is comprised of at least three board members who were not involved in the investigation or prior parts of the hearing process.” However, family members of Rijal told The Record that a unanimous decision was made by the committee to deny his appeal, and Rijal did not get a fair hearing in front of the Appellate Board.

Rijal is currently awaiting his trial. He is confident that the charges against him will be dropped. However, he faces the possibility of deportation to Nepal. Even if the charges are dropped in the district court, he still has to be a part of an educational institution to maintain his F-1 visa status in the United States. He has hired an immigration lawyer and a civil rights lawyer to help him with the case, and  the whole process could cost him thousands of dollars. Rijal, however, is determined to fight the system and prove his innocence.

On the GoFundMe page he started to get financial support for his legal fees, Rijal writes, “I believe that running away from this situation and returning back to Nepal is not the right thing to do at this point because this could have happened to anyone. I believe that Colby-Sawyer College has severely violated my fundamental civil rights and that it is not willing to take any responsibilities for its mistakes.”

Yunish Ghimire  Ghimire is an environmentalist and a storyteller.