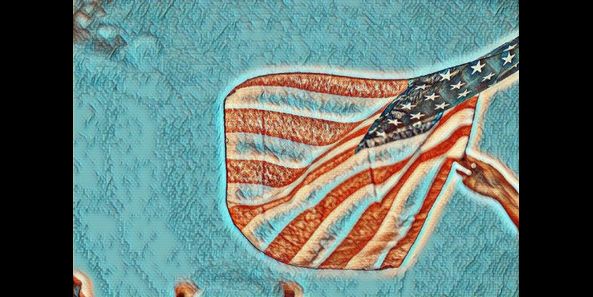 On July 6, Monday, the US Immigration and Customs Enforcement agency, ICE, announced that international students in the US, primarily F-1 and M-1 Visa holders, will be required to leave the country unless they are taking in-person classes in the fall semester. New visas will not be issued to students at schools that are entirely online, and even at colleges offering a mix of in-person and online courses, international students will be barred from taking all their classes online.

Many universities had begun the shift to remote learning in light of the Covid-19 pandemic in March, and while some colleges are still clarifying what their plans for the fall semester  will be, others have announced that all course instruction will be delivered online, including for students living on campus. The new ICE regulations have put international students at risk for infection if they choose to take in-person classes or deportation if they fail to do so, and incentivized universities to reopen completely in the fall despite the raging pandemic. Many inside and outside of higher education have criticized the regulations, including Democratic US senator Elizabeth Warren, who tweeted that the move was “senseless, cruel, and xenophobic,” and former Secretary of State Hillary Clinton, who tweeted that it was “cruel, unnecessary, and counterproductive to America’s long-term interests.”

According to data from 2019, the 12th largest group of international students studying in the US, 13,000, are Nepali. Many are afraid of what the new regulations mean for their education and their futures.

Sujana Sunuwar, 22, is a rising senior at the University of Texas at Arlington. Her university is set to offer a “hybrid” of online and in-person classes for the first half of the fall semester, followed by online-only classes after the Thanksgiving holiday, in late November.

“I am worried about my health,” Sunuwar told The Record. “Covid-19 cases in Texas are rising rapidly. I’m ready to take in-person classes, but most people here don’t even wear masks. What if I catch the virus?”

Sunuwar is concerned that post-Thanksgiving, when classes are set to all be online, she will be forced to leave the US. The ICE regulations state that even if fall semester begins with in-person classes, if a switch is made to online-only classes, international students need to leave the US within 10 days of the change.

The University of Texas at Arlington, like most colleges across the US, is charging students full tuition despite many services, including the library, being inaccessible to students.

“They gave us refunds for parking fees, which was like 75 dollars,” Sunuwar said.

In June, the American federal government issued a Coronavirus Aid, Relief and Economic Security (CARES) grant through which many students who were US citizens were eligible for grant money to deal with difficulties associated with navigating the pandemic. International students were not eligible for these grants, which meant that despite paying higher fees in some colleges, they had little institutional support. A student at a college in New York state noted that the cost for traveling back and forth between the US and Nepal amounts to over Rs 400,000 in airplane tickets alone, a contingency that many Nepali students, especially those with significant financial aid, do not have the means to prepare for.

Shashwat Maharjan, 20, is a rising junior studying Mechanical Engineering at Central Michigan University. Since the Covid-19 case load in Michigan is currently comparatively low, Maharjan believes that the hybrid model of in-person and online classes is relatively feasible. He is worried, however, that if cases rise in the middle of the semester and he is required to leave the country, his education will be severely impacted.

“You can’t do engineering courses properly online. There is also the factor of the large time difference and unreliable internet connection—we’ll have to take classes at 1 am in Nepal,” Maharjan said.

Like students, many administrators and faculty members at colleges, too, have been trying to navigate the pandemic the best they can—20-year-old Sweksha Sharma, a rising sophomore at Agnes Scott College in Georgia, said that her professors have tried to make online classes as easy to attend as possible.

Read also: Nepali students in the US tread on thin ice

“My online classes haven’t been at mandatory times. We could take them on our time and send professors Google Docs with questions related to the recorded lectures that they made available,” Sharma said. Nevertheless, with the college having a small international student population, Sharma has often felt like an afterthought in many open house discussions about the college’s plans, having to repeatedly ask what options were available for non-citizens.

While the ICE regulations are most clearly going to impact undergraduate students, who must have a full course load every semester to maintain their visa status, what the impact will be on graduate students is less clear. A PhD student at the University of Iowa said: “For graduate students, there are a lot of one on one meetings with our advisors. As long as advisors are willing to vouch for us, I think we’ll be fine, so we might be a little less scarred than the undergrads, but we really don’t know.”

Many graduate students rely on TAships, where they teach undergraduate students, for their incomes, and they are worried about how the ICE regulations will impact their stipends. A PhD student at the University of Michigan said that he was in discussions with the graduate student union and international student office to try to figure out what the ICE regulations mean for his livelihood. An international student advisor at a college in Massachusetts said that the impact of the regulations on Masters students is likely to be especially severe, since due to the shorter course period, the requirement to leave the country will interfere with their ability to apply for post-graduation work visas.

Since the regulations are somewhat vague--in that, they do not specify what an in-person class might entail--some on Twitter have suggested loopholes and workarounds, such as 1-unit, in-person, socially distanced, student-run classes, through which international students may be able to maintain their visa status. But according to a professor at a US public research university, these ideas may be far fetched.

“The problem is that even as a white, tenured, US citizen professor, I could be fired for doing them [the workarounds], and students could be deported” she said. “We can think of illegal workarounds that would have negative consequences if discovered. [We’re] now looking for legal workarounds as well as contacting representatives to try and get the policy changed.”

Prajjwal Panday, a professor at Nichols College, Massachusetts, said that the regulations have put some pressure on professors to offer in-person classes in the fall.

“Lots of faculty members have been saying that for international students, we will hold at least one class. But things really depend on the size of the college—large universities like Princeton, Harvard, and Georgetown had announced that they were going to go mostly online, but they have larger international student populations. With the new regulations, they are going to have to scramble,” Panday said. Panday noted that the Attorney General of Massachusetts has already announced that the ICE decision will be challenged in courts, and other states are likely to follow suit.

Before the pandemic, international students could take no more than one online class to maintain their visa status, and they could not leave the country for more than 5 months. According to the Massachusetts International Students Advisor, the flexibility at the beginning of the pandemic that allowed international students to take all their classes online came as a surprise from the Trump administration. The new ICE guidelines are more in line with the administration’s anti-immigrant stance.

The guidelines came just weeks after the administration suspended certain visas for foreign workers, causing a great deal of distress for many Nepalis. Kripa Dongol, a Masters student at the University of Colorado, Boulder, said that the sudden influx of
“#AbolishICE” stances from Nepali students in the US has come as a welcome, but belated, change.

“I don’t mean to underplay the significance of this at all, but it is a little amusing to see Nepalis saying ‘abolish ICE’ now with these regulations when ICE has literally been putting children in cages for years,” Dongol said.

For many Nepali students, the new regulations have been a source of deep disillusionment with the idea of America and its possibilities.

“It has made me rethink a lot of things,” a student from a college in the Southeast told The Record. “Coming from Nepal, I think a lot of us have this idea of the United States as a developed country, but I don’t know if I want to stay in a place that doesn’t value me at all.”

The US embassy in Nepal and the Nepali embassy in the US have not responded to requests for comment at the time of publication of this article. Some interviewees wanted to remain anonymous due to concerns about their visa status and pushback from institutions.