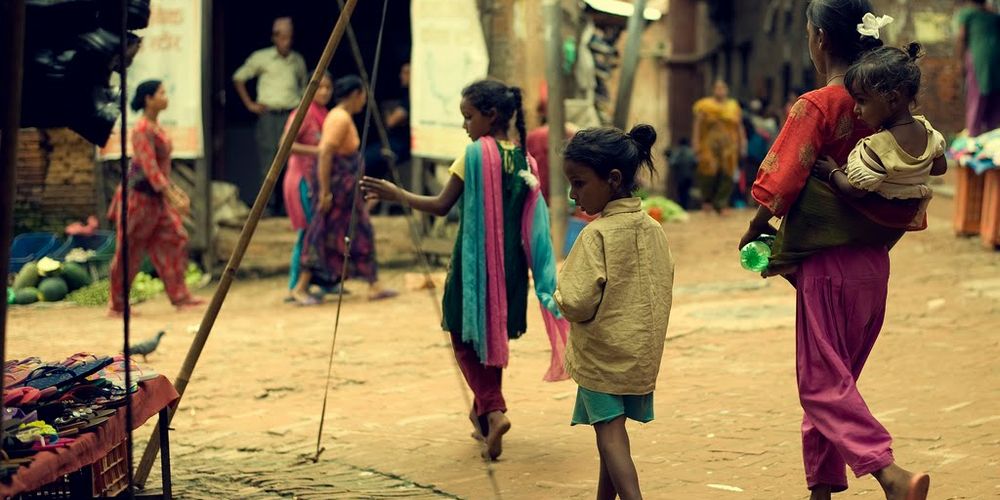 If you can forgive the exaggerated claims, overlook the selective evidence, and put up with the snark and bombast, you will see the monumental task William Easterly has undertaken in his new book The Tyranny of Experts: Economists, Dictators, and the Forgotten Rights of the Poor. It is nothing less than to reinsert Hayek’s argument into the current debate in international development.

Easterly’s claim is simple: in the long run, societies that respect economic and political freedom—the freedom to choose your occupation, move from one place to another, enter into mutually beneficial trade, keep the rewards of your labor and do with it what you want—prosper. Why? Because only under a system that guarantees political and economic freedom can the market fully flourish. Conscious planning by technocrats is often offered as a superior alternative to the market. The market can and should be guided to efficiency, the argument goes. But this is misguided. Planning can never aggregate knowledge and information as efficiently as the market. The best and least costly solution to a problem is chosen in the market as a result of the choice of self-interested consumers; individuals and firms have an incentive to search for the solutions because they can keep the rewards of their effort. The virtuous loop is closed of its own accord. Planners can never outdo the market because they never fully know the problems and the best solutions, and they do not face any real consequences of their decisions.

The belief that there is a right way to “do” development and that it is up to experts to find and execute it is what Easterly calls the “tyranny of experts.” He scolds Western governments, international organizations, aid agencies, philanthropic and humanitarian organizations, NGOs and INGOs, and even earnest individuals for thrusting this tyranny on poor countries. The faith in expert-led growth, Easterly argues, is not only misplaced, it is harmful. Giving more power to the state is dangerous because sooner or later it abuses the power and the violation of individual freedom will be overlooked when the focus is on growth.

Easterly faces strong headwind against his argument and he knows it. The largest and fastest reduction in poverty in human history occurred under an autocratic regime in China, and the global financial crisis has left the liberal democracies of the West looking extremely vulnerable. He musters his best empirical evidence to dispel the notion that benevolent autocrats are better than democracies for growth. He also reminds us of our cognitive biases: our poor ability to assign probabilities to events, the tendency to focus on recent events, the propensity to seek pattern in random data, and the psychological need to ascribe agency and intention to random outcomes. But one thing we also know about biases is that they don't go away easily. Like optical illusions, they cannot be reasoned away. Even if Easterly’s arguments are airtight, they labor and strain to hold their own against the zeitgeist.

That’s the core of the argument. Now the quibbles.

In the season of unequivocal pronouncements on the cause of economic development (Jared Diamond’s geography, Acemoglu and Johnson’s institutions) Easterly adds another chapter: individual rights. A normative argument—the state should respect the economic and political rights of all individuals—would have been sound enough. A positive statement—“the real cause of poverty [is] the unchecked power of the state over the poor people without rights” and “poverty is really about shortage of rights”—is an unnecessary overreach. “Development as freedom” is one-upped with “development because freedom.” Epistemic certainty of this proportion does not suit the crusader against the tyranny of experts.

A central thread in Easterly's narrative is the West's recognition of economic and political freedom for its own citizens while ignoring the rights of “the rest.” Libertarians, whose intellectual tradition Easterly borrows from, would hardly agree. It is telling that Hayek's most important work, The Road to Serfdom, was written because he thought there was too much “planning” in Britain and the United States in 1944! In fact, Easterly’s claim is more qualified than the “tyranny of experts.” He is comfortable with planning as long as the political market is functioning: politicians who supply the social goods demanded by people are rewarded by reelection and those who do not get voted out. He is against the experts who are divorced from knowledge, competition, and incentives, the disciplining forces of the market. Such experts offer boilerplate solutions because they are unaware of the problems in their grittiest detail, overconfident of their knowledge, and have no “skin in the game.” But I forgive the author; “The Possible Tyranny of Experts” is hardly a title to drum up book sales and speaking engagements.

It is amusing that Easterly completes a narrative of the West's rights-led development without touching upon historical events like European migration to the New World, colonization, and slavery. Didn't Europeans enslave one race of people to work the continent usurped from another? Didn’t European powers extract untold wealth and resources from their colonies? This history may not explain all the prosperity in the West, but surely it must feature in a narrative of the West's rise due to its respecting individual rights.

The book is remarkably naive about the public diplomacy of aid. Countries give and receive aid for all sorts of reasons: to solidify alliances, strengthen ties, and signal counterbalance. Surely the purchase of loyalty wasn’t invented in the twentieth century. Then there might be situations where cutting all aid and ties with an autocratic regime may push it toward more brutality, where disengagement and isolation might have worse consequences. At times, the threat of cutting aid can be a powerful weapon against autocratic regimes. Easterly equates providing aid to an autocrat to unequivocal support of the autocrat. In his world, there is no room to praise a leader in public and pressure reform in private. If only diplomacy was so black and white. A book on the harm done by aid cannot be complete without acknowledging these complexities.

Despite the quibbles, The Tyranny of Experts is an eminently readable book peppered with anecdotes, insights, and humor. Particularly enlightening is the early history of the aid industry and how its course was shaped by a few people. The author’s regular readers will see that his transition from a sincere researcher with seeds of skepticism (The Elusive Quest for Growth) to disillusioned veteran (The White Man’s Burden, Reinventing Foreign Aid) to an “outsider” is complete. Easterly continues to delight himself in taking on and dismantling the sacred truths in development with wit and moral suasion. Unlike the self-help books on aid and development, the how-to-make-aid-work-better variety, The Tyranny of Experts leads a charge against the existence of aid itself. Anyone who is interested in development must read the book. I hope they just don’t stop there.

The Tyranny of Experts: Economists, Dictators, and the Forgotten Rights of the Poor is published by Basic Books, New York.

Leaving no one behind

The central promise of the UN’s Sustainable Development Goals is to ‘leave no one behind’. But with just eight years left to achieve the target and local participation still minimal, is the UN pledge achievable?

The government’s plan to offset the trade deficit by exporting sand and gravel will lead to irreversible long-term ecological and socio-economic damage to the environment.