The Nepali economy is going through a liquidity crunch. The Record explains just what that means. 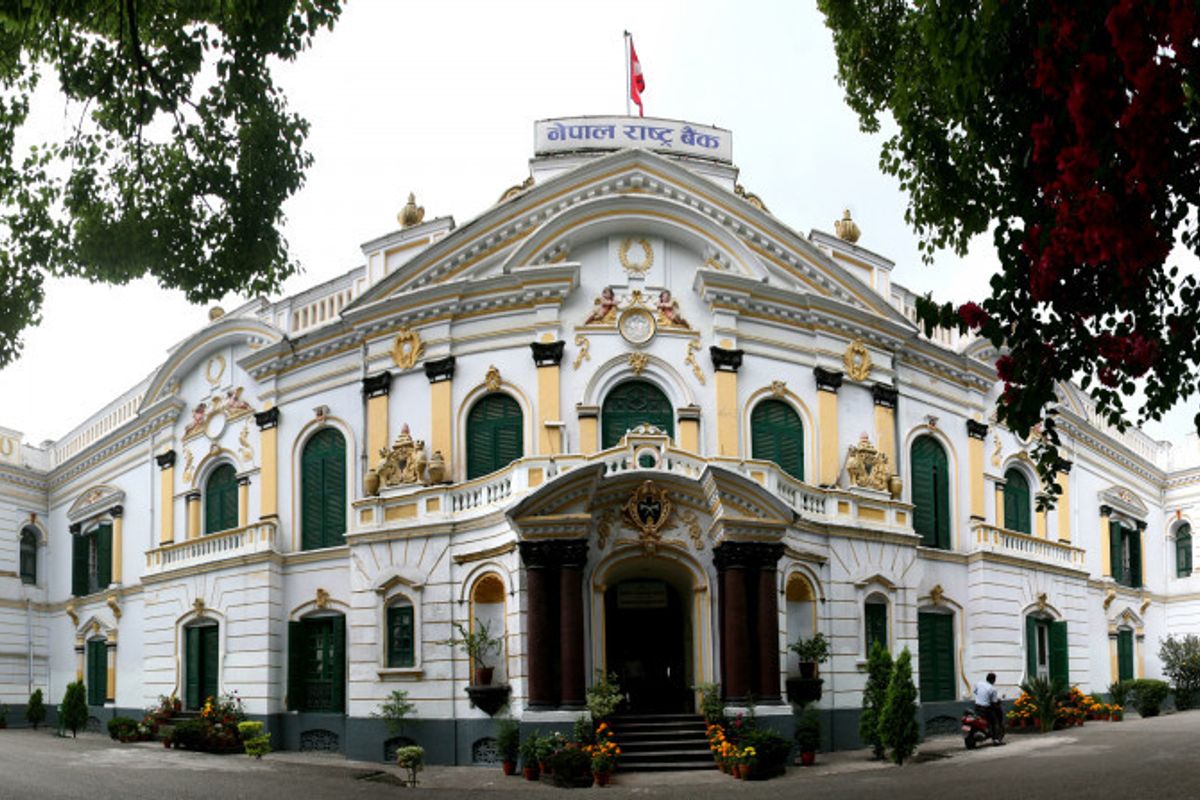 Sometime around mid-October 2021, interest rates for fixed deposits within banks and other financial organizations skyrocketed from 9.5 percent during the start of the fiscal year to as high as 11.67 percent. For the average Nepali, higher interest rates on bank deposits are always welcome but banks willingly increasing the rates shows that there is something more complicated happening behind the scenes. Now, a few months later in January 2022, interest rates have not fallen, signaling that whatever led to the rise has not gone away.

Here is The Record’s attempt to explain what exactly is going on with the Nepali economy in terms that an average Nepali who is not well-versed in finance can understand.

What is going on?

There is a lot of economic jargon that could be used to more accurately explain what is happening, but for laypersons like us, a key concept to first understand is the term ‘liquidity crunch’. According to Avish Acharya, manager of finance at Laxmi Bank, the term refers to a condition where banks do not have enough cash.

“While banks not having money might seem very strange, we need to understand how the economic process works. When we deposit money in banks, they use that money in lending, financing imports, and more. But during this process, the money can flow out of the system, through processes such as exports, causing cash reserves to deplete,” said Acharya. “This does not necessarily mean that banks are about to go bankrupt; it just means that at this point in time, banks in Nepal are running low on loanable funds.”

A report by Nepal Rastra Bank’s (NRB), which was based on data till mid-September of the 2021/22 fiscal year, indicates that there was indeed a shortage of cash in the national market. The ‘liquidity’ in the term ‘liquidity crisis’ refers to cash, money that can be circulated through the economy.

This is part of the reason why interest rates in banks have gone up in the past few months. Right now, banking and finance institutions (BFIs) are counting on higher interest rates to encourage more cash to flow into the national banking system.

Economist Saurab Man Shrestha, who works as a program specialist for the Institute for Integrated Development Studies (IIDS), too confirmed that the current state of the Nepali economy could be attributed to a shortage of cash.

“There should always be a balance between demand and supply. When they do not match, prices either go up or down. When demand exceeds supply, prices shoot up,” said Shrestha. “In this context, the ‘price’ of money is the interest rate. Since right now, there is a greater public demand for money as opposed to its supply, it is understandable that interest rates have gone up.”

But if banks do not have the money, where is it?

There are multiple answers to this question. Individuals such as you and I can directly access the funds that the banking system has, at least in theory. This is access achieved through commerce, interests, loans, and investments. But the funds that the government has stocked up outside the private banking system, no one has access to. These government funds have been collected or borrowed through things such as government bonds, treasury bills, and taxes. This is one way that money flows out of the banking system that the public uses day in and day out.

Another way money goes out of the system is when we import goods. Essentially, we as a nation are dipping into our financial reserves to pay for imports such as petroleum, vehicles, consumables goods, raw materials, and much more.

Yet another factor is increased investment in immovable property like land or gold. For many Nepalis, investments of choice are still land and gold, which ‘fix’ the cash into assets that are less liquid, i.e., assets that cannot be easily converted into cash without affecting its market price.

Why is this happening?

The short answer is that a liquidity crunch is happening because cash is not flowing in the economy as it normally should. The more long-form answer is much more detailed. Shrestha believes that there are a few ways in which the cash flow is being held up.

“One reason behind why the cash flow is stagnant could be because money has been held up in savings. But I don’t think we have a lot of savings in our economy. If there had been savings, it would have come up as deposits, given how high the interest rates are,” he said.

According to the Nepal Economic Forum, the monetary policy for the current fiscal year extended loan and interest repayments by one year for sectors affected by the Covid-19 pandemic, like the hospitality industry, transport, education, and entertainment. The extension of the deadline could’ve led to declining deposits in banks.

This stagnancy also has a lot to do with our capital expenditure, or more accurately the lack thereof. Ideally, the country would’ve made use of the allocated capital budget to mobilize and achieve its development goals. This spending would not only result in the creation of infrastructure such as airports, highways, and hydropower stations, but would also mean that cash reserves with the government would naturally trickle back to its citizens. Unfortunately, Nepal has continually fallen short of its capital expenditure goals. In the previous fiscal year, the country barely managed to spend 50 percent of its allocated budget for capital expenditure. The pandemic has only further increased this burden, leading to cash being held up with the government rather than flowing naturally into the economy. This time around, in the first five months of the fiscal year, only about 6 percent of the allocated budget has actually flown out of the system.

“Had this money been spent like it was intended to, the government would’ve hired contractors for development projects, who would’ve then used the money they earned to pay back loans to banks, thus injecting cash back into the banking system. However, since this money is just lying there with the government, this cycle hasn’t been taking place,” said Acharya.

Additionally, Nepal has continually been an import-heavy nation, with our imports far exceeding our exports. But a balancing, or at least minimizing, factor had always been what we managed to rake in through remittances. Regrettably, this too has been going down. During the first four months of the current fiscal year, remittances declined by 7.5 percent in NPR terms, according to Nepal Rastra Bank.

This, in turn, has meant that Nepal’s foreign currency reserves too are declining.

What is being done about this?

One of the first things that Nepal Rastra Bank did was to put out a directive regarding how much of their cash reserves can private banks actually mobilize. Essentially, this meant that private banks were not allowed to dip into their capital reserves but could loan out a larger percentage of their deposits.

This, however, is not a permanent directive. Narayan Prasad Pokhrel, deputy spokesperson at Nepal Rastra Bank, said that the central bank had already asked BFIs to bring their credit-to-deposit ratios under 90 percent by mid-July 2022. He believes that if the credit-to-deposit ratio were to go lower, banks could extend more to the economy.

Previously, NRB had also issued a directive that allowed banks to tap into 80 percent of deposits made by local governments in the private banking sector. The two schemes hope to inject more than Rs 140 billion into the banking system.

Will a lack of cash in the economy lead to more inflation?

The lack of cash is not expected to affect inflation, as inflation is related to an excess of liquidity, not a shortage.

“If there is an excess of liquidity, which is not absorbed then there will be an inflation surge. The goal is to control inflation,” said Pokhrel.

However, a six-and-a-half percent inflation rate is to be expected.

“Nepal’s rate of inflation is heavily dependent on our trade with India. India has an inflation goal of 4±2 percent. Since over 60 percent of our trade is with India, if India succeeds in their inflation goal then we will certainly benefit too,” he said.

At the same time, in an effort to minimize cash outflows via exports, NRB has also issued a directive to banks to curtail imports. The directive requires importers to have 100 percent of their cash margins deposited into banks for the import of certain items. Pokhrel said that the idea was to not ban imports but rather to control it. He also assured that this directive is not something that is here to stay, and that the circular will be discontinued once the economic situation has stabilized.

The government has also reduced the amount of foreign currency that Nepalis traveling abroad can carry – from USD 1,000 to USD 500 – and has also stopped issuing import licenses for a number of commodities such as betel nuts, peas, and dates.

What does this mean in the long term for the Nepali economy?

Nepal occasionally faces a liquidity crunch so this is not something wholly unexpected. Like in previous years, the Nepali economy will eventually stabilize. However, to prevent this situation from recurring, the economy requires structural changes. According to NEF, the “root cause of Nepal’s liquidity crunch, which is an excessive dependence on imports and remittances, needs to be addressed.” The government must work to prioritize domestic industries to offset Nepal’s unhealthy dependence on imports and create more employment opportunities at home so that the economy will not as be reliant on remittances.