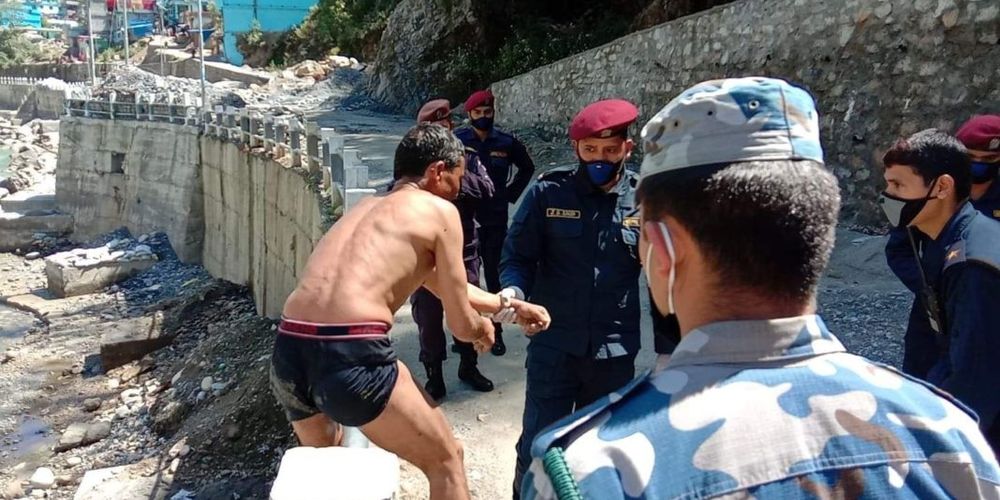 It’s spring – the sky is blue, and the winds are slight. You hear the hens and the sparrows – the rest you do not. The older generation of elite Nepalis is getting nostalgic; they say this weather, the state Kathmandu is currently in reminds them of the city from the late 70s. It is indeed pretty, quiet and peaceful. But it is not the time for that.

As much as Kathmanduites love how the city ‘feels’ and ‘looks’ from their terraces, Kathmandu should not look like it did in the 70s. No city in the world should look like it did 50 years ago. Only the privileged can afford this nostalgia. The rest need this city to get back on its disagreeable feet and keep moving.

In the past three decades, Nepal has grown up under indefinite bandhas – strikes that would halt the city for days and weeks. For most of this time, there was somebody to blame for the bandha. This time around, as the country heads into a potential third week of nationwide lockdown, there is no one to blame. It is a state-sponsored bandha and we all support this; we have to. There is no alternative to it—any attempt to breach it might lead to arrest or punishment. However, even after years of bandha culture, this feels different.

First, it is non-partisan, and second, because it is non-partisan, many perceive this to be an apolitical bandha. Apolitical also because the Virus is said to be all-encompassing but non-discriminatory. This bandha might slow down the rates of infection – the primary motive for the measure – but the lockdown was not called ceteris paribus; it was called in a deeply unequal society. And thus, while the Virus itself might be all-encompassing and oblivious to colour, class or gender, this lockdown is impartial and biased. In fact, the lockdown exacerbates these inequalities – inequalities perpetuated by unchecked capitalism and deep-rooted patriarchy.

The ‘apolitical’ Virus emerged so strong that it slowed down the ever-expanding hands of capitalism, partially stalling capitalist modes of production. This interruption affects everyone but creates disproportionate effects. Some may have lost their profits, and others cannot go to work every day, but many who do not have voices in society are losing their means of subsistence. Aside from the human lives lost, how do we measure this suffering of not being able to eat? Of fighting with hunger? For many, it becomes easy to read about the Virus itself – but easier to overlook the everyday consequences of it. We stay ‘home’ and we stay put.

It is often said that home is where the heart is. But what if a bustling city like Kathmandu neither has one’s heart nor one’s home? What if one is here only to eke out a living and remit some savings back to the village, where both home and heart are? Or what if Kathmandu has one’s heart but no home? What if one sleeps in an overcrowded room? Where do you lock yourself down?

The Virus has proven stronger than the government. The only option left for the government that was dreaming about a rosy Visit Nepal 2020 and a baseless ‘corona-free zone’ rhetoric was to shut its doors so that the Virus wouldn't enter. For the government, the fear of the Virus was greater than any right of a Nepali citizen. Zoom into major border checkpoints with India and observe the way Nepali migrants from India are stranded at the border, barred from entering their own country. Maybe some of them carry the Virus, maybe no one has the Virus, but the duty of the state is to let people come home first. Maybe the government is afraid of the Virus, or maybe it is more afraid of its own incompetence and incapability.

We cannot bluntly blame the Virus for the crisis at our doors. It neither understands capitalism nor social security. Unfortunately, neither does our ‘communist’ government. This pseudo-communist government understands the free-market better than a universal healthcare system because the free-market serves the government and its cronies better. They have corrupted the system in their favour. The government has shown that it does not care about its citizens and ignores those who cannot help in its capitalist ambitions. They are either confined in their homes or locked out from their homes. Here, pseudo-communism thrives under capitalism and shivers in a crisis that calls for increased social benefits.

Even if the pseudo-communist government has given up on its socialist dreams, certain sections of Nepali society are able to see class implications of a lockdown and thus there is a consensus that if the situation is undoubtedly bad for salaried workers then the situation must be far more precarious for daily-wage workers. While class might be visible to some, women have once again become invisible. So perhaps, while the Virus does not seem to see gender or patriarchy, Nepali society continues to put a blind eye on either. If the situation were different, we would be having conversations about working mothers too.

Men may contribute to reproductive work in the domestic realm to upload posts on social media. But given our social structures, many might fear a crisis in their masculinity if they choose to do more than post the photos of food their wives make on their feeds. Rather, it would be easier for them to overburden the women in their households with domestic work. With all the family members now locked inside their houses, women are forced to spend more time doing domestic work.

A salaried man is financially secure in this lockdown, but for a working woman, it is far more complicated. She might have to rush for her 9 am meeting via Zoom and simultaneously finish cooking the morning meal and keep her child busy with legos, while her husband might be comfortably seated on the couch, ready for his meeting. Women’s domestic labour has always been unpaid. With this lockdown, women will continue to serve their families for free while their labour is taken for granted.

Again, this is not the Virus’s fault. Through generations, patriarchy and unchecked capitalism have made systemic violence permissible in Nepali society. These fault lines are not new, but every crisis compounds existing inequalities. The Virus itself might not discriminate against a fractured Nepali society, but the policies required to contain it do. If Nepal’s other crises are any indication, the recovery will be even more discriminatory.

Anna S. Gautam  Anna works as an analyst to support local governments in Nepal. In her free time, she bakes her own bread.

Sanjay Sharma  Sanjay is a PhD candidate at the National University of Singapore. His research looks at Gurkha militarization and migration from a gender perspective. He tweets @khetaarey.