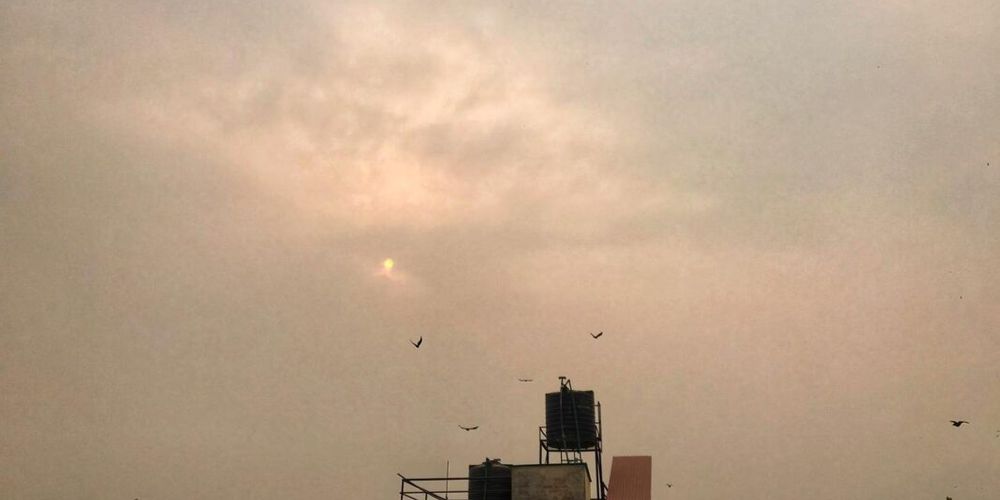 We humans seldom give much thought to what we breathe. We take for granted the air we pull into our lungs. Normal clean, pure air consists of 21 percent oxygen, 78 percent nitrogen, some water vapor, and small amounts of argon, carbon dioxide, and methane. But Kathmandu's air, particularly its winter air, brings with it many other substances; the most dangerous of which are called ‘particulates’. With every breath, we suck these small, silent, slow killers into our bodies.

Particulates are tiny bits of toxic matter suspended in air like water in a cloud. They can be solid, liquid, or a combination. They are generally not one thing, but many things, a “mixture of mixtures” -- soot (black carbon), water vapor, metals such as aluminum, iron, manganese, or zinc, and compounds such as silica. The particulates come from specific human activities but also emerge when pollutants already in the atmosphere react and combine.

Particulates are miniscule, much smaller than a dust particle. PM2.5 particulates are 2.5 micrometers, or microns. A micron is one-millionth of a meter, or one-thousandth of a millimeter. Its abbreviation is μm. Twenty five PM2.5  particles put side by side add up to the width of a human hair, about 70 microns.

Particulates are so small we need an electron microscope to see them. With the naked eye, we can't see them unless millions cluster together in a hazy cloud, darkening the sun's rays. Unfortunately, that's not unusual. Particulates are to blame for the haze that often blankets the Valley.

For a long time, I'll admit, I didn't understand the digital displays around Kathmandu that flash air pollution numbers. What is PM2.5? What's an μg? I understood m3 but μg confused me. Only while writing this article did I learn that μg stands for micrograms, or one-millionth of a gram (or one one-thousandth of a milligram). Modern life requires us to get our heads around and into whole worlds not just bigger but also much smaller than the eye can discern.

PM2.5  densities of 100-150 micrograms per cubic meter pose health risks to people with asthma and other health conditions. PM2.5  densities of over 150 ug/m3 endanger even healthy people. In January and again last week, Kathmandu's pollution meters jumped to over 600 ug/m3, the highest rating in the world at the time.

Much of what happens when we breathe in Kathmandu's toxic, soupy air depends on the particle size -- and on our age.

Some particulates are big or ‘coarse’ while others are small or ‘fine’. And yet others -- the ‘ultrafine’ particulates -- are infinitesimal. Coarse particulates, which include much of Kathmandu’s dust, stretch over 2.5 micrometers (or 2.5 one-millionth of a meter). These are ‘big’, relative to other particulates. They often get caught by cilia -- the thousands of tiny hair-like strings that sweep out the body's insides -- in the nose, throat, or lungs.

Fine particulates smaller than 2.5 micrometers (known as PM2.5) penetrate deep into the lungs' lower branches, often digging into and tearing the walls of our body, like bullets in flesh. The cilia, outnumbered and overwhelmed, can catch and sweep out only a few of these tiny invaders.

The ‘ultrafine’ particulates cause the most damage. Less than 0.1 micrometer wide, they zip past the cilia and jump through one of our 480 million alveoli -- the single-cell-thick gateways between lung and artery -- into the body's bloodstream.

Over time, these particles -- these ‘mixture of mixtures’ of soot, water, metals, and silica compounds -- build up and clog our arteries, just as cars and trucks clog Kathmandu's streets, blocking blood flow to the heart. Arteries clogged with particulates can cause chest pain, irregular heartbeat, a weakened heart, or even a heart attack.

“The impact of air pollution on health isn’t limited to respiratory infections,” notes environmentalist Bhushan Tuladhar. “It is a leading cause of heart diseases and strokes.”

No one faces a bigger threat from particulates than children, especially young children. Air pollution's heaviest burdens, the World Health Organization notes, fall upon society’s ‘smallest shoulders’. This is because children breathe in and out more frequently than adults, and they inhale air from closer to the ground, where toxic chemicals concentrate. Also, unlike adult bodies, young people's bodies are still growing and developing, and thus particularly sensitive. Our lungs grow until we are 20 years old. They grow particularly rapidly when we are very young, below 5-8 years old. That puts little kids at particular risk. Early lung damage, the WHO warns, is often “irreparable”.

“A newborn born in a polluted city becomes a smoker from day one of his or her life,” says Dr Arvind Kumar, founder of the Lung Care Foundation, Delhi.

Pollution, he says, is “killing our children.” It's reducing their IQs, degrading their lungs, and even causing cancer. It often brings on pneumonia, a big killer of young children.

Older people, too, face heightened risks because of the particulates in Kathmandu's air.

This week's pollution crisis in Kathmandu owes to wildfires across the country. But experts agree that, in the long term, the Valley's regular sources of particulates -- brick kilns, poorly maintained motor vehicles, and open burning -- pose a bigger threat to its residents, young and old.

Tom Robertson  Tom Robertson, PhD, is an environmental historian who writes about Kathmandu and Nepali history. His Nepali-language video series on writing, 'Mitho Lekhai', is available on Youtube. His most recent article, 'Centennial of hunting diplomacy in Nepal’, appeared in the December 14 edition of Nepali Times.

Climate change adaptation is not just a matter of flood-tolerant seeds and solar water pumps; it is about crushing age-old structural injustices.