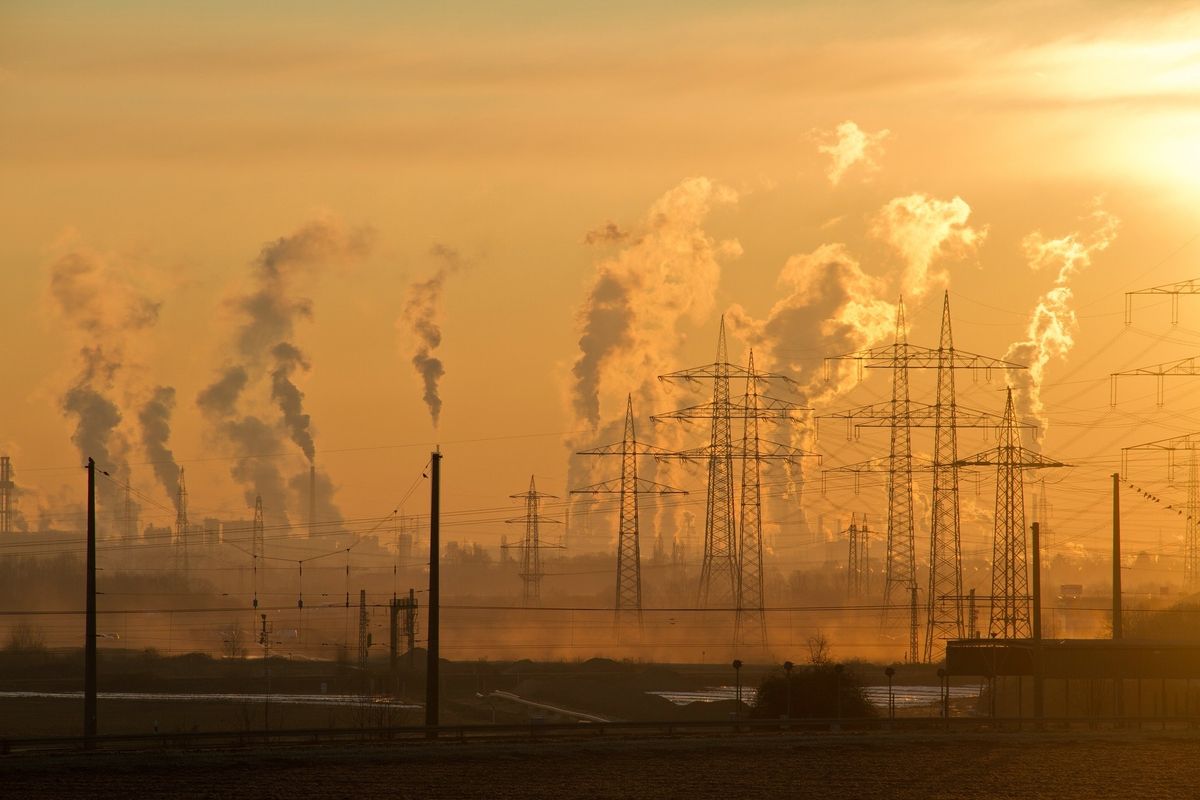 A familiar haze of dust, smoke, and particulate matter fills the Kathmandu air this week. Throughout Tuesday and Wednesday, air quality in the valley deteriorated to qualify Kathmandu among the top ten most polluted cities in the world, as determined by Swiss air quality monitoring company IQAir.

As of this writing, the air quality measure stands around 150 AQI, just under the ‘unhealthy’ range where Kathmandu’s air persisted until yesterday. Also troubling is the city’s fine particulate matter or PM2.5 — which measures the concentration of tiny particles in the air that reduce visibility and make breathing difficult — at 52.7 micrograms per cubic meter (µg/m3), over ten times higher than the WHO air quality guidelines’ recommended level of 5 µg/m3.

Reports state that Kathmandu’s worsening air quality is a result of unusually dry spring air owing to very little rainfall around the valley in the last few weeks. Emissions from factories, brick kilns, vehicles, construction work, and garbage burning have added to the air’s particulate concentration. Unhealthy levels of AQI measures have stayed on throughout the week with no rain or strong winds to shake particles from the air. The national Department of Hydrology and Meteorology and international forecasts both predict some light rain may be in the cards later this week, which will improve the air for the time being.

Last year’s winter and spring saw several non-consecutive episodes of Kathmandu’s air quality reaching hazardous levels, even prompting schools to be closed for a few days. This time last year, smoke in the valley air briefly ranked Kathmandu as the most polluted city in the world. Springtime atmospheric conditions trapped pollutants inside the valley bowl causing flight delays and cancellations owing to low visibility. Last year’s record wildfire season made for a fitting scapegoat to blame the air quality on. But that may perhaps have inadvertently shifted the discourse away from the matter of policy and enforcement.

Five Nepali cities made it to the list of Asia’s most polluted urban centers. In order of PM2.5 measure, they were Siddharthanagar, Kathmandu, Pokhara, Dhankuta, and Kirtipur. The report also found that no country in the world managed to uphold the WHO’s air quality guidelines. Kathmandu was joined by Delhi, Dhaka, N’Djamena, Dushanbe, and Muscat in the list of the world’s most polluted capital cities, each with PM2.5 concentration above 50 µg/m3.

The last few decades have been eventful for Nepal in ways few countries in the world can claim. It has seen radical political shifts, natural disasters, public health crises, structural economic changes in its economy, and persistent inequities across social dimensions of caste, gender identity, indigenous status, sexual orientation, landlessness, and physical and mental disabilities. Yet, the topic of air pollution has stayed in public consciousness through it all. With observably worsening breathing conditions, increases in respiratory illnesses, and widespread media coverage, Nepal’s urban air quality has worsened with time.

The government has introduced several policies targeting pollution, sanitation, and environmental concerns that directly reference air pollution over the decades. Since the introduction of the federal framework that came with the promulgation of the currently governing Constitution, policies targeting pollution have been rolled out at the national, provincial, and local levels. The most ambitious ones include the Environmental Protection Act 2076, National Climate Change Policy 2076, Urban Health Policy 2072, and the National Health Policy. Nepal has also been active in the formulation, revision, and knowledge sharing proceedings of its Nationally Determined Contributions, the country’s self-determined targets aiming to reduce carbon emissions and adapt to climate change impacts as part of the UNFCCC Paris Agreement. Yet, despite all this, the country’s air quality has consistently worsened.

The problem exists in both policy formation and enforcement.

Prohibitions outlined under the Act include:

Outcomes associated with these policies are not measurable in any meaningful way beyond anecdotal observations and rhetoric. Despite the widespread availability of accurate real time air pollution data, including IQAir’s own open source database, many environmental policies do not delineate exact AQI/PM targets. Not only does this result in difficult measured enforcement of well-intentioned policies, but it also reflects the country’s slow adaptation to the increasingly data-driven world of environmental monitoring, perhaps providing a window into why we are struggling to meet our Paris Agreement targets.

The question of timing is also crucial here. Air pollution is a year-round issue in the country, especially in Kathmandu, but it only really seems to capture our attention when air quality dips to dangerous levels in the winter and early spring. Come April, most of us either forget about air pollution as the topic makes way for more pressing concerns.

A recent story on Delhi’s air pollution woes featured in the Third Pole took it further to introduce a worrying new dimension to the aforementioned policy challenge of timing. It said: “Even if we do every single thing right, we are going to need a time horizon in which we will see air quality begin to improve.” Given how historically and culturally ingrained the behaviors that contribute to dirty air are among its residents, this is surely the case with Kathmandu as well.

Evidence from the United State’s Clean Air Act 1970 found that, in most cases, it is safe to assume a timeline of at least a decade for even the most aggressive policies to begin reflecting long-term positive change. Let’s take Nepal’s vehicular emissions as an example. Smoke and gas from vehicles account for 38% of pollutants in Kathmandu. The number of vehicles on the road is increasing at a staggering annual rate of 22% a year. While annual emission tests are mandatory, although there is evidence suggesting green stickers can be bought, current standards are simply not enough to account for pollution from the rising number of vehicles. Even the most aggressive new revised standards will thus take at least a few years to show.

On the plus side, the Nepali media’s non-stop reporting on air quality has helped keep the issue alive in the public discourse. Similarly, the availability of open-source air quality monitoring data has allowed activists, policy advocates, and private sector actors to keep a check of emission levels. Still, as long as the associated policies and enforcement mechanisms are themselves weak, large emitters are unlikely to be held to account and Nepal’s cyclical air pollution problems are likely to persevere.

For the people living besides the Bagmati in Teku, every year the monsoon brings much devastation. And as local authorities do little to help, residents have no one to turn to but themselves.

A lot happened on the topic of climate change and the environment this year in Nepal. Here are the highlights.