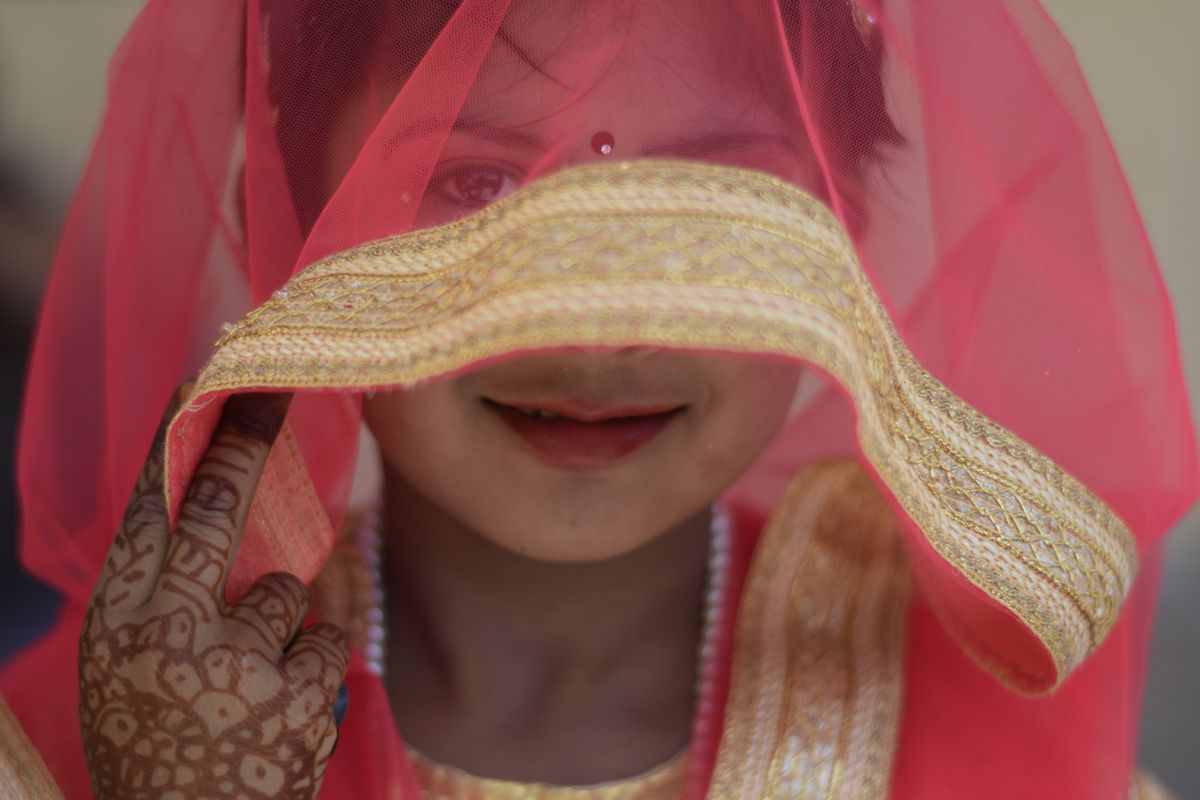 Everyone has one of more personal mental images of what climate change looks like in their minds. One might imagine scenes of high-tides carrying floods across coastal cities, torrential rains sweeping healthy agricultural communities, or dry, evacuated, arid land devoid of its once-plentiful moisture and nutrients. For me, the strongest images include one of an orange-tinted hue of ambient air pollution and another of a high-altitude glacial lake outburst. Can you tell I live in Kathmandu and work in climate change research in the Himalaya?

It is entirely understandable that the mind goes to extreme weather events when discussing the climate crisis. Large bodies of scientific literature link observed temperature increases attributed to human activity-caused global warming with increases in extreme weather events around the world. Research in climate change communication has found that the mainstream media is more likely to report disaster events as compared to other observed effects, which can sometimes be less intuitive at first glance. In my last column for The Record, I wrote about the growing fingerprint of climate change in the determination of Nepal’s domestic and international migration flows – both with respect to displacement caused by weather changes as well as other endogenous socio-economic factors. Perhaps the images associated with climate change for many Nepalis then include scenes of packing up and leaving one’s ancestral homes and communities.

For more and more girls in Nepal and across parts of Asia and Africa, the most palpable manifestation of climate change may be the image of “a baby in their arms as they sit watching their friends walk to school.” Investigative reporter and photojournalist Gethin Chamberlain’s landmark photo-essay titled “Why climate change is creating a new generation of child brides” was published in The Guardian in 2017, and is often credited to have brought the links between climate change and child marriage into the mainstream eye in the past decade. In his report, Chamberlain describes the modern-day emergence of a generation of child brides across African nations, as posited by research conducted by the Brides of the Sun project with support from the European Journalism Centre.

The study finds that this emergence can be directly linked with observed long-term effects of the changing climate. The underlying mechanism here isn’t too far off from the links that connect climate change and migration trends in Nepal. Recent decades have been characterized by noticeable increases in temperatures, which throw off delicately balanced local weather systems to make seasonal rainfall unpredictable, less frequent, and more erratic, triggering heavy floods. Families who rely on seasonal harvests for trade that could once afford to feed and educate several children are electing to marry one or more of their daughters off to ease their financial loads. This practice cuts off the daughters’ formal education and opens the doors to issues such as restrictions on pursuing employment, domestic violence, and coercive marital sex.

Closer to home, a 2016 documentary series titled Hidden Connections, produced by Take Part and the Thomson Reuters Foundation chronicled the stories of two young Bangladeshi girls displaced from their homes following a major flood. The film shows their families grappling with the thought of marrying the girls off in Dhaka given the uncertainty regarding food, shelter, and employment. Eventually, one of the families decides to go through with the ordeal while the other is left in two minds. Bangladesh’s natural/geographical profile and long-standing socio-economic difficulties position it on the frontlines of the climate crisis, with some analyses ranking it as the most vulnerable country in the world.

Other socio-cultural mechanisms are also hypothesized to drive child marriage during crisis periods in Bangladesh. These include families’ reliance on one-time dowry payments for financial relief and the protection of a girl’s ‘honor’ in areas with high rates of sexual harassment, leading to unwanted social speculation regarding a girl’s marriage eligibility.

As far as I am aware, the aforementioned documentary is the most widely disseminated and internationally well-known exploration of the links between climate change and child marriages through a South Asian lens. A study set in Bangladesh by Human Rights Watch interviewed dozens of married girls and found that average ages were as young as 10, with no recorded arrests despite the criminalization of underage marriages. Studies like these have inspired over four thousand youth clubs across Bangladesh to gather students regularly to engage in the discourse surrounding human rights issues, health, nutrition, and climate-change-induced child marriage. A 2017 Reuters story on such groups reports that their efforts have managed to create an organic conviction among many families that child marriages are bad for overall community health outcomes and can be resisted with community support.

Unfortunately, no such organized campaigns at scale have been mobilized in Nepal yet. The good news, however, is that there is a noticeable increase in media attention given to stories at the intersection of climate change and child marriage.

Despite marriage under the age of 20 being explicitly punishable by law, child marriages are still common in several rural parts of Nepal. Unsurprisingly, increases in instances of these marriages are associated with economic uncertainty and crisis periods, such as the first wave of the Covid-19 lockdowns in 2020. There were also reported spikes in child marriages as a result of the economic fallout of the 2015 earthquakes.

A recent November 2021 Nepali Times story chronicled increases in child marriages in the predominantly Dalit village of Muktikot, triggered by agricultural and economic difficulties following the exceptionally dry winter last year, which also saw record wildfires. As subsistence farmers continue to cope with the effects of droughts, floods, and forest fires on seasonal harvests, child marriages are likely to increase. Another recent story, published in January 2022 in the Globe and Mail spotlights these links in the drought-hit district of Bajura.

The Nepal government has committed to eliminating child marriage by 2030 and claims to have mobilized authorities across the federal tiers to develop national and localized strategies. Observed cases are highest in Tarai districts with low female literacy. The government is reportedly outfitting a large-scale awareness campaign at the center of its effort to reach the 2030 eradication goal.

Given the continued onslaught of socio-economic stressors still being introduced by the Covid-19 pandemic across the country, the 2030 deadline seems ambitious. I am also cautiously refraining from getting too optimistic about the government’s ability to mobilize the campaign at its envisioned scale, given its history of overpromising and underdelivering. Still, its efforts in publicly addressing the crisis head-on is praiseworthy.

On the flip side, I believe it is the research community that has failed to uphold its responsibility on this front. There is very little available data directly linking climate change and child marriage, despite plenty of anecdotal evidence and increasing media coverage. While following up an episode of the Nepal Now podcast on child marriage increases during the lockdowns, it was reported that different stakeholders –  community members, NGO employees, local government staff – reported conflicting accounts about instances of underage marriages in Sarlahi. Official documents of marriages were found to be missing.

Researchers of all kinds – academics, development practitioners, and investigative journalists – have a responsibility to thoroughly explore this topic. Without high-quality evidence on exactly how common climate change-induced child marriages are, it will not only be difficult to gauge the success of the government’s 2030 goals, but also risks keeping the underexplored socio-economic pathways to crisis-period child marriage open.