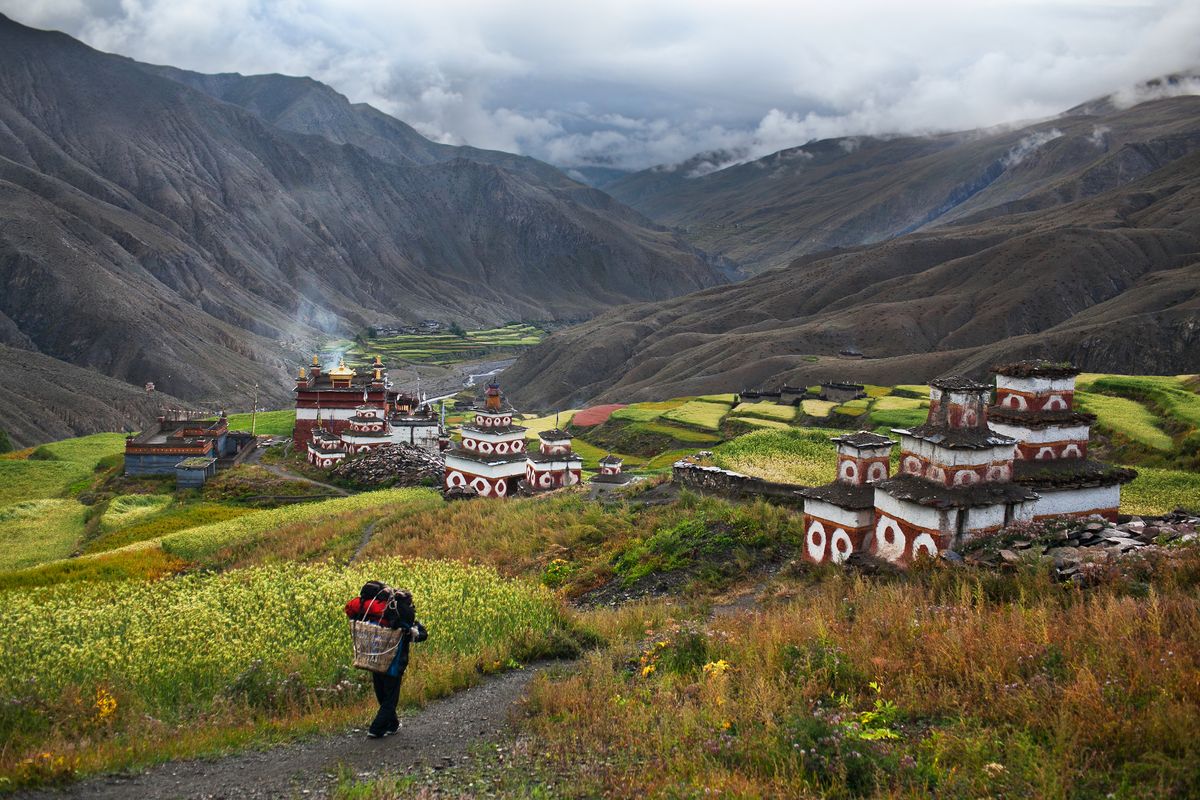 In the fall of 2018, I received a note asking me to appear at my late grandfather's home in Dolpo with a pen in hand. I arrived to find my father’s siblings, along with three other individuals. I realized that the three gentlemen were about to partition the ancestral property and I had been appointed as a neutral party to prepare the inventory under their direction.

I had been involved in a similar situation earlier, in 2017, when a woman had sought me out to settle a domestic disturbance. In both these cases, an alternative to the formal justice process was sought. Unlike the court system, which necessitates that those involved seek remedy from the district court, many indigenous communities tend to resolve disputes without requiring the parties to invest large amounts of time and effort.

Indigenous communities in Nepal have been practicing their own form of arbitration and mediation, often called arb-med, since ancient times. These forms of alternative mediation have taken the form of Tumyang in the Kirat period, Panchali in Lichchhavi, and Panchayat in the Malla period. However, many forms continue today as the Mukhiya system in Mustang, Tamudi in Gurung, Khadayanji in Sherpa, Badhghar in Tharu, Sheer Uthaune in Rai, Adaalat in Kisaan, and Guthi Sabha in the Newa community.

Alternative dispute resolution processes have also long been practiced in Dolpo. Locals in Dolpo, although aware of the formal justice system, are reluctant to file cases in court, often due to the geographical distance and the cost and time involved. A history of neglect and exclusion by the Nepali state has also led to locals not considering the courts as a space to seek justice.

Primarily guided by a religious ethos, locals see filing a lawsuit as a last resort. Dolpo society is non-litigious and the courts become a necessary evil only when all local remedies have been exhausted. However, recent inter-municipal lawsuits suggest that Dolpo people too have now started to see the courts as a forum for justice, in addition to their own traditional dispute resolution mechanisms.

In Dolpo, the final decision for the settlement of disputes formally rested with the spyi khab (Tib. སྤྱི་ཁྱབ་), or village head. As a general procedure, the aggrieved party first approaches the dpon po (Tib. དཔོན་པོ་) or sku drag (Tib. སྐུ་དྲག་) with a scarf and some goods or a little cash. The dpon po and sku drag were previously called spyi khab. The dpon po hears both sides of the story and settles the dispute by giving a decision. If the situation requires it, a chad pa (Tib. ཆད་པ་), i.e. fine, is imposed on the defaulting party. In the past, spyi khyabs would also inflict corporal punishment, sometimes extending to rigorous whipping until disfigured.

Alternatively, a third party can be invited by the aggrieved party to help resolve the dispute, much like the itinerary judges in medieval England after the Norman conquest, or in the Nepali context, Chharidar in the Malla period. The neutral party can be the village head, but also those having sufficient ground for impartiality. Essentially, elderly people are generally selected as neutral parties. Anyone who has a previous record of successfully resolving disputes will likely be called to settle more disputes in the future.

A majority of civil cases, including family and matrimonial issues, in Dolpo are settled with the help of a third party, which could either be the dpon po or another trusted member of society. Even criminal cases, like physical assault, theft, and sexual offenses, are sometimes settled through dispute resolution. Things can get complicated, however, when such local authorities decide on such serious criminal cases as the aggrieved party can choose to disregard the local verdict and go to a formal court of law. Complications arise when the decision of state-appointed authorities contradicts the decision of the local dispute resolution mechanism.

However, the new judicial committee, mandated by the Local Government Operation Act 2017, threatens to disrupt this indigenous method of dispute settlement. The local Judicial Committee, led by the vice-chairperson of the local body, has the jurisdiction to resolve 11 types of disputes using mediation and 13 through adversarial mechanisms. Yet, so far, the choice of locals seems to have remained with local methods and failing that, the courts, rather than the Judicial Committee. Locals say that judicial committees are often unaware of the roles they are required to play and are generally staffed by individuals from non-legal backgrounds without any specific training.

There are numerous issues with the judicial committees. First, whatever disputes the committee facilitates ultimately end up in the court, as an appeal can be filed against its decision. Secondly, disputants might not want to hand decisive authority over to a stranger if they have the option of getting things settled by someone they know and trust, like a village elder. Furthermore, the judicial committee adopts a ‘one size fits all’ approach that does not take into account the diversity of Nepal’s communities and their varying ways of ensuring justice.

In this context, traditional dispute resolution remains the mechanism of choice for the people of Dolpo. This indigenous method is best described as a combination of arbitration and mediation, where the spyi khyab or dpon po controls both the procedure and outcome of dispute settlement. Dolpo's traditional method, however, clashes with the Mediation Act 2012, since it does not require the selection of judges by mutual consent or the preparation of a mediation document. Yet, as these methods continue to persist and are employed by a wide range of indigenous communities, they can be incorporated into national legislation with amendments to existing alternative dispute resolution laws.

While such dispute resolution methods come with their own challenges of confidentiality, impartiality, respect, and integrity, they do provide an alternative to the costly and time-consuming results of traditional court procedures. And in areas like Dolpo, where the presence of the state remains weak, such mechanisms will continue to flourish.