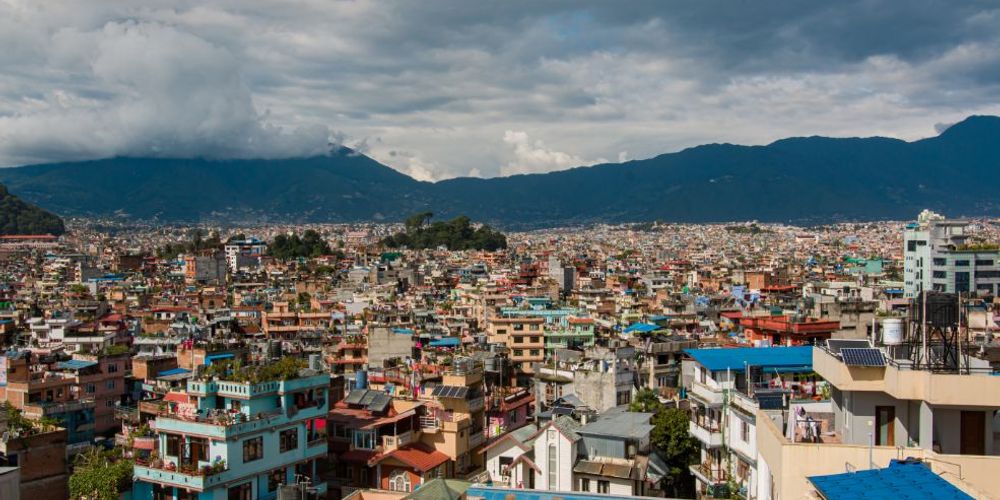 According to the Ministry of Health and Population (MoHP), the total number of cases stand at 202,329 while the death toll has reached 1,174. Half of these cases, however, were detected in the last month alone. On October 10, Nepal’s Covid-19 cases crossed the 100,000 mark. It was also the same day when the country had conducted a record number of daily PCR tests, with 5,008 — comprising one-fourth of the total of 19,320 tests — showing positive results.

Back then, public health experts had warned that the coronavirus infection could double in less than a month, although it has taken exactly a month for the number of cases to double. It is important to note, however, that the experts didn’t make a wrong prediction. Instead, the government has scaled down PCR testing. The public was further discouraged by the government’s decision to charge a fee for the test. Even frontline workers were required to foot the treatment bills themselves. Since the government’s announcement regarding these changes, there has been a significant decline in the number of tests.

On Wednesday, MoHP reported 26 deaths while only 14 deaths were reported on October 10, when the country surpassed the 100,000 infections mark and the death toll reached 614. Just as experts had warned, both the daily death count and the national total death figure have almost doubled in a matter of months.

“The number of deaths is on the rise, while daily PCR tests have even reduced by almost half. If we conduct more PCR tests, the number of Covid-19 infections will initially go up before coming down. It doesn’t mean we should stop conducting tests to show low infection figures,” said epidemiologist Dr Lhamo Sherpa.

Government officials and cadre members of the ruling parties have been asking the media to highlight the number of recoveries instead of new and active Covid cases. They still continue to say that the death of approximately 1,500 people with Covid infections was not caused by the virus but by other chronic diseases the diseased had.

Nepal is currently still in a critical period in its fight against the coronavirus pandemic, yet MoHP has stopped daily briefings on the situation. The figures presented by the ministry have been contentious at best and show fewer deaths than the record kept by the Nepal Army which was entrusted with managing the last rites of those who lost their lives to Covid infections. The army’s death toll, for instance, crossed the 1,400 mark a week ago. An MoHP committee formed to ascertain the actual number of virus-related deaths has so far failed to do its job.

Public health experts believe that infections are far more widespread than what official tallies show and that the numbers will shoot up drastically if the ministry boosts testing.

Nepal first went into a nationwide lockdown in the last week of March after the second Covid-19 case was detected. Before this, the government was in denial about the pandemic, officially acknowledging the need to intervene only once India announced a lockdown and sealed its borders.

During the first lockdown, the public largely obeyed the government’s instructions, shutting down business and remaining at home. But the government’s response did not extend beyond the lockdown and in no way prepared the country for what was to follow. Prime Minister KP Sharma Oli even cracked jokes about the virus, spreading misinformation that Covid-19 was just another flu and that Nepalis didn’t have to worry because of their superior immunity. He advised the public to drink turmeric water and consume garlic and ginger to protect themselves from the virus, while some parliamentarians even went as far as to make money out of selling coronavirus lockets.

Over the course of the pandemic, which has eaten away at livelihoods and exacerbated existing inequalities, the ruling party has prioritised internal conflicts over developing and implementing an effective Covid response strategy. It even tried to divert the public’s attention from the very real health crisis by stirring up the old controversy over the border issue around Lipulekh.

When it was clear that the coronavirus crisis was not going to fade anytime soon, the government started charging for PCR tests, treatment, and isolation. While this has served the purpose of reducing official figures, it has more importantly done a great disservice to those who cannot afford either testing or treatment. Many frontline workers who have risked their lives to provide essential services to the public have not been paid for their efforts, experts say. While the Supreme Court has issued an order forcing the government to resume offering free PCR tests and treatment, MoHP officials say it may take a while for these services to resume.

With the winter approaching, the situation could get worse. “Winter can set off both cough and cold. And an infected person in a closed, indoor setting could infect others quickly,” said Dr Sherpa.

Currently, the active case count stands at 38,912, and most of this is clustered in and around Kathmandu Valley. A total of 1,261 new infections were recorded in the valley on Wednesday, taking the valley’s total tally to 92,836. A total of 382 individuals infected with the virus are being treated in intensive care units and 95 others are on ventilator support in the country.

Much of Kathmandu’s healthcare system is already strained and many hospitals have rejected patients after knowing they were Covid positive, creating panic in the public. Thousands who have tested positive are isolating themselves at home, hoping their infections don’t turn severe enough for them to have to go to the hospital.

What India’s coal crisis could mean for Nepal

What is often left out of the picture and fails to garner attention of the public is Nepal’s energy needs during winter, which is fulfilled through Indian imports.