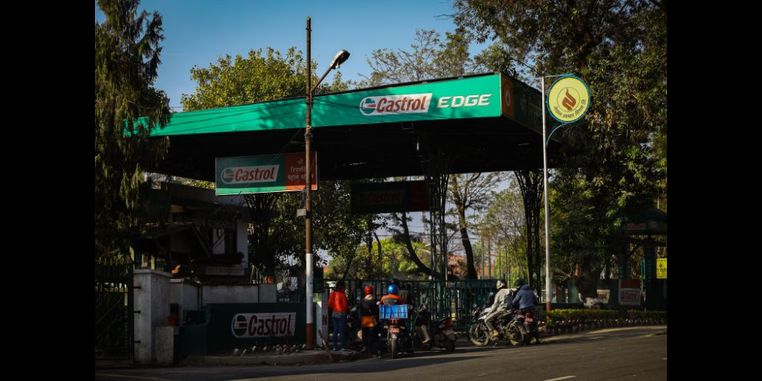 The Ministry of Health and Population said on Sunday that it was planning to conduct mass Covid19 testing in Kailali, Kanchanpur and Baglung in order to prevent possible spread of the virus. MoHP spokesperson Bikash Devokta said that authorities were working to track individuals who have been repeatedly exposed to the five people who tested positive for the coronavirus in the three districts.

The government has only tested 1,529 people as of Sunday afternoon. The number of tests is expected to increase in the upcoming days as the government has initiated testing in seven health facilities outside Kathmandu: Chitwan, Dharan, Pokhara, Janakpur, Surket, Hetuda and Dhangadi. Devokta said that testing would begin in Butwal later this week.

All quarantined in Kharipati test negative for Covid19

All 94 persons currently at a quarantine facility under the Nepal Army in Kharipati have tested negative for the coronavirus, according to the Ministry of Health and Population. MoHP spokesperson Devkota said that authorities were now preparing to release those quarantined. The individuals in question had entered Nepal by air from 20 March onwards when the government officially barred entry to passengers flying in from countries in the European Union, West Asia and the Gulf as well as Turkey, Malaysia, South Korea and Japan but flights were still bringing in passengers of Nepali origin.

Sudur Paschim Province chief minister Trilochan Bhatta has urged returnee migrants to stay in self-quarantine for 21 days. A day after three more people in his province tested positive for Covid19, Bhatta, in an official address, appealed to returnees and their families to support the government by staying indoors.

“I urge returnee brothers and sisters to stay indoors in self-quarantine, keeping in view the health and safety of their family and relatives,” said Bhatta.

On Saturday, three people, including two migrant workers returning from India, from the province had tested positive for the virus. Experts are warning of a possible outbreak as one of the victims had contracted the disease through local transmission. The Province is one of the least developed in the country with very few hospitals and negligible medical infrastructure suited to coping with a Covid19 outbreak.

The Nepal Nursing Council has appealed to nurses and health workers to keep their morale high as they are expected to be on the frontline of the battle against Covid19.

“Let us all be guided by our motto: live and let live,” NNC president, Binda Ghimire, said in a statement issued on Sunday. She also praised the courage and determination shown by nurses, midwives and other frontline health workers in controlling and preventing the spread of coronavirus.

NNC’s statement comes two days after the Ministry of Health and Population, in a strongly-worded statement, warned that it would scrap the license of health workers refusing to do their service out of fear of contracting Covid19 from patients.

At least five Nepali migrant workers in Saudi Arabia have tested positive for Covid19, according to Nepal’s mission in Riyadh. There has been a gradual rise in the number of Nepali migrants testing positive for Covid19 as the pandemic continues to spread rapidly in the Gulf region. Details are scarce due to lack of transparency, but more than three dozen Nepalis have tested positive for the virus in various work destinations including United Arab Emirates, Qatar, Bahrain and Kuwait. Rights groups have warned that migrant communities remain particularly vulnerable in these countries as a majority of them share small squalid accommodations with hundreds of people.

Rastriya Prajatantra Party chairman Pashupati Shumsher Rana called for the formation of an all-party mechanism on Sunday to work for the prevention and control of Covid19. In a series of twitter messages, Rana said that an all-party mechanism would be an ideal way to unite the country in dealing with the devastating impact of the coronavirus pandemic.

Like Rana, several other leaders from across the political spectrum have been voicing support for an all-party mechanism amid deteriorating public faith in the government due to corruption scandals. Nepali Congress president Sher Bahadur Deuba also held telephone conversations with all former prime ministers to discuss the Covid19 situation.

Rana, meanwhile, criticized the government for not doing enough to prevent the spread of the virus or provide succour to people affected by the pandemic. He also pointed to several other lapses including the failure of the government to punish health facilities, denial of medical services to patients, and ineffective monitoring of people returning from India.

Intoxication, Music, Revelations: A conversation with Rabi Thapa on Thamel

In his new book, writer Thomas Bell peels back Kathmandu's many layers for an intimate look at our capital city