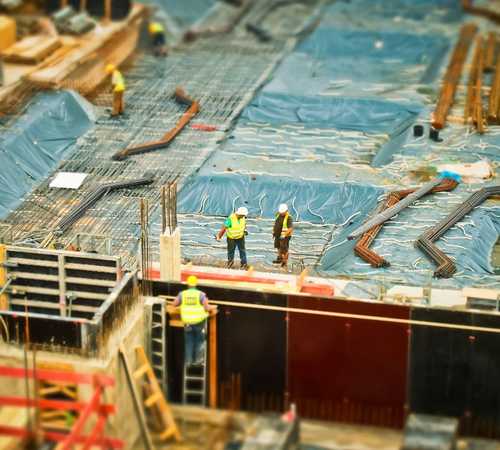 Qatar’s much-hyped reforms, brought about to improve the living and working conditions of foreign workers, have failed to make a genuine difference in the lives of around 173,000 domestic workers who continue to face mistreatment at the hands of employers, says a report issued by the global rights group Amnesty International (AI) on Tuesday.

The report, based on interviews with 105 domestic workers and activists, put a fresh spotlight on Qatar’s foreign employment sector where patterns of abuse — including physical and sexual abuse, confiscation of passports, humiliation, harassment, and widespread exploitation — have long defined the country’s notorious construction industry. Domestic workers, who have received far less media attention, have faced similar, and often far more serious and chronic, violation of their rights. For instance, breach in work contracts is so common that around 85 percent of interviewees told AI that they regularly work over 14 hours a day, often without rest or off days. Several others said that they were denied basic food, accommodation, and healthcare.

Reina (name changed), a 45-year-old Filipino woman, shared with AI how she had a car accident because of how overworked and sleep-deprived she was. “I went to sleep  at 1 am and at 3 am, the 17-year-old daughter of the house woke me up asking me to buy her a Red Bull,” she said. “Then, at 5:30 am, I started my usual work day washing the car and preparing to drive the kids to school. At 10 pm, I crashed the car into a wall.”

In 2017, Qatar introduced the Domestic Workers Law which stipulates limits on working hours, called for mandatory breaks, a weekly day off, and paid holidays.

“The introduction of the 2017 Domestic Workers Law was a step forward for labour rights protection in Qatar. Sadly, the accounts of the women we spoke to make it clear that these reforms have not been properly implemented or enforced,” said Steve Cockburn, head of economic and social justice at Amnesty International. “Domestic workers told us they were working an average of 16 hours a day, every day of the week — far more than the law allows. Almost all had their passports confiscated by their employers, and others described not getting their salaries and being subjected to vicious insults and assaults. The overall picture is of a system which continues to allow employers to treat domestic workers not as human beings but as possessions.”

The Qatari government has said that it will investigate the matter and take action against the guilty.

"If proven to be true, the allegations made by the individuals interviewed in the Amnesty International report constitute serious violations of Qatari law and must be dealt with accordingly," the Qatari Government Communications Office said in a statement.

After it won the bid to host the 2022 FIFA World Cup in 2010, Qatar announced a series of legislations to ensure the rights and welfare of migrant workers as per its international commitments. It also rolled out awareness campaigns for domestic workers and their employers and launched a pilot programme employing a small number of live-out domestic workers. Most recently, it introduced a minimum wage and abolished the requirement for workers to obtain their employers’ permission to change jobs or leave the country.

“While these legal changes may make it easier for workers to escape exploitative employers, they are unlikely to significantly reduce abuse or improve domestic workers’ conditions without additional measures to strengthen protections and ensure enforcement,” said AI in the statement.

Despite the legislation allowing workers to change jobs, some live-out domestic workers that The Record interviewed said that they have not been able to change jobs even though their employer had not paid them for more than seven months.

“Our manager had been corecing us to work at a lower wage giving the excuse of the pandemic. We would like to shift jobs, but we don't know how to do it,” said Sunita, a domestic worker who has been stuck in Qatar without work for the last eight months. Sunita and around two dozen other women had to receive food aid from a charity after her employer started rationing her meals after the Covid-19 crisis began. Many of her friends took up their manager’s offer and are working at lower wages.

Governed by the Islamic Sharia law until recently, the domestic labour sector has long remained beyond scrutiny despite isolated media reports on repeated acts of exploitation.

The report comes as a wake-up call for countries like Nepal to mount pressure on Qatari authorities to do more to protect the rights of their citizens, mainly women migrant workers working as domestic help in the Gulf. Exact data is hard to come by, but there are an estimated 8,000 Nepali women who work as domestic help in Qatar. Nepali media has long highlighted the ordeal of Gulf-returnee female migrant workers, although only a few women have officially reported the abuse to government agencies and I/NGOs. Media reports suggest that in the last decade, more than 100 women have returned from the Gulf with children born out of rape.

Following widespread reports of abuse, Nepal suspended issuing permits for new workers to travel as domestic workers to Qatar and six other Gulf countries in 2018, but recruitment agents continue to smuggle them by faking work contracts. The decision was later revised to give re-entry permits to those who had previously worked in these countries. Many others shifted to domestic work after reaching Qatar with contracts on outdoor jobs such as cleaning.

In 2015, Nepal introduced a new guideline on domestic workers necessitating employers to specify the minimum wage as well as other facilities in the contract itself. The guideline also mandated that employers bear the cost for accomodation, food, communication, and health facilities. The directive has largely been ignored due to the reluctance of Gulf countries to abide by the new terms and conditions.

Tikamani Neupane, a spokesperson at the Department of Foreign Employment, said that it is due to the unwillingness of labour-receiving countries to abide by these conditions that Nepali workers are facing recurring bans.

“There will continue to be restrictions until these countries agree to hire workers on our terms and conditions,” said Neupane.