When global mobility restrictions were at its strictest, some migrant workers who died to Covid-19 returned home as ashes in a box. Their families are still being deprived of compensation. 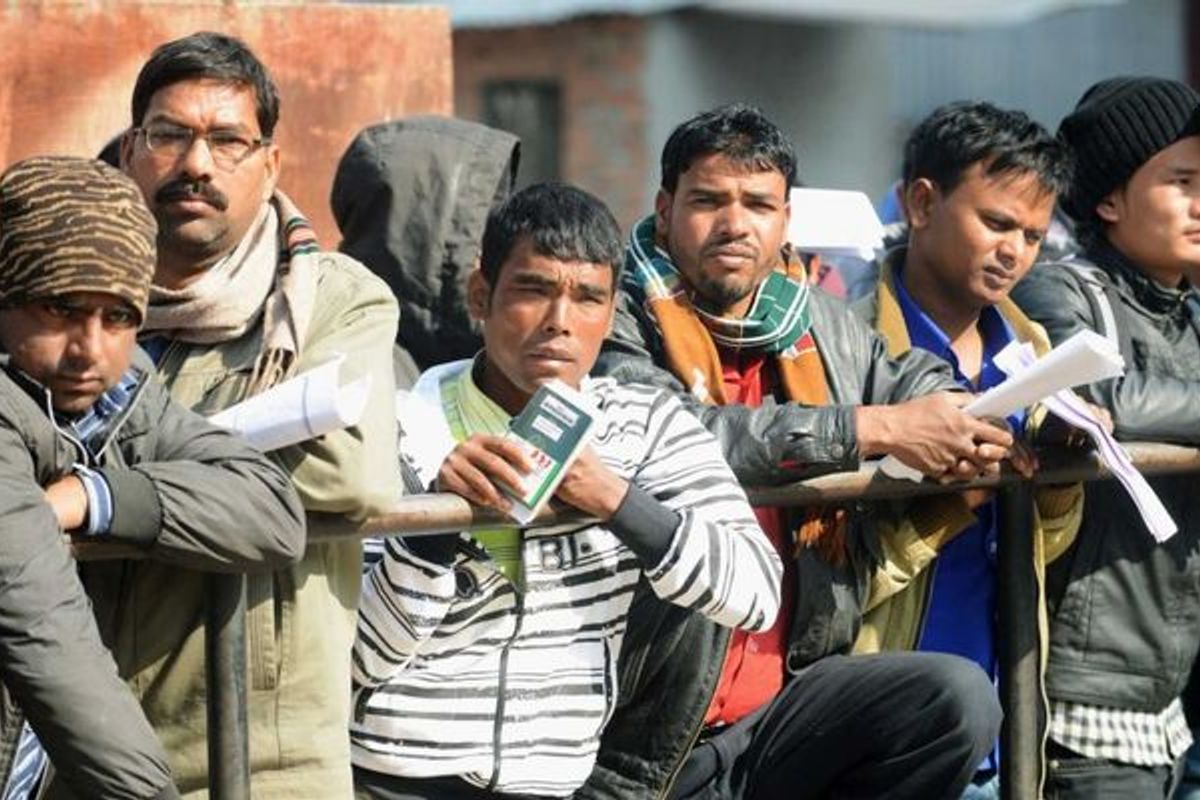 When Mano Paswan left to work in Malaysia three and a half years ago, he had probably never imagined he would not make it back home.

A resident of Ekdara Gaunpalika-4 Chakwa of Mahottari, 39-year-old Paswan did labor work in Malaysia, like thousands of other Nepalis. But then the pandemic struck in 2020 putting economies around the world into a crisis amid global mobility restrictions. And the first to lose their jobs were migrant workers like Paswan. Millions returned home but thousands more found themselves unemployed and stranded. Paswan too was preparing to come back home but then he contracted COVID-19 and a few days later he died.

With him being the sole breadwinner of the family, his wife Sumintra now has no means to feed herself and her children, two sons and a daughter. They have been living with her brother in his house.

For months following Paswan’s death, Sumitra with her brother would go to the district administration office every day with documents to claim compensation and insurance money for his death. But to no avail.

Officials would turn them away saying that because Mano did not have proper documentation, his family could not claim the compensation amount. In April 2020, the government of Nepal had announced that the family of a deceased worker would receive Rs700,000 from the Migrant Workers’ Welfare Fund managed by the Foreign Employment Board.

Besides getting government support, families of migrant workers who die abroad are also supposed to receive insurance money. The insurance claim can be up to Rs1.4 million based on the nature of death and the insurance package, according to Rajan Prasad Shrestha, executive director at the Foreign Employment Board, in a report by The Kathmandu Post.

But Paswan’s family has not been able to receive anything from the government.

When Paswan had gone for foreign employment three and a half years ago, he only had a term life insurance for two years. The extra year and a half he spent in Malaysia, he was working as an undocumented migrant worker, as he did not renew his documents. His family, who are mostly uneducated, say they had no idea what paperwork he had to fill.

To add to their misery, Paswan’s family never got to bid a proper farewell as well. While several bodies of workers who died in labor destination countries were repatriated as soon as flight restrictions were called off, some people were cremated or buried abroad owing to transport difficulties. Paswan was one of them.

With no body to perform final rites with, his family had to cremate a mass of the ‘Kusha’ grass that was shaped like a human body. Kusha is a kind of grass which is harvested on the day of Kushe Aunsi and is used in various rituals.

Like Paswan, there are many others in foreign employment who have lost their lives to Covid-19 in foreign lands only to return as ashes in a box. According to the Foreign Employment Board, 1,242 people lost their lives in the fiscal year 2077/78 in labor destination countries. The board record says 427 Nepalis died abroad due to various diseases. But the death toll from COVID-19 infections has not been confirmed.

The family of Ramdev Mahato, 39, of Gaidhabhetpur in Samasi Gaonpalika-4 of Mahottari district has not been able to come to terms with the grief that came with his death. Mahota died in September this year from COVID-19 while working in Malaysia.

His two daughters and one son still ask when their father will come home.

Ramdev's family too has not been able to claim the insurance money, as his term life insurance too had not been renewed. Here too, family members say that they had no idea such documents had to be renewed.

Even after the expiration of the term of those who have term life insurance, the representatives of the embassies, insurance companies or manpower of the concerned countries did not contact the workers or their family members. In such a situation, where do you place the blame? On the uneducated migrant worker or the educated people responsible for running the system? And who should pay the price?

The Foreign Employment Board states that Rs. 634.09 million has been distributed to the families of 1,242 people who died in different countries in the fiscal year 2077-78 BS. Similarly, insurance companies have provided more than one billion rupees to the relatives of the deceased. But Paswan and Mahato are not among these numbers.

According to Nepal Labor Migration Report 2020, the districts with the highest number of foreign workers are from economically deprived districts like Dhanusha, Siraha, Jhapa, Mahottari, Morang, Sarlahi, Saptari, Sunsari, Rupandehi etc. And a majority of these workers come from low-income backgrounds with little to no education.

Already, the pandemic has put millions out of a job and pushed them further into poverty. And with options to earn a decent income few in Nepal, people will choose to work as migrant workers no matter the consequences.

And workers are leaving already. According to The Kathmandu Post, in December 2020, “several hundred people have been going abroad on visit visa to countries such as the United Arab Emirates and other destinations for Nepali migrant workers … by dodging the country’s foreign employment rules.”

This is grim news. And with the pandemic far from being over, what this means for others like Paswan and Mahato remains to be seen.